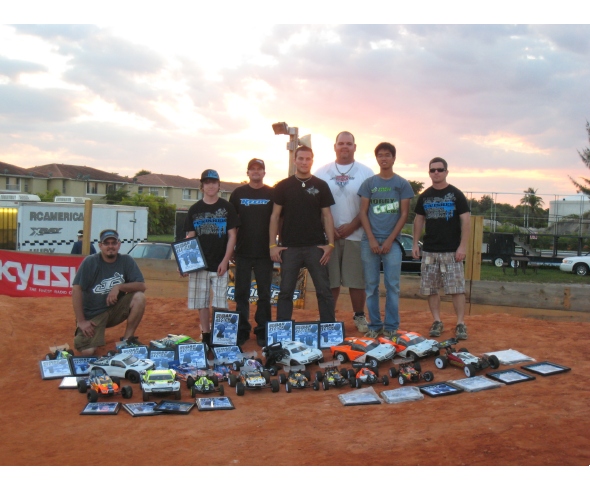 JConcepts reigns supreme at the 2010 Region 4 Championships taking the win and TQ in every 10th scale class (10 for 10).

Once again the Region 4 Championship was hosted in Coral Springs, FL at one of Florida’s premier tracks. The CSRCCC club ran an outstanding program and supplied the best racing surface on the planet. The layout was fast, flowing, and had plenty of elevation changes, which made for some great racing for the 130+ entries.

With the edition of Short Course racing and ROAR’s new 17.5 stock classes; we had a total of 11 classes including an option class for 1/8th electric. We raced 3 rounds of qualifying with single A-mains; all races were 6 minutes long.

The 17.5 stock classes (buggy & truck) were dominated by Dave Duncan. Dave Tq’d both classes and went on to win both classes. Dave settled on his favorite tire combination of Double Dee fronts and Flipout rears for both buggy and truck.

The Super Stock classes proved to be one of the most competitive classes of the weekend. Mike Applegate waited for the last round of qualifying to make his mark and laid down 2 impressive runs to take TQ honors in both truck and buggy. Like Duncan, Mike chose Flipout rears for both truck and buggy, but opted for Groovy and Carver fronts.

The mains told a different story however with Tim Kowal taking the win from 4th on the grid in truck. Tim got the job done with JConcepts Blue Bar Codes on the front and rear of his T4.1 truck. Buggy also had a surprise; Scott Delfino from 8th on the grid had a fantastic start and drove a great race to take the win. Scott opted for the ever popular Flipout/Groovy tire combo for his B4 buggy.

2wd mod was another super competitive class with TQ honors going to Paul Wynn. Paul stuck with his favorite combo of Blue Bar Codes front and rear on his B4.1. The main had Jeremy Harris and Felix Law taking over the early lead, but in the end Jeremy put in a flawless run to take the win. Jeremy also chose JConcepts Blue Bar Codes for the front and rear of his B4.1 buggy.

4wd was the Felix Law show. Felix dominated qualifying and the main with his B44 equipped with JConcepts Double Dee front and rear tires.

Stock SCT was another class dominated by one man. Dave Bowser TQ’d and won the main with his SC10. Dave chose JConcepts Double Dee’s front and rear tires along with the SCT-R Raptor body.

Mod SCT was also ruled by one man. Jeremy Harris TQ’d and won the main using JConcepts Bar Codes front and rear with a SCT-R Raptor body all mounted on his SC10.

It was a fabulous weekend of racing and special thanks to the CSRCCC crew for an outstanding track/facility. 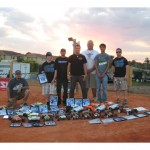 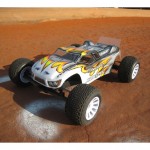 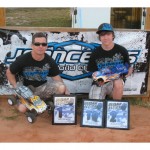 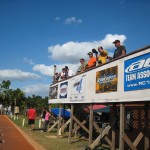 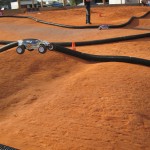 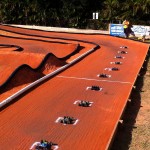