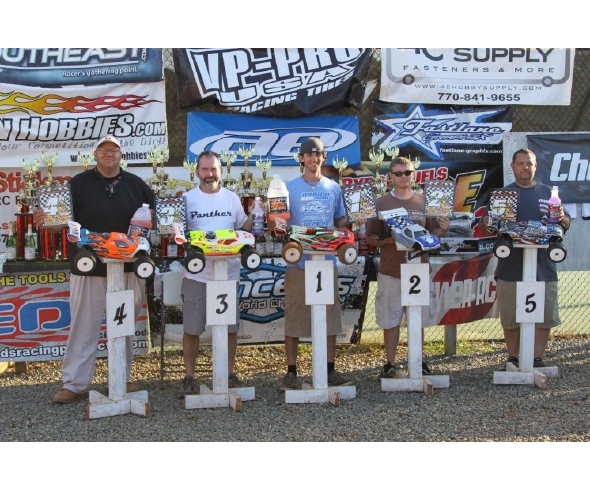 The weather was perfect for the racers to run on the well prepared track, until the thundershower on Sunday. There were lots of great racing in both the electric and nitro classes.

Pro Truggy was TQ’ed by Travis Dupree. After the downpour on Sunday the mains were shortened to 30 minutes. At the end of the race it was JConcepts driver, Barry Pettit taking the number one spot with Cody Ingram in second and JConcepts driver, Randy Cooper in third.

Pro Buggy was TQ’ed by JConcepts driver, Chris Pace. This race was also shortened due to the weather. Pace and Pettit battled early in the race until Pettit experienced a mechanical issue moving him out of the hunt. JConcepts driver, Timmy Smith was a close challenge but couldn’t catch Pace. It was Pace, Smith, and Dupree taking the top spots.