From JConcepts:
When it came time to make changes and upgrade the original Team Associated RC10GT, there were some 1996 updates featuring front and rear shock tower geometry changes. Along with these changes, the truck took on some changes in the body department to house the new shock positions and increased width of the body for different engine and exhaust combinations.

As the RC10GT evolved, the team went to a flat chassis layout and then later extended the length to keep up with the demands of higher speed tracks and increasingly bumpier conditions. The Gas Truck body 2 was the combination of everything racers loved about gas powered stadium trucks in the mid to late 90’s. By this time, a slightly rounder, softer look was being adopted into the mainstream and nobody knew gas racing like “the team.”

JConcepts, with approval from Team Associated, have reintroduced the genuine “GTB2” shell to the masses. This allows the faithful to recreate, rebuild and race with authentically styled bodies from the heyday of competitive gas truck racing. A lot of work went into making this project a reality and thankfully, Team Associated preserved the iconic molds from the 1996 calendar year. JConcepts was able to restore older generation construction and with a blend of today’s materials, the GTB2 body is back out on the market.

Everyone knows the body 2 style, the front hood-scoop which is forged over the front shock geometry with soft lines along with front headlights and grille. The neutral cab design with built-in number plates and roll-bar stand-out which gave enthusiasts their first memory of gas stadium trucks. Wheel wells on this body are extremely simple, captured with body lines allows the customer to alter them and reconfigure as wanted or needed. The wider stance of the body was handy for using different engine types featuring side exhaust or incorporating the use of a pull-start from an RTR engine.

The 1996 body includes a rear spoiler which is much needed for slippery race conditions and 3mm mounting hardware. Also, the set contains window mask, and, of course, clear polycarbonate body (no decal sheet included). The product is always backed by JConcepts customer service, supported, and developed by professionals with style and authenticity. 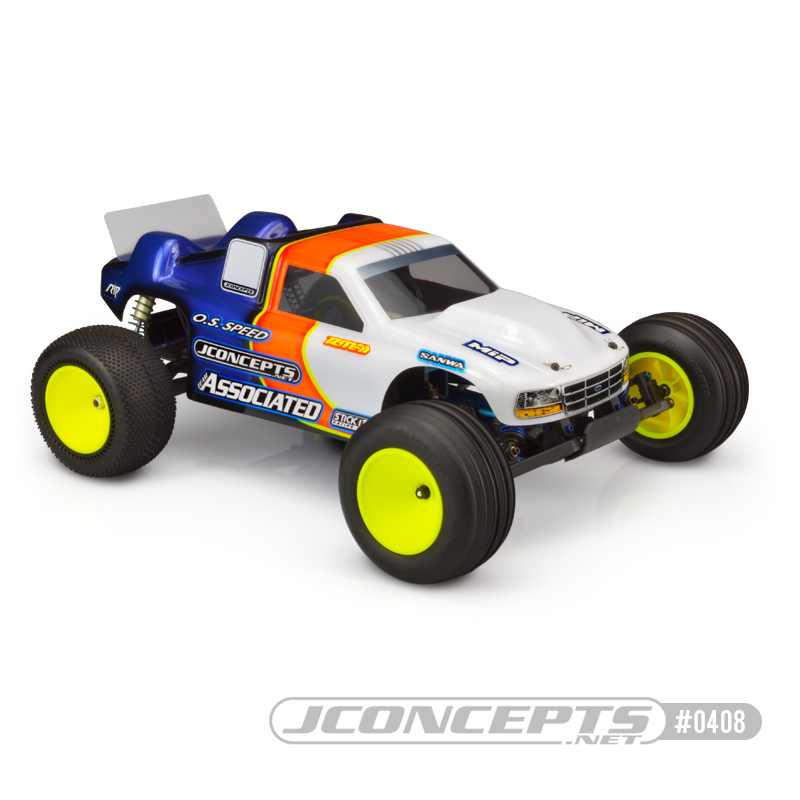 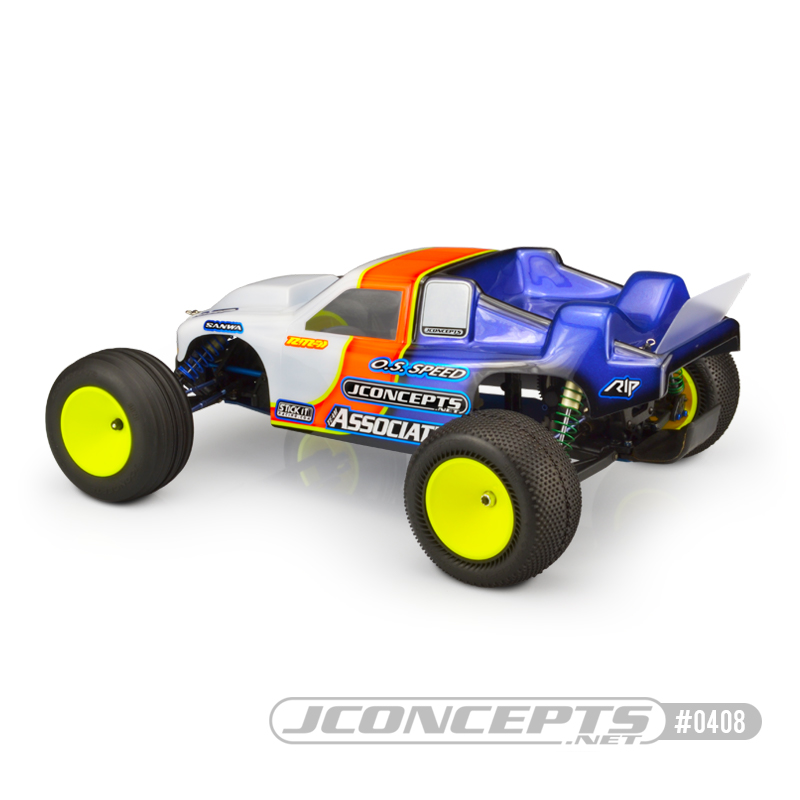 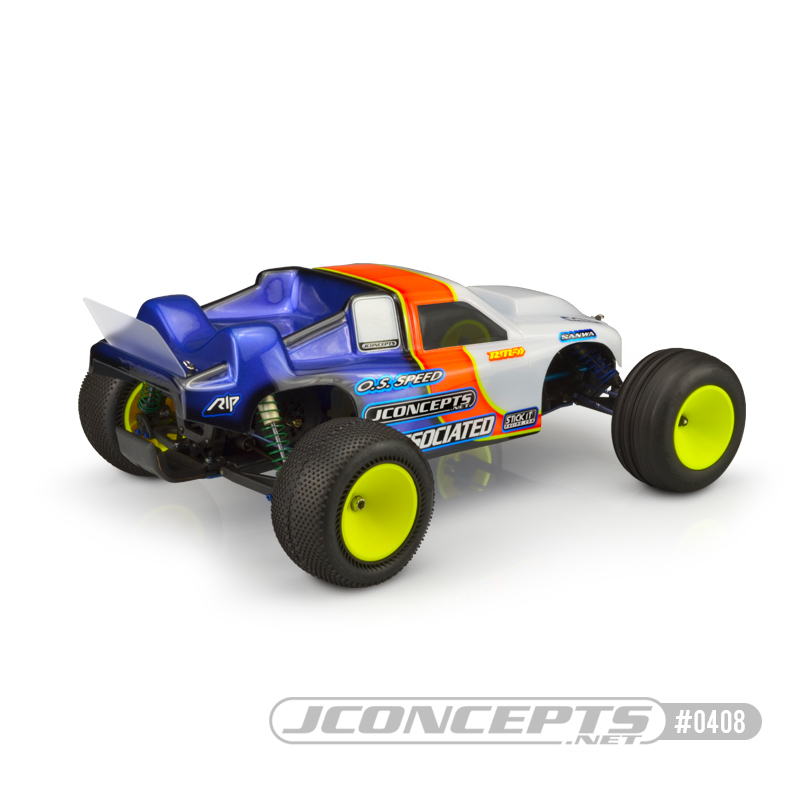 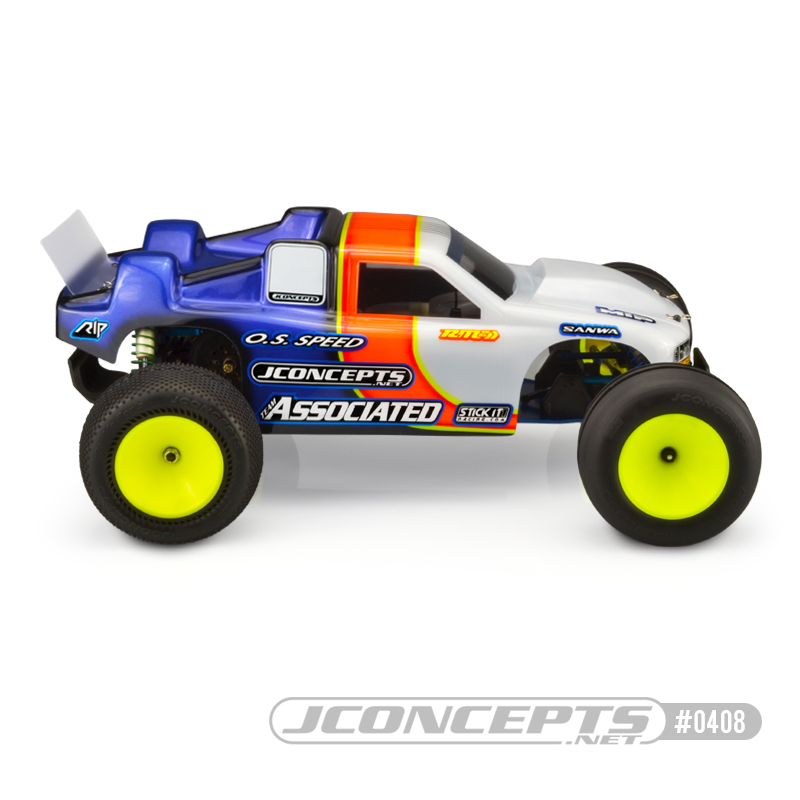