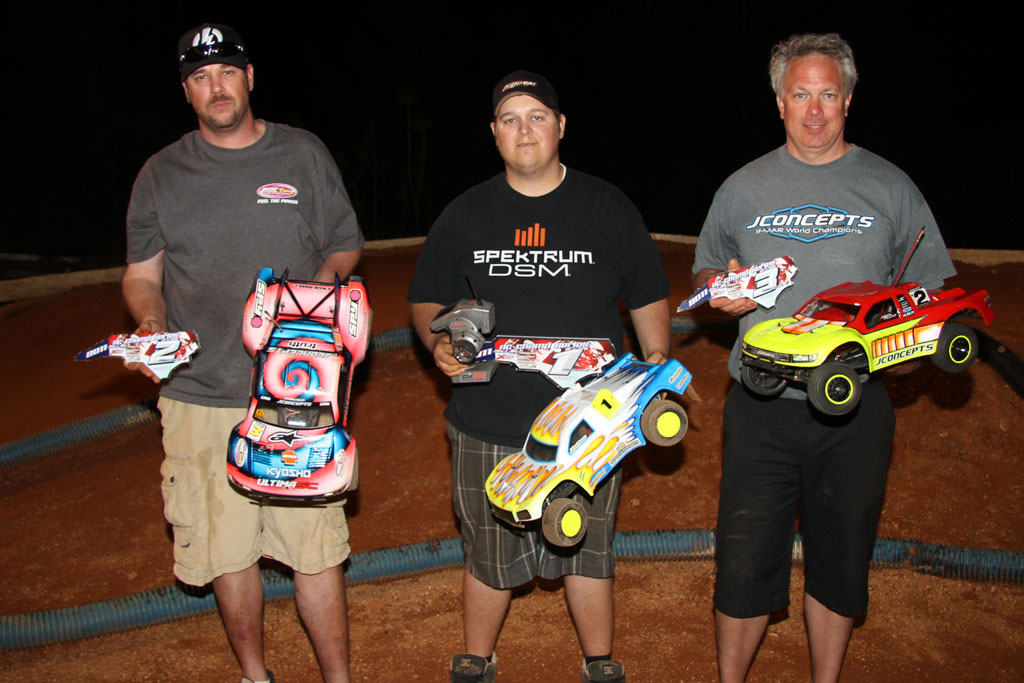 Round 1 of the North Carolina Championship Series was run in Cherryville, NC at Nitro Valley Raceway. After the original date was washed out, a good crowd of SCT’s made the return for the event. Met with Friday rain, and a drizzle over night. The track crew did an amazing job to get the event in. A shorter program was in place, due to the time to get the track race ready. Starting with wood chips, saw dust, and mud. First round was a guess, due to very few, if any, practice laps. The JConcepts over trays were getting a lot of attention from those who didn’t have one.

With the sun out, the second, and final round of qualifiers were on a packed, but drying surface. Drivers were getting comfortable on the new layout. Lining up for the A main, Max Fluer had the top spot. At the tone, he used it to get out, and never be challenged. Second qualifier John Piant rolled it on the first lap giving his spot to third qualifier Seth Wrobel. At the half way point, John and Seth were battling back and forth and Max was checked out. At the finish, it was Max, Seth, and John. All three using JConcepts Double Dee tires on front, and rear.