JConcepts hit the track at the Reedy Race of Champions with an all new body design specifically for the latest generation of 1/10th off-road racing. Cleverly named, F2, the unique design quickly raised some eyebrows during competition and proved effective on the ground and in the air. Designed with aspects learned from the original Finnisher bodies, the F2 provides an even more aggressive look with included details which remain crucial to performance.

The F2 body is a drop fit for the popular Team Associated B6 | B6D buggy. Cut-lines are included on each side of the body to accommodate stand-up 3 or 4 gear and lay-down transmission layouts giving all out versatility. With the evolution of race tracks, complicated circuits combining more aggressive jumps and extremely high-speed corners, JConcepts incorporated many features which provide several benefits in the most critical situations. Increased windshield angle provides a steady force upfront during mid-flight wind gusts on large jumps. Forward cab placement changes performance / visible bias which help steering rotation in low traction corners.

The side-pods have been simplified and JC chamfered to remove unwanted changes in height to neutralize the at-speed handling. The front of the pods have a dual step, scoop treatment which give a first in class look to the F2 body. The rear of the cab has the Finnisher step feature which allows the placement of a secondary side window and also several louver options off the rear which can be trimmed to allow air to escape at the top of the body. 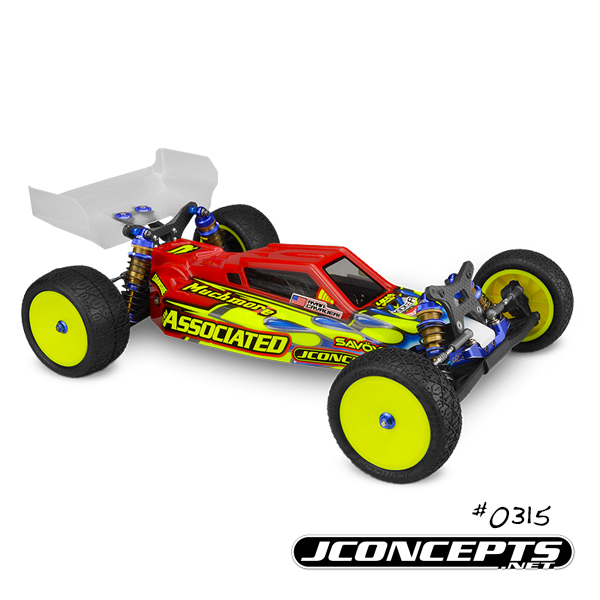 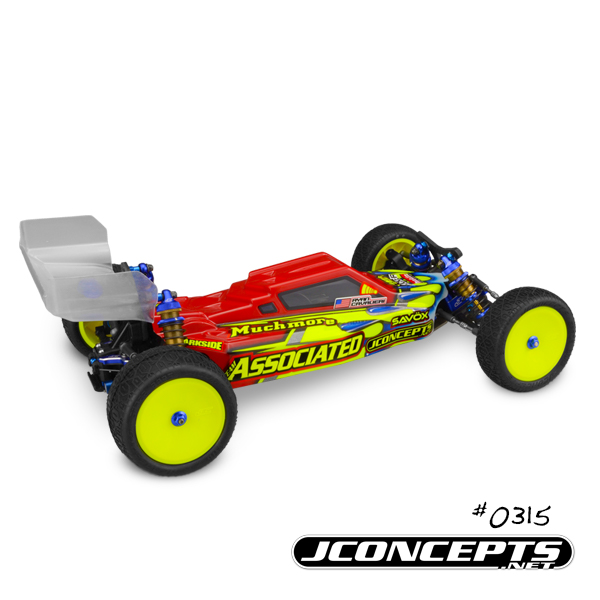 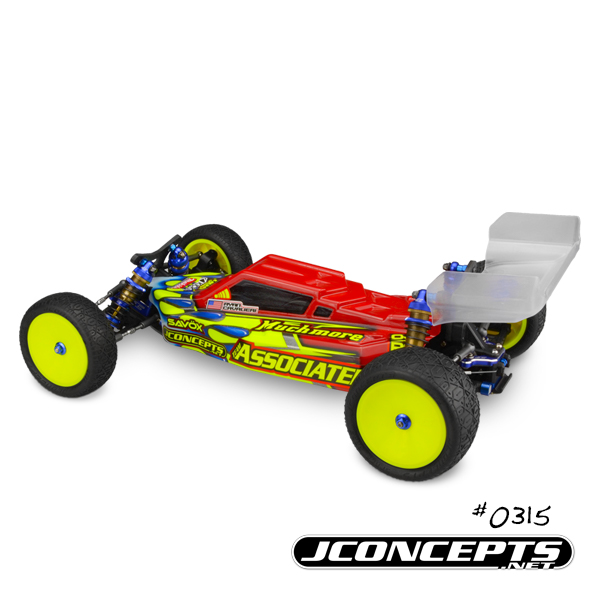 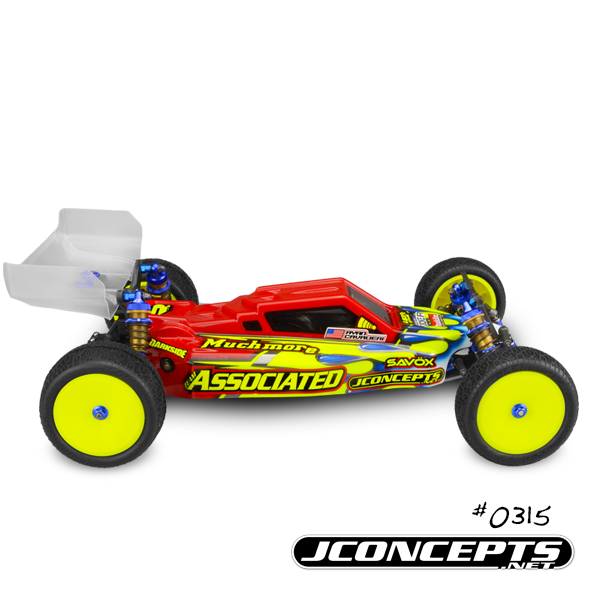