From JConcepts:
Masami Hirosaka TQ’s, and just like that, Team Associated released the RC10B3 during the 1997 IFMAR World Championships. Quietly, during the span of 1995 through 1997, Area 51 worked on the follow-up design to the successful RC10 platforms with a major release scheduled during the high-profile event. One of the improvements or updates made to the design was the body shell.

The event took place at the legendary Ranch Pit Shop in Pomona, California, and ultimately Brian Kinwald claimed his 2nd IFMAR title. After the triple A-mains, Masami Hirosaka placed 3rd overall and other B3 drivers such as Mark Pavidis, Scott Hughes, Mark Francis and Jason Ruona also made the A-final with their new prototypes. The A-team was proud enough of the accomplishments to include Masami’s car into magazine ads and include A-main drivers on the kit box to signify the release.

JConcepts, with approval from Team Associated, have reintroduced the genuine RC10B3 body shell to the masses. This allows the faithful to recreate, rebuild and race with authentically styled bodies from the heyday of competitive rear bias cab, back closure buggy bodies. A lot of work went into making this project a reality and thankfully, Team Associated preserved the iconic mold from the 1997 race year. JConcepts was able to restore older generation construction and with a blend of today’s materials, the RC10B3 body is back out on the market.

The B3 kit body was one of last 2wd buggies to include a body that included a closure or back portion of the shell under the rear wing and protection above the transmission. These details were preserved and highlighted, and the body is drop-fit to a generation of Team Associated vehicles from the 3 platform era. Each package includes window mask, 5.5” rear wing and clear polycarbonate body (no decal sheet included). The product is always backed by JConcepts customer service, supported and developed by professionals with style and authenticity. 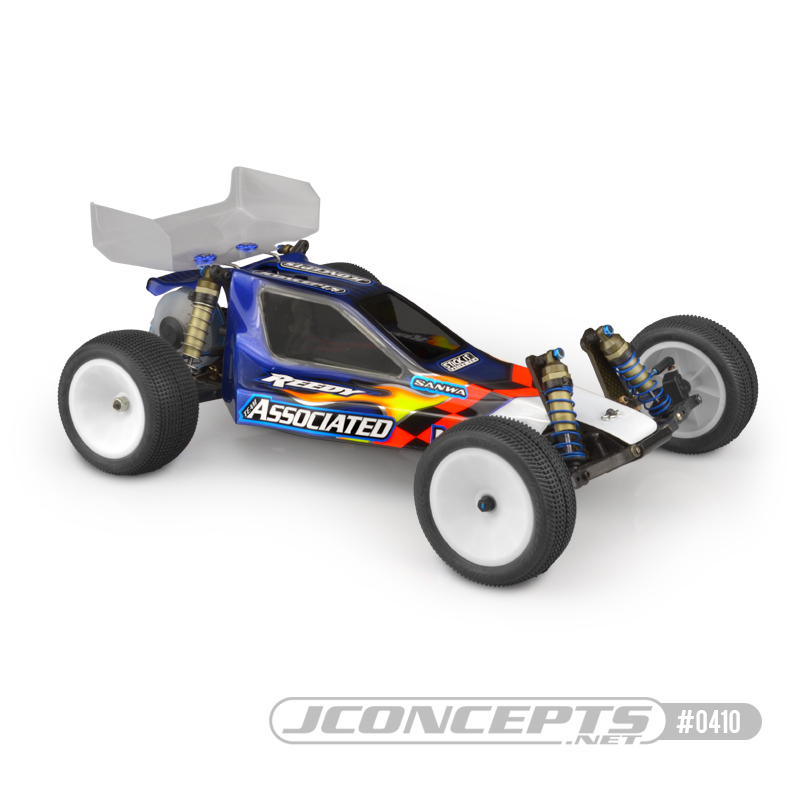 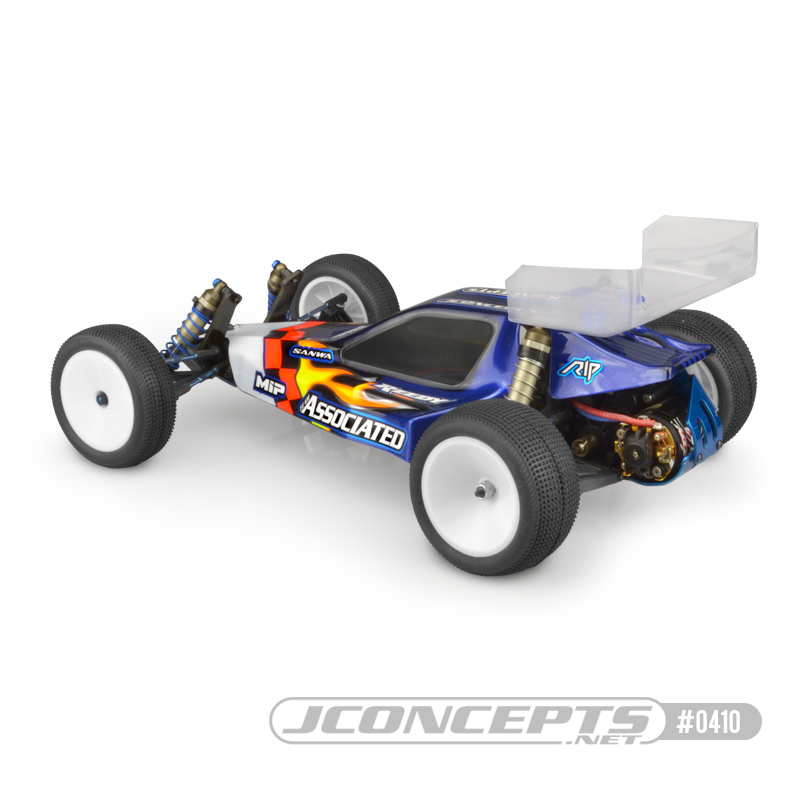 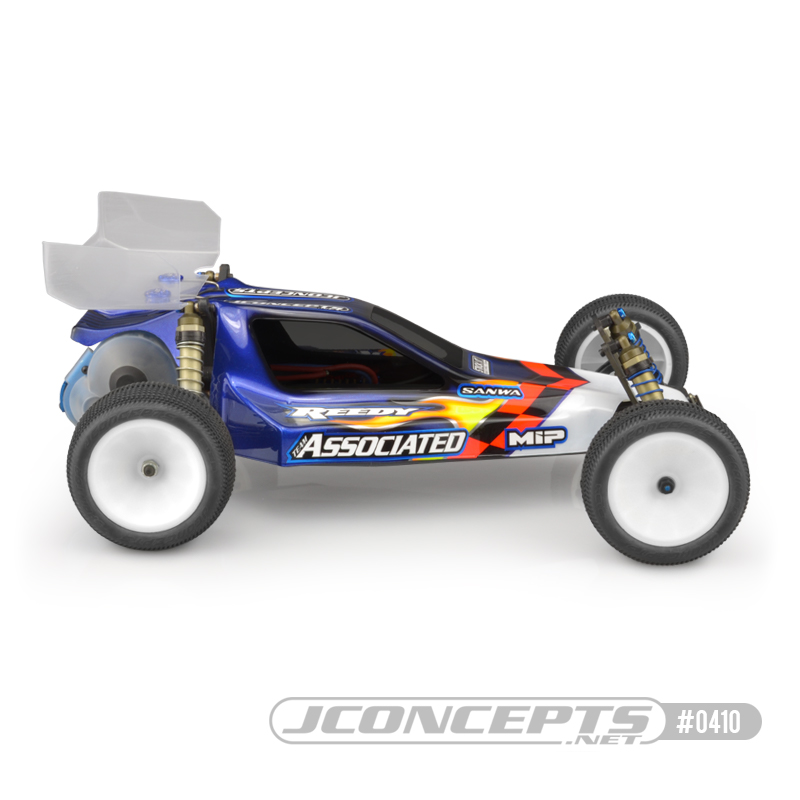 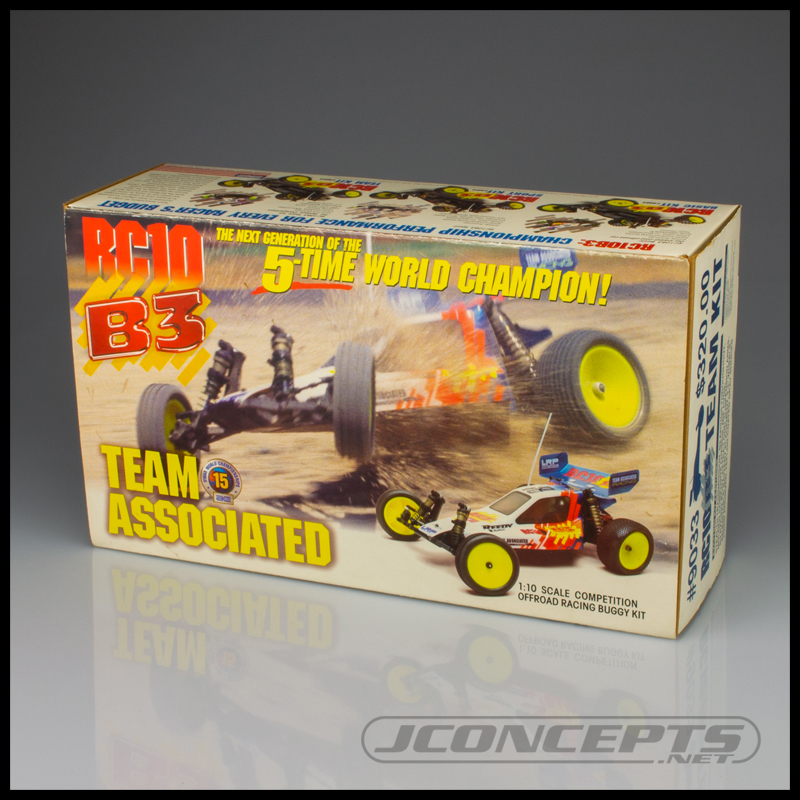 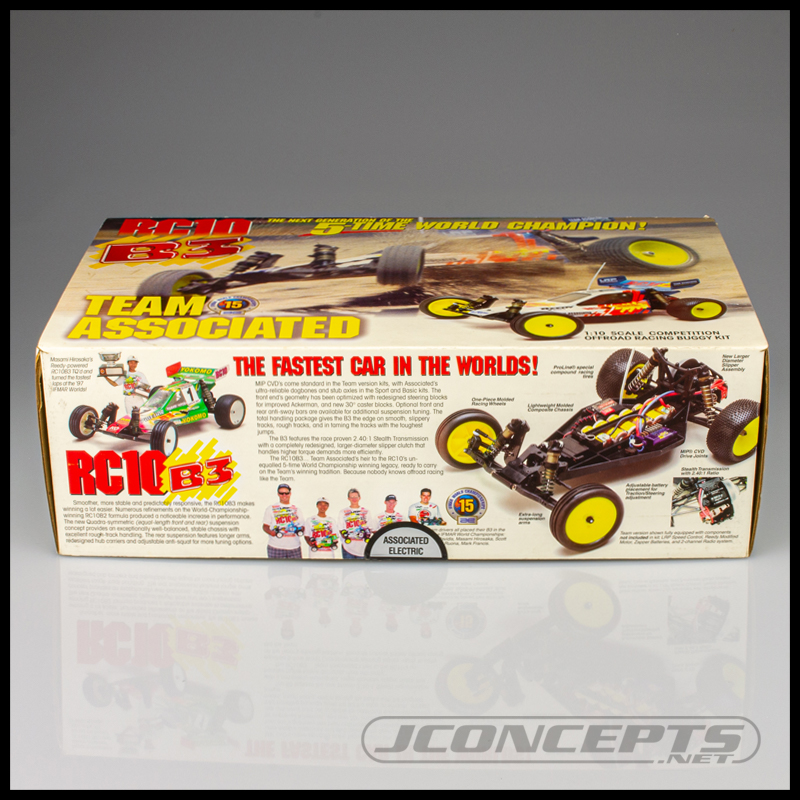