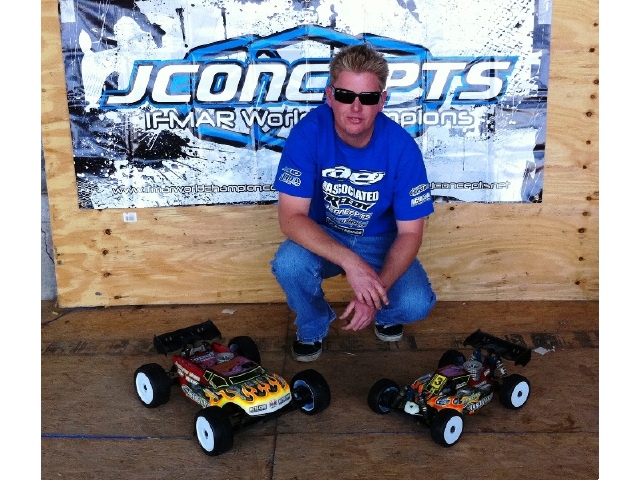 With the first race of the New Year everyone had all their new cars and accessories on full display. JR wouldn’t be left out and was rocking some new JConcepts products for 2011. For buggy he chose the new Hybrids in the SS Green compound and for the truggy class he was testing the new exclusive Subcultures in SS green compound.

With the mains set, JR was ready to step up his game to the highest level. He got main day started off with a dominating performance in the Pro Truggy Class. His JConcepts equipped RC8TCE was the class of the field as he went on to win the 30min A-final wire-to-wire. Next up was the super competitive Pro Buggy Class were JR would put together one of his most impressive drives of the weekend. Starting 3rd on the grid he wasted no time making his move to the front with his JConcepts equipped RC8B. Within the first 3 turns JR made his way past Gene Hickerson and then Billy Easton for the lead. Once in the lead he went on to lead every lap of the 30min A-final and finishing 1 lap over 2nd place Billy and Gene finishing 3rd.

Once again FSORS and Kenny Holmes put on a great race.