Perhaps one of the most critical performance items on a 1/10th off-road buggy is the rear wing. Drivers are constantly searching for the optimum balance between steering and forward stability. The new Aero wing has intriguing details, a leading edge that drops below the mounting point that acts in a scooping manner. What separates the #0169 wing from the standard #0168 is the shorter deck length, otherwise known as the “chord length.”

The shorter chord has less rear overhang allowing for quicker rotation in the 180 degree turns and will have less impact in gusty wind conditions or long aerial maneuvers. The center channel is just narrow enough for the B6 wing mount assembly but drops the wing at just the correct height and position. The side-dams feature large openings for tire clearance and expansion.

An innovative forward gurney option gives drivers an adjustment that previously hasn’t been available in the class. Clipped rear corners help minimize flex breakage which is so common on 1/10th off-road racing machines. The wing cut-lines are unmistakable JConcepts, highlighted by the now standard, front corner angle. The joint wing assembly includes two wing pieces in each package for added value. Feel the balance with the Aero wing by JConcepts. 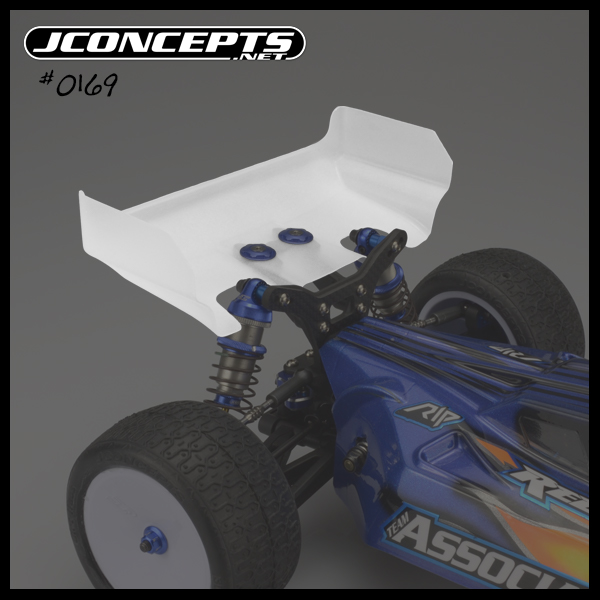