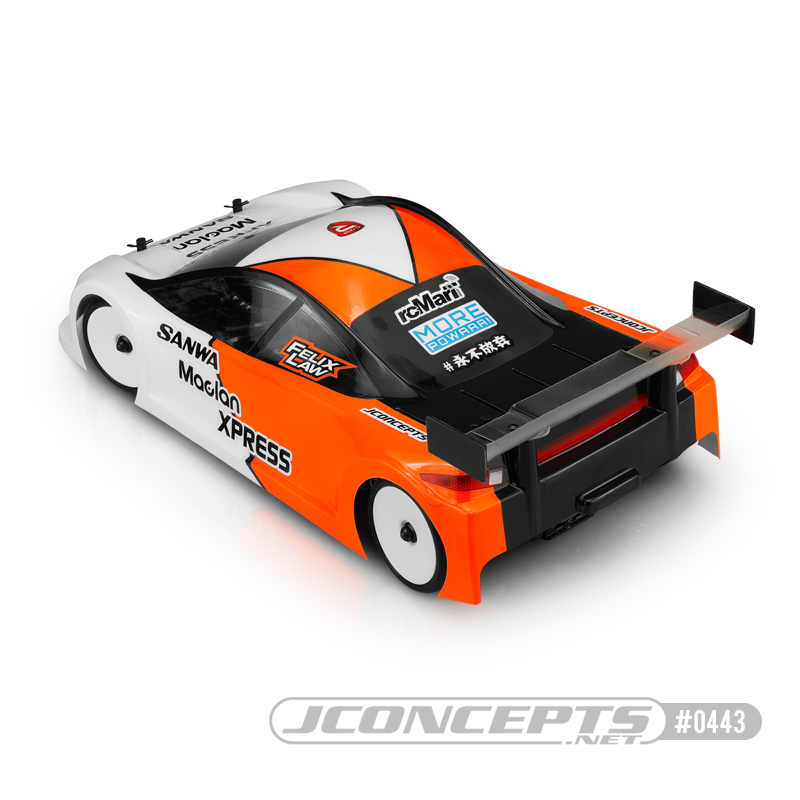 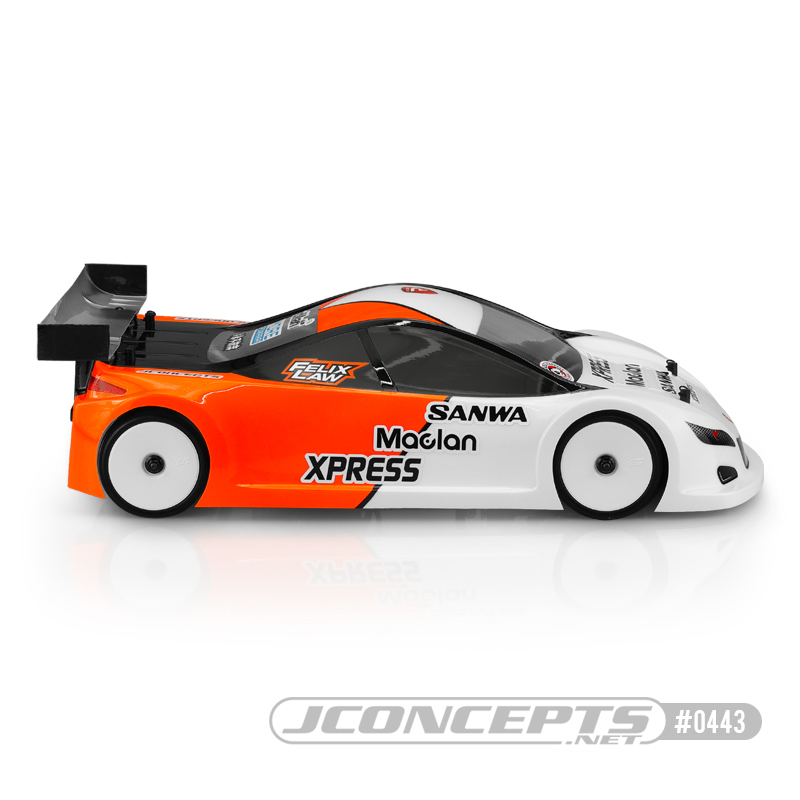 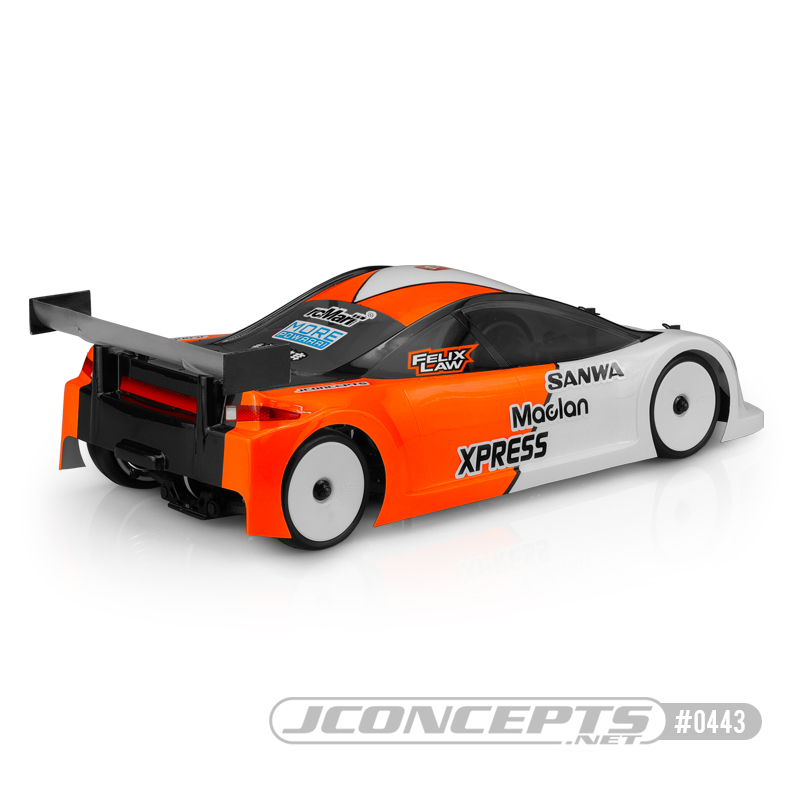 From JConcepts:
The JConcepts team is back with a follow-up on successful touring car bodies to release the new A2R. The test team have enjoyed driving, turning and racing with the new A2R during the development stage and now the ROAR approved body is ready for production release. The new drivers body has fundamental differences necessary for performance starting straight-away in the front-end area. The shrunken front-end is considerably laid-back, shortening the nose allowing the force to be placed over the front tires.

A-pillar rails extend over the hood for some air deflection straight over the nose and strengthens the front wheel well area. The front windshield is tucked back inside the rails sunk and connected to the aggressive roofline giving the A2R its distinctive shape. Behind the front wheel well and in front of the rear wheel well is a definitive edge that strengthens the openings and also provides better race posture. A hard edge runs the bottom of the rocker-panel providing more grit to the design while also providing extra front to rear rigidity.

Moving to the rear section of the body, the trunk area has plenty of deck overhang. The rear overhang is important, a critical part of the body which controls down-force and provides the placement for the rear wing. A small kick-up or built-in spoiler at the tail end of the body helps stabilize the car at high-speed. To complete the look and finish, the bubbled roof profile and minimally structured greenhouse area allows the body to blast high-speed sections.

Included in each body set, a JConcepts A-One decal sheet and paint mask for all windows. The rear wing option is light-weight and high-downforce with separate side-dams for the ultimate stability. To attach the rear wing, 3mm mounting hardware and plastic nuts are included to complete the light-weight assembly. As always, each body set is backed with JConcepts customer support and racing heritage.

Several versions of the A2R hit the track in the later stages of 2020 with driving by Paul Wynn, Felix Law and Dave Vera. In an all pink paint scheme, Dave Vera took to the track for round 1 of the Florida State Electric Auto Racers Association event and swept the 17.5 and modified touring car classes. The A2R had serious lift-off in the competitive hands of Felix Law and continued the winning ways in Round 2, 3 and 4 of the series dominating a 2021 series.

The A2R body is built for all 190mm width touring car vehicles and was designed to meet all the ROAR “global body spec” rules. Standard thickness is most comparable to all sturdy racing bodies on the market. Light-weight is a thinner gauge material, most often used on the world racing scene for the most experienced or weight-conscious racers. The rear wing is 182mm wide and includes side-dams attachable with double sided tape (not included). 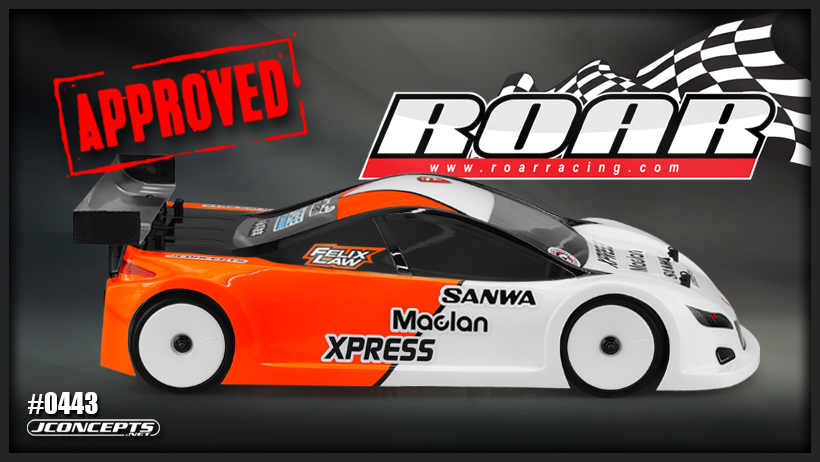 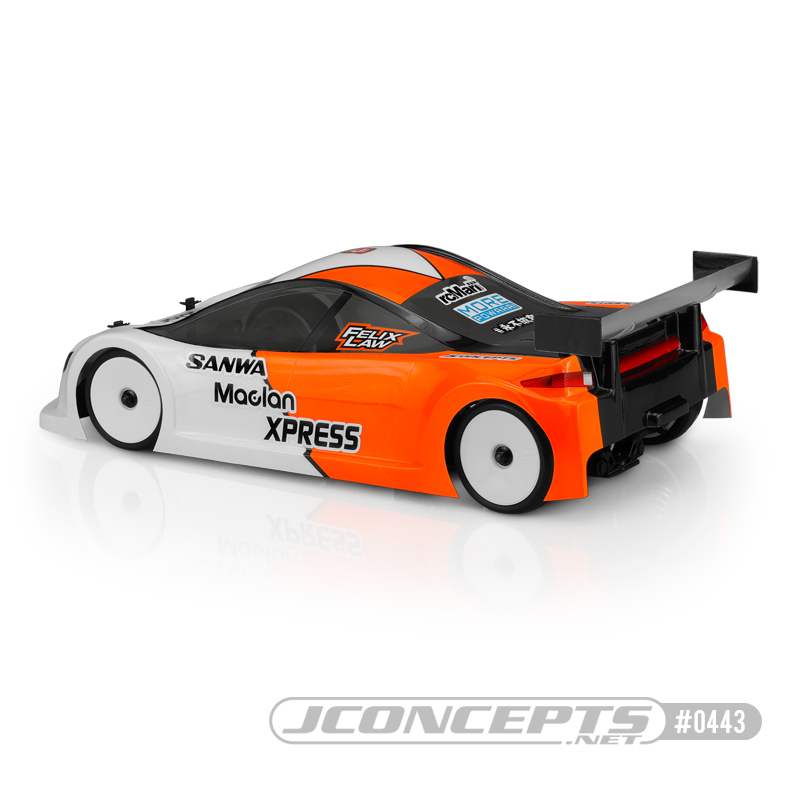 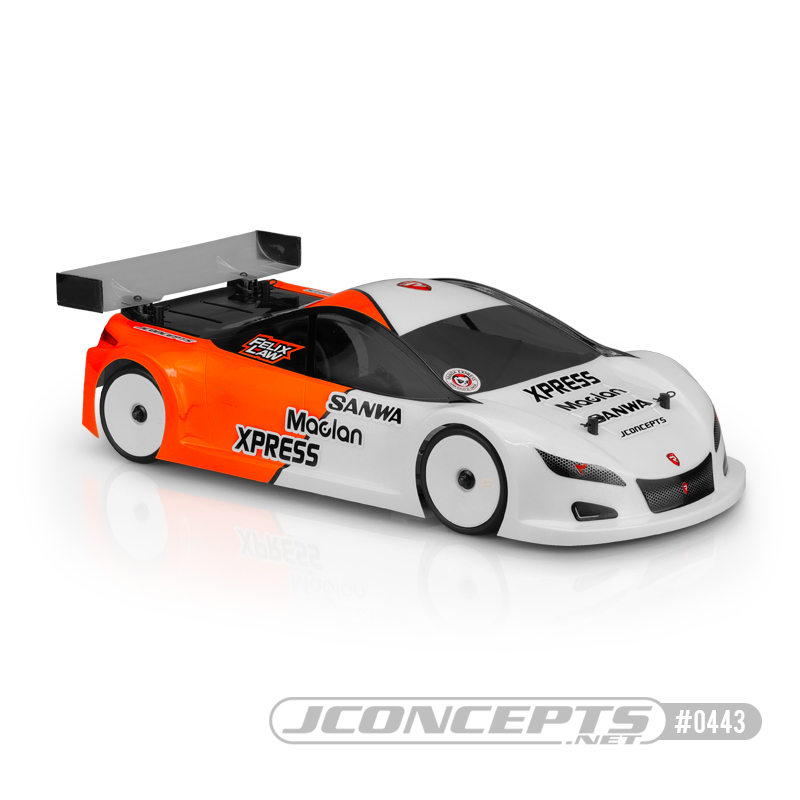