From JConcepts:
The JConcepts team has turned up the intensity in the on-road segment introducing the A1R touring car racer body. A true drivers body, the new shell has fundamental differences necessary for performance. When the team hit the track during the 2018 ROAR Nationals, it was apparent there would be a new era starting in touring car racing. As a racing veteran for almost 30 years, Paul Wynn went to work sculpting a new A1R. After input from National Champion, Ryan Cavalieri the new speedster started to take shape.

First, the front-end was considerably laid-back, shortening the nose allowing the force to be placed over the leading-edge of the front tires. A-pillar rails extend over the hood for some air deflection straight over the nose. The front windshield appears sunk, however its widely connected to the aggressive roofline giving the A1R its distinctive shape. Behind the front wheel well and in front of the rear wheel well a definitive edge strengthens the openings and also provides better race posture. A hard edge runs the bottom of the rocker-panel providing more grit to the design while also providing extra front to rear rigidity.

Moving to the rear section of the body, the trunk area was reduced giving the body a much shorter overhang. The rear overhang is important, a critical part of the body which controls down-force and provides the placement for the rear wing. To complete the look and finish, the bubbled roof profile and minimally structured greenhouse area allows the body to whisk through high-speed sections.

Included in each body set, a JConcepts A1R decal sheet and paint mask for all windows. The rear wing option includes two styles, first a standard lip design and a gurney option for the ultimate rear down-force tuning. To attach the rear wing, 3mm mounting hardware and plastic nuts are included to complete the light-weight assembly. As always, each body set is backed with JConcepts customer support and racing heritage.

Several versions of the A1R hit the track in the summer of 2018 with final testing performed by Paul Wynn and AJ Marasco. In all yellow paint detail or full customized paint, the body took to the track on a hot day and proved fast, competitive and full of potential. After some tweaks in the pit area utilizing rear wing options and body mounting position, Paul was able to become victorious on the Florida State On-Road Series.

The A1R body is built for all 190mm width touring car vehicles and was designed to meet all the ROAR “global body spec” rules. Standard thickness is most comparable to all sturdy racing bodies on the market. Light-weight is a thinner gauge material, most often used on the world racing scene for the most experienced or weight-conscious racers. Wheel well openings are pre-marked on the clear body (253.5mm), however, depending on the length of the vehicle, these may be altered slightly by the user. The rear wings are 180mm wide each with one featuring a slight gurney for added rear grip. 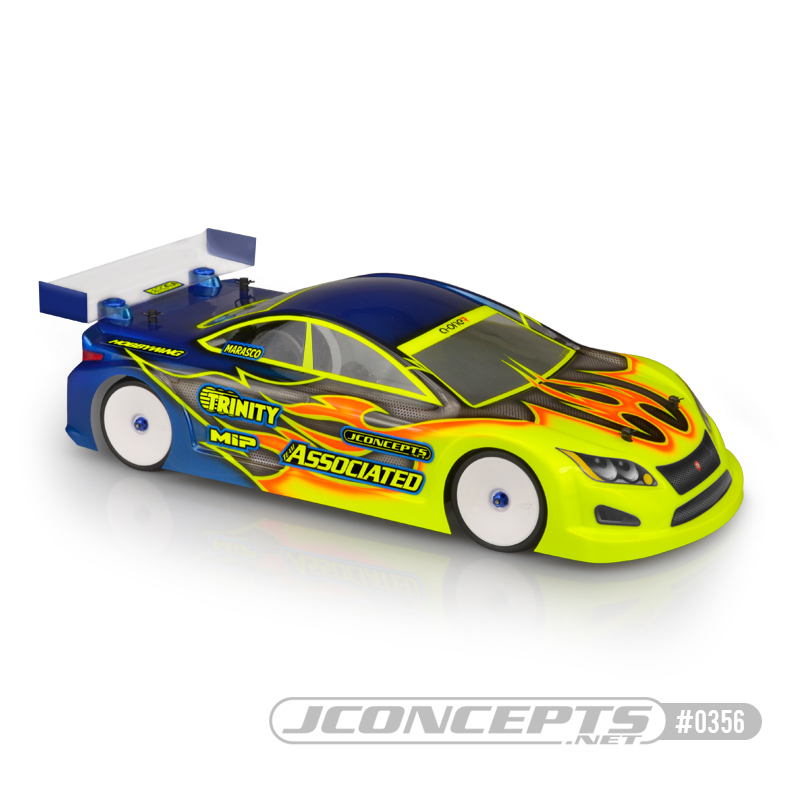 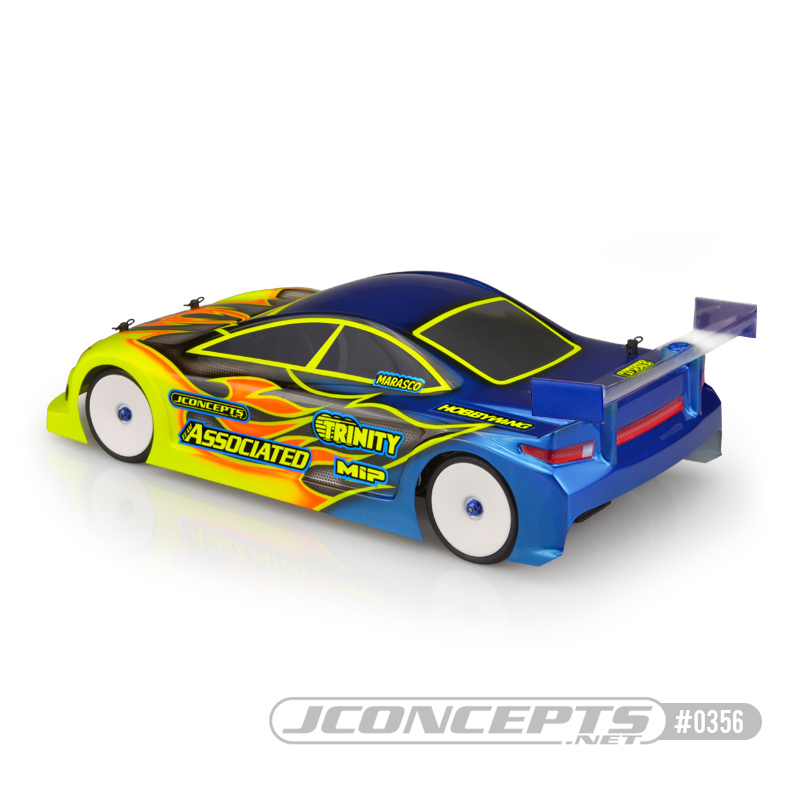 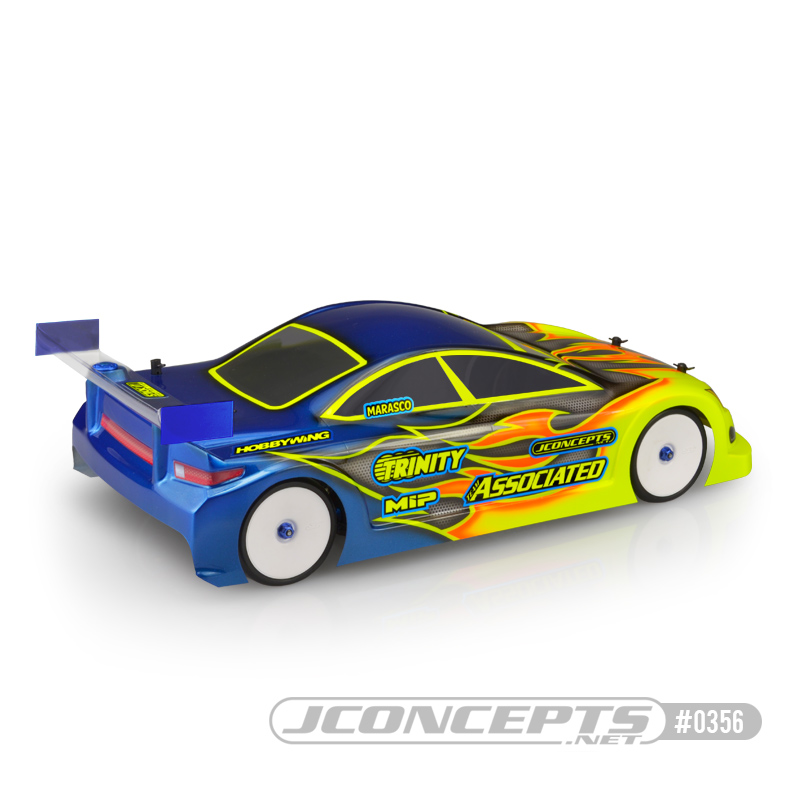 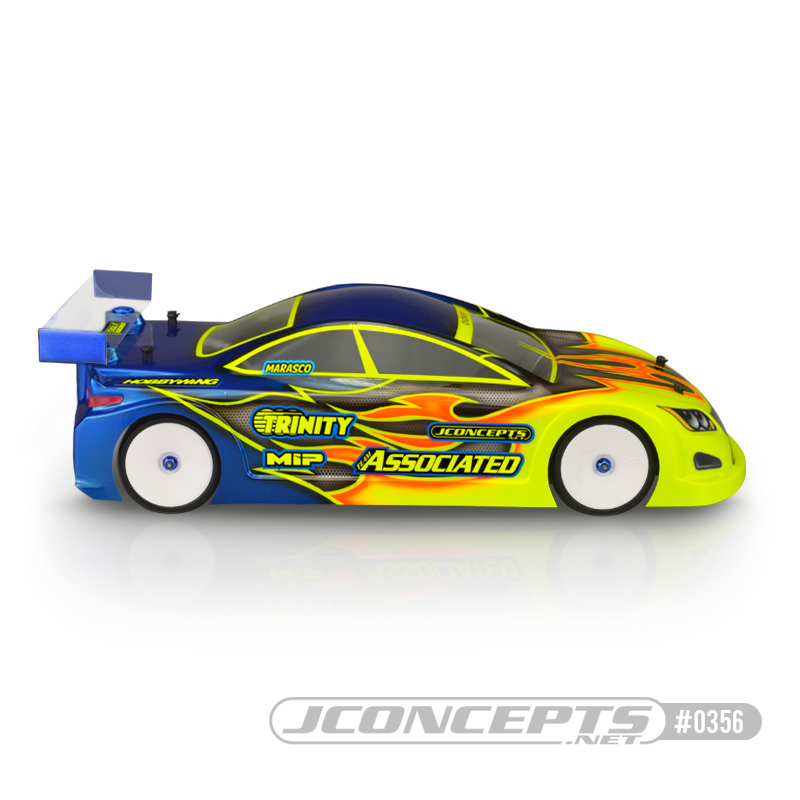