From JConcepts:
When Ford Performance revealed the quickest drag racing Mustang ever, it was just a matter of time before it made it to the RC scene. Thanks to JConcepts, the Cobra Jet is now part of the line-up and a continuation of RC drag racing performance from the Florida based team who spearheaded the segment with the Street Eliminator concept dating back to 2017. The 2018 Ford Mustang features a very athletic look, new front and rear-end design that show off a leaner and mean look with refined aerodynamics.

JConcepts is completely in touch with the drag racing community, the reality being there are many classes and forms which have spawned since the class opened. The Ford Mustang in Cobra Jet trim is perfect for vehicles such as the DR10, 22-S, and Drag Slash and the ever-growing range of performance and outlaw-based race cars. In racing classes which encourage a street-able machine, less bolt-on parts and accessories, the Mustang might be the perfect shell for racers trying to preserve stock looks or while racing the popular 13.5 class.

The overall look of the car’s design is very muscular, chiseled in detail on the front-end include upper and lower grille placement and a built-in and progressive splitter. The headlights have an angular and scowled look placing the focus into a straight-line. Formed in to the body shell, the front scoop synonymous with the Cobra Jet has the perfect blend and stance showing off a low-profile look. The large format front windshield and split side-windows are proportioned to the fast-looking canopy. The rear window spills off on to the rear deck which can be driven stock with no wing or add the included rear wing for added rear downforce.

The packaged set includes overspray film on top of the body, window mask for quick paint, prep, and detailing. The product is always backed by JConcepts customer service, supported, and developed by professionals with style and authenticity. JConcepts, since 2003 – World Proven Innovation and Design. 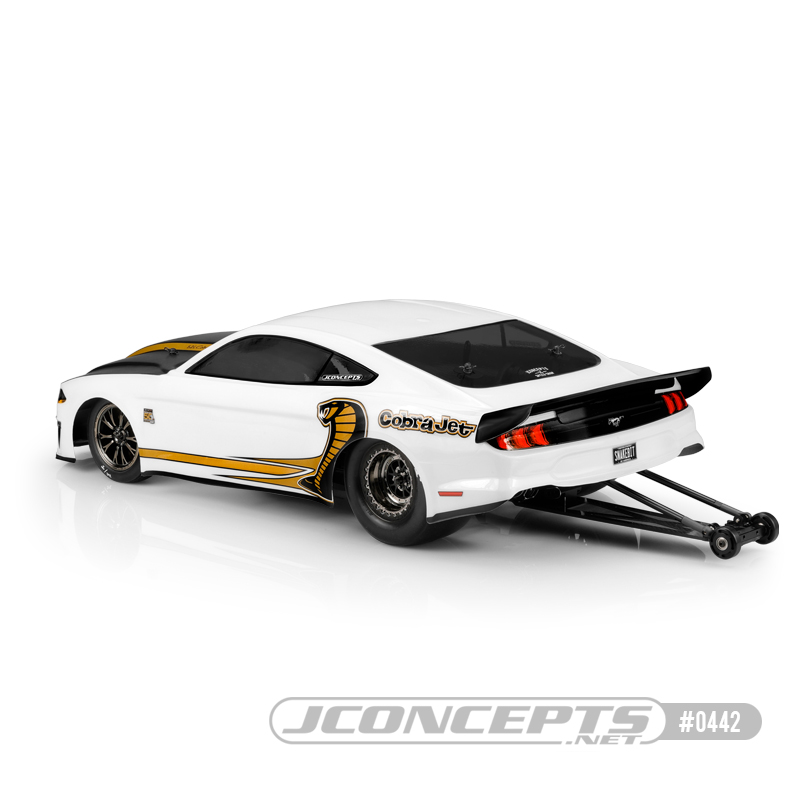 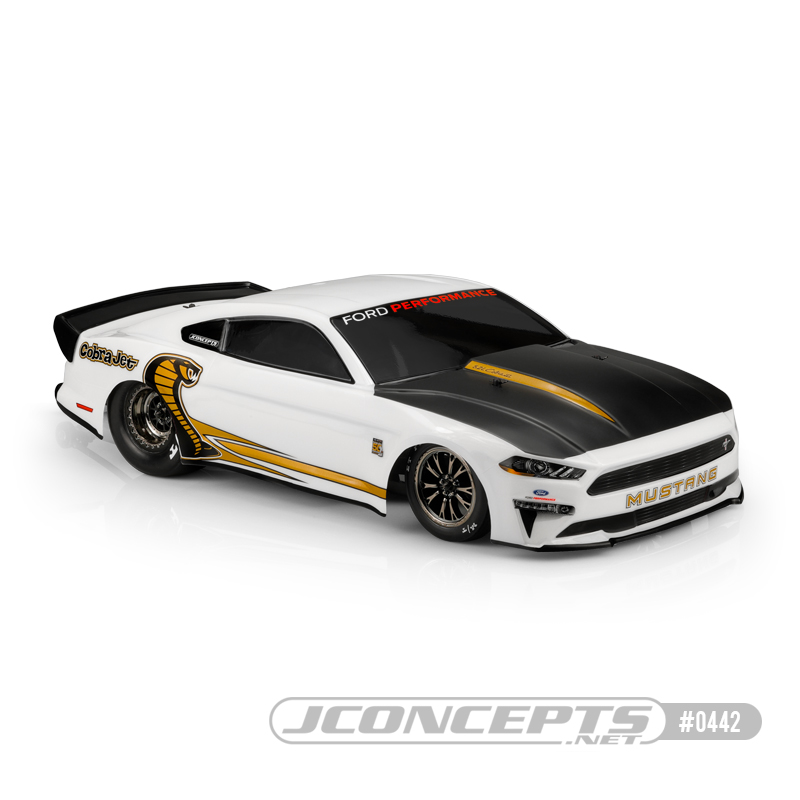 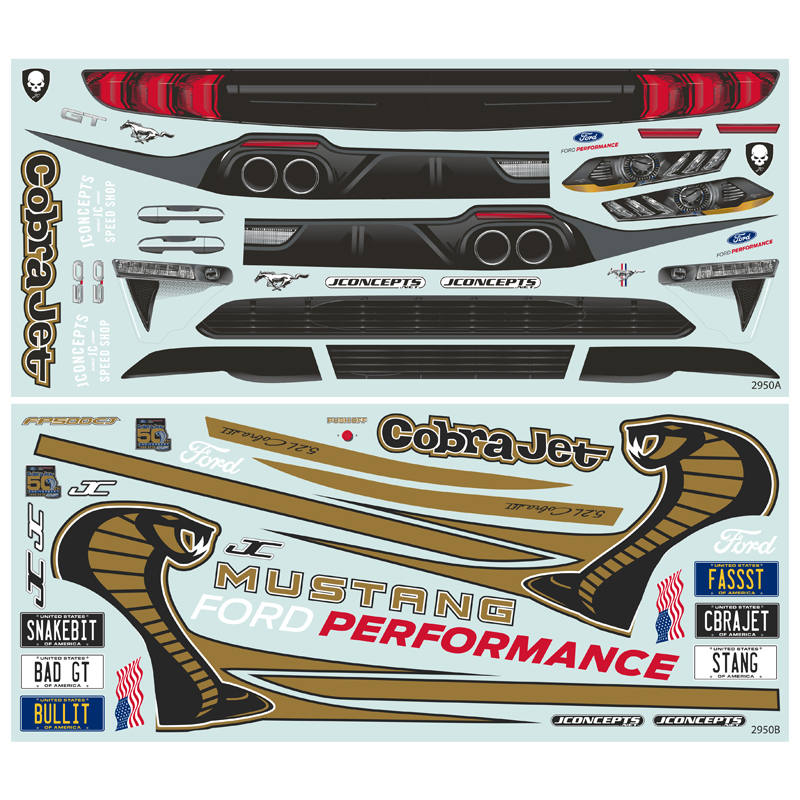 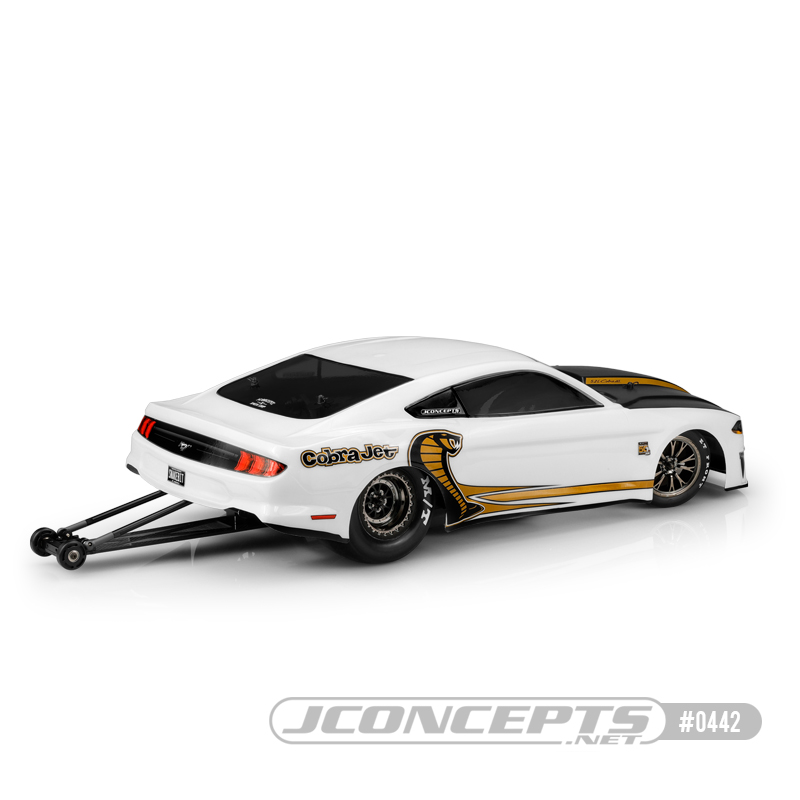 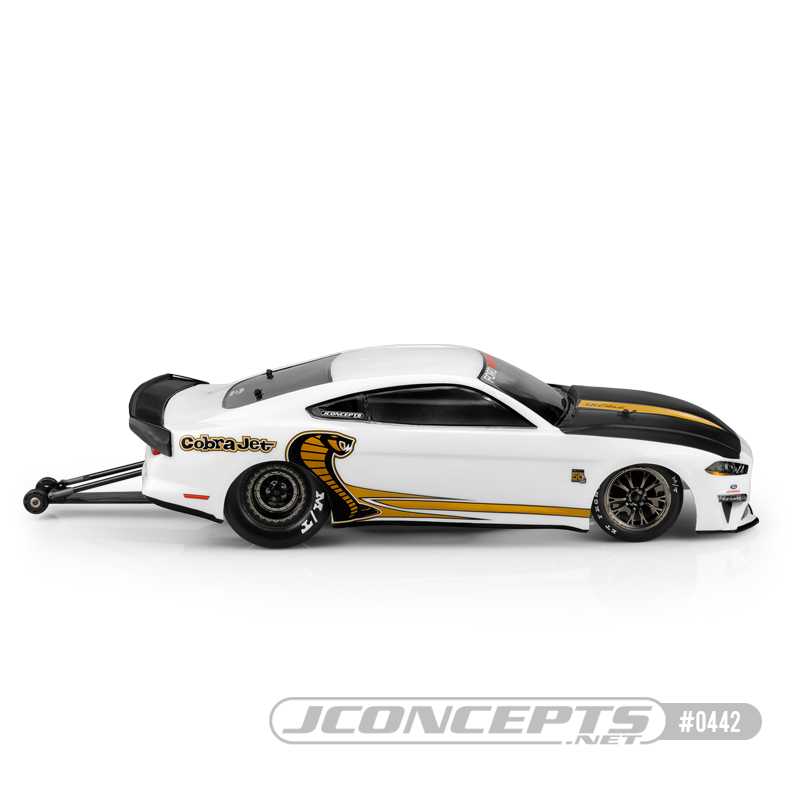