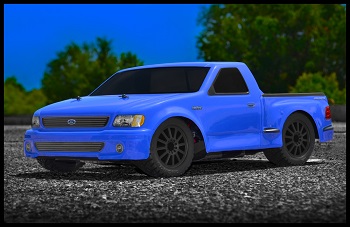 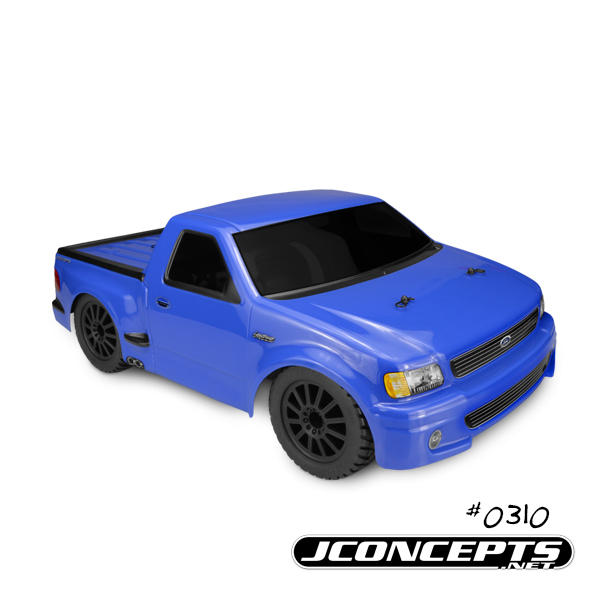 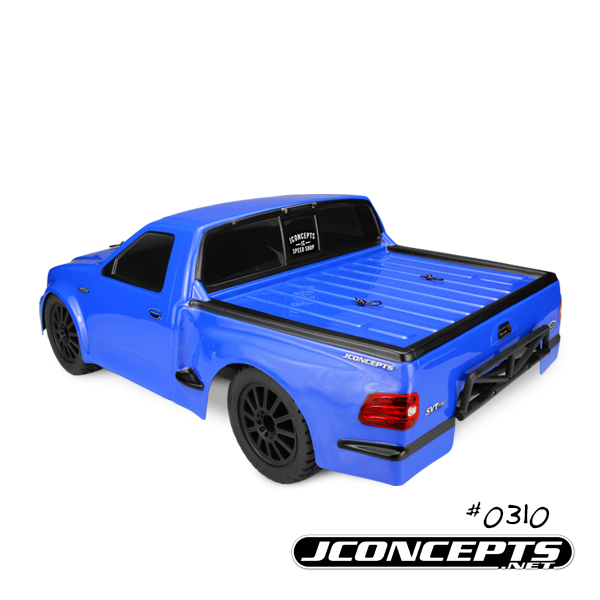 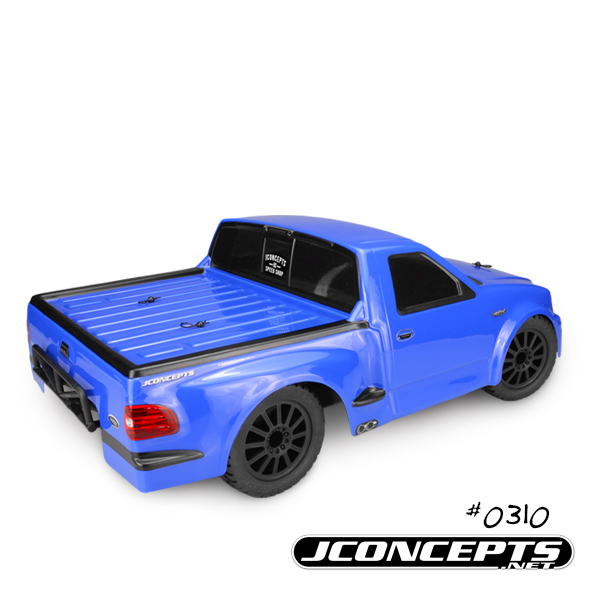 JConcepts surges with the release of the 1999 Ford SVT F-150 Lightning for the Scalpel chassis conversion. The SVT F-150 Lightning body is built low and wide for the Slash 4×4 chassis and excels when converted to the Scalpel speed run configuration. The high-speed shell features a short-wheelbase giving the scale look but with extra width to clear the wide-body tires for optimum handling and acceleration.

Exterior elements that distinguish the Lightning from the regular F-150 include new upper and lower front grilles with a horizontal design that is unique to the Lightning in the F-Series line. The headlights, taillights, side-marker lights, and the signature round fog lights all match the 1:1 counterpart found only on the Lightning, which give the exterior a clean, jewel-like appearance.

The cab’s center high-mounted stop lamp also is unique to the Lightning, and is created with a simple detailed decal. The Lightning looks and performs best with the separately available Rulux wheels and low-profile G-Locs performance tires and wheels. The Scalpel suspension system developed for this speedy machine gives it not only remarkably agile handling, but also an unexpectedly civilized ride for cruising around the neighborhood. 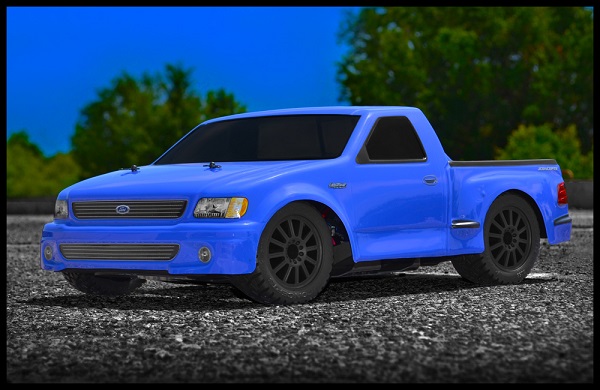 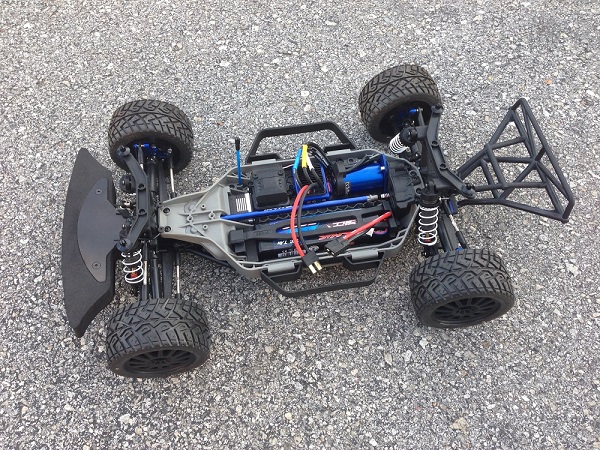