From JConcepts:
JConcepts surges with the release of the 1999 Ford SVT F-150 Lightning for Street Eliminator drag racing. The SVT F-150 Lightning body is built low and excels when converted to a JConcepts Street Eliminator concept. The high-speed shell features a very scale look, and with the addition of a rear spoiler, helps the F-150 speed in the correct direction. Exterior elements that distinguish the Lightning from the regular F-150 include new upper and lower front grilles with a horizontal design that is unique to the Lightning in the F-Series line.

The headlights, taillights, side-marker lights, and the signature round fog lights all match the 1:1 counterpart found only on the Lightning, which give the exterior a clean, jewel-like appearance.

The cab’s center high-mounted stop lamp also is unique to the Lightning, and is created with a simple detailed decal. The Lightning looks and performs best with the separately available JConcepts #3193 and #3194 Hotties tires mounted on #3387B StarTec wheels. 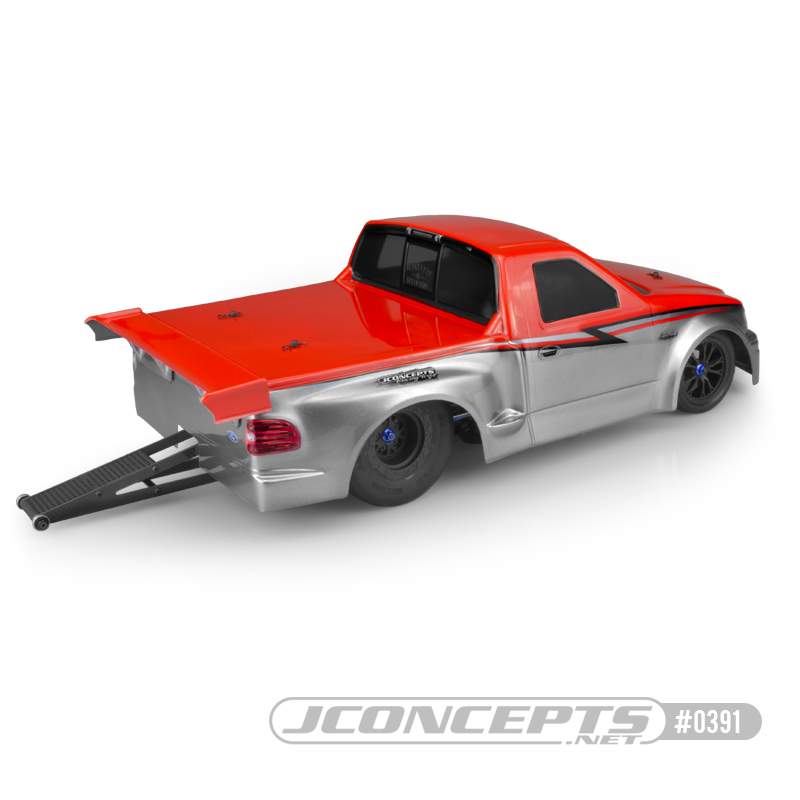 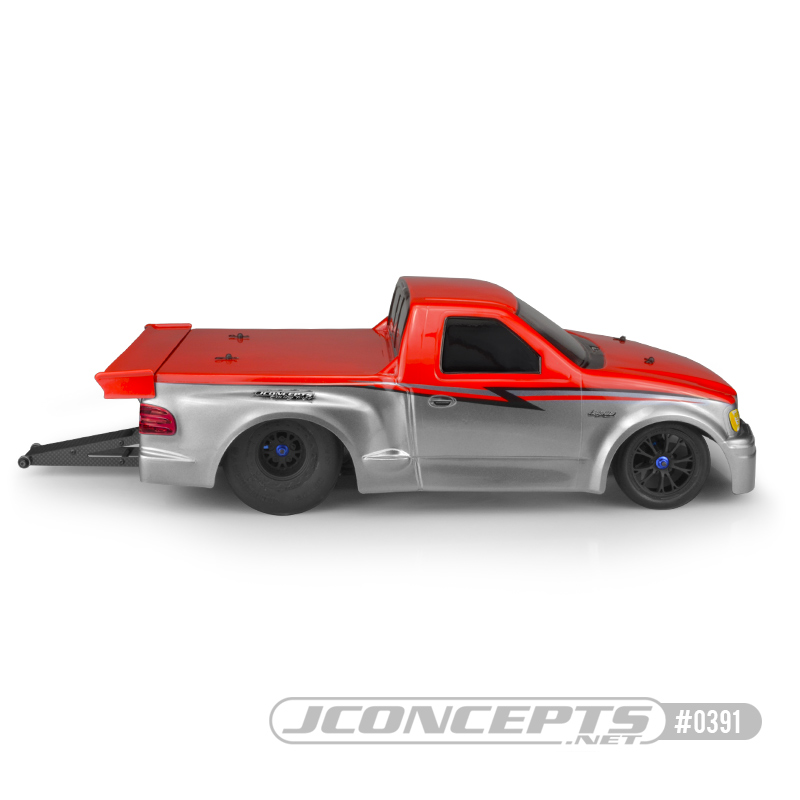 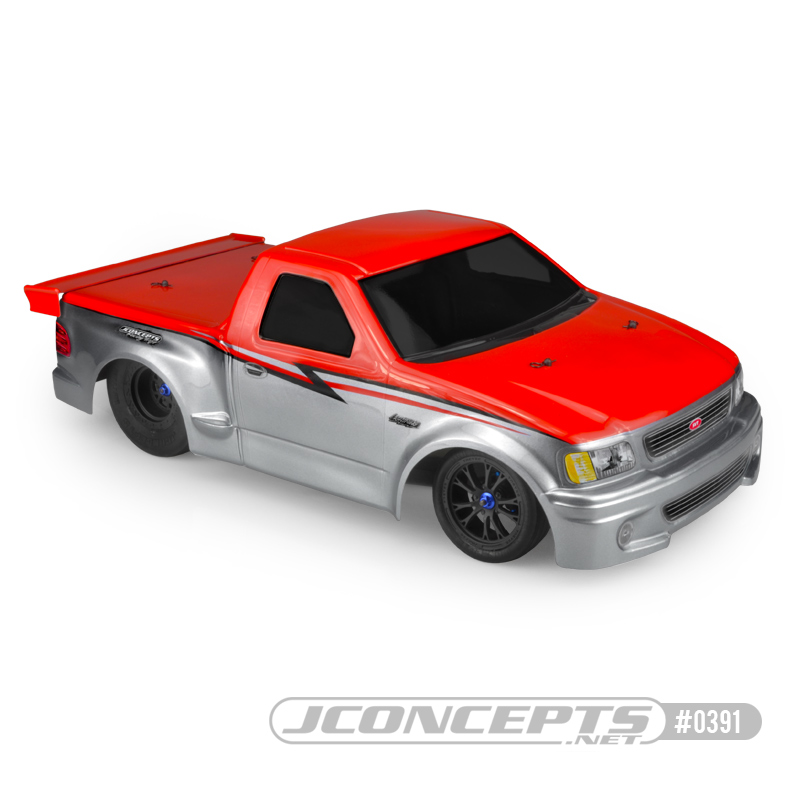 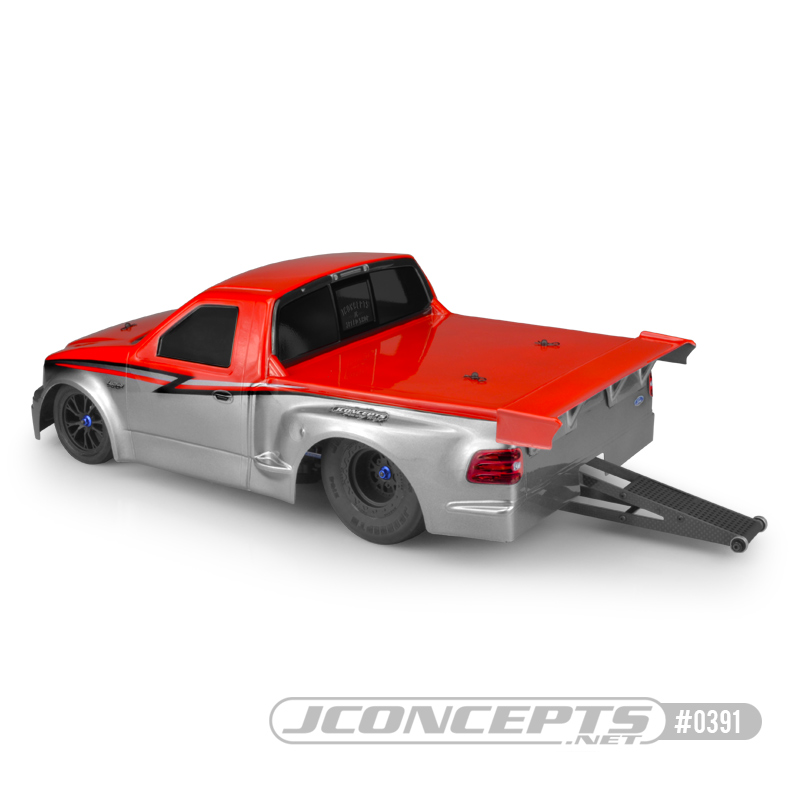