From JConcepts:
During the summer of 1993, Brian Kinwald was crushing it, winning the ROAR Truck National Championship and stadium truck was all the rage in the RC industry. In the movie theater, it was Jurassic Park breaking all the records while Whitney Houston and Dr. Dre were dishing out the latest billboard hits on the music scene. The grunge movement was in full swing and the kids were wearing plaid, plaid and more plaid to schools and social events.

On the race track, the stadium truck class was the most emerging class in racing, ROAR held a separate truck nationals from the buggy events to accommodate the large number of entries. In honor of the golden age of stadium truck racing, JConcepts unveils a 1993 Ford F-150 stadium truck body for the Traxxas Rustler. The Rustler hopeful has never quite seen a body like this for their vehicle and JConcepts has taken on a passion project to deliver a body to a community thirsty for a fresh lid.

The JConcepts body is narrow and sits close against the chassis to give racers the Team Truck look popular in the 90’s. The styling is completely modeled after the most popular full-size truck of that era, the 1993 Ford F-150. The entire body shape has been chiseled, incorporating styling cues from the 1:1 truck including wheel well shapes, door lines, window outlines and rear tailgate. The front-end sits just behind the front bumper while the headlight and grille area looks strikingly stock and with included decal sheet, looks like its street truck counterpart.

The JConcepts body is molded in a durable gauge material and includes rear spoiler, mounting hardware and decal sheet to completely outfit the vehicle. When it comes to topping off a high-end vehicle of the past or present, JConcepts has you covered, World Proven Innovation and Design. 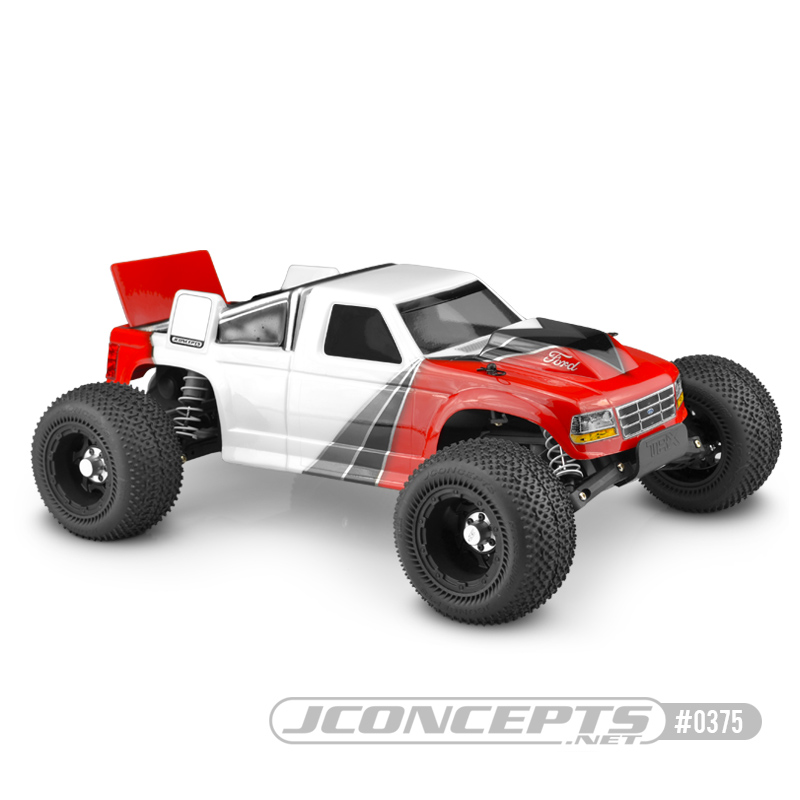 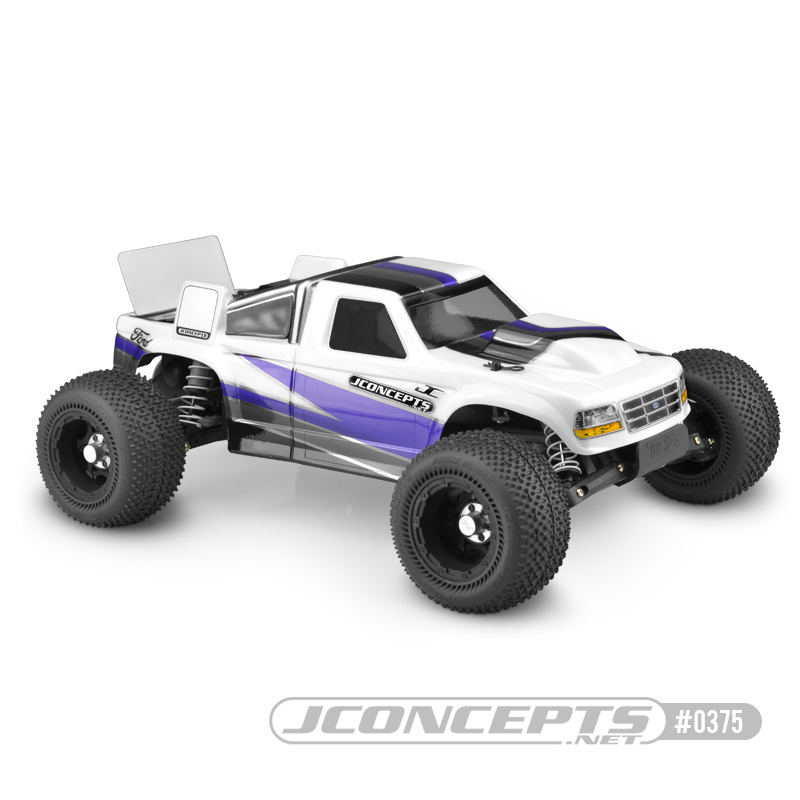 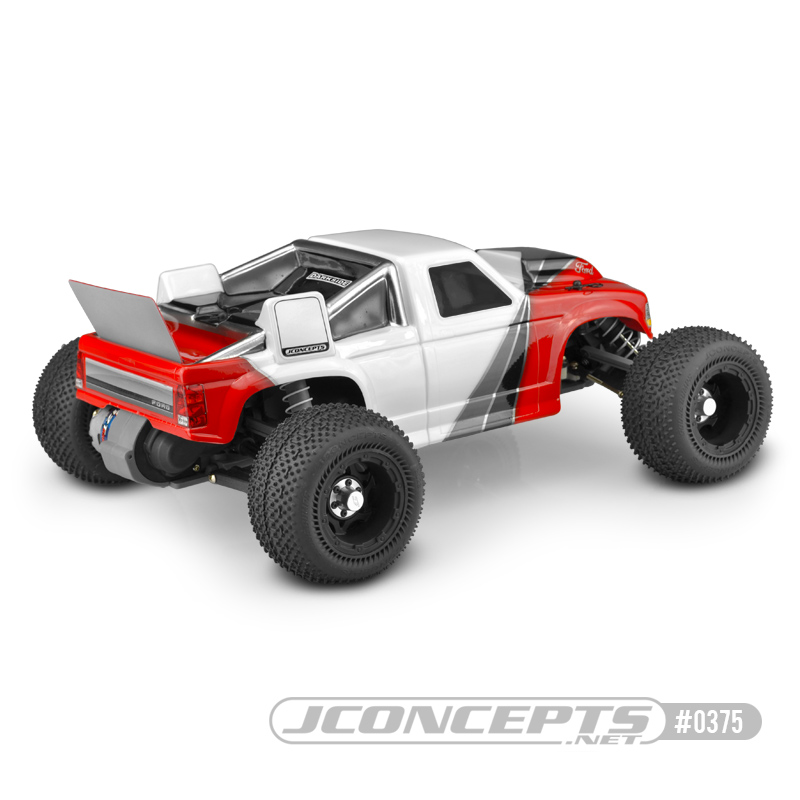 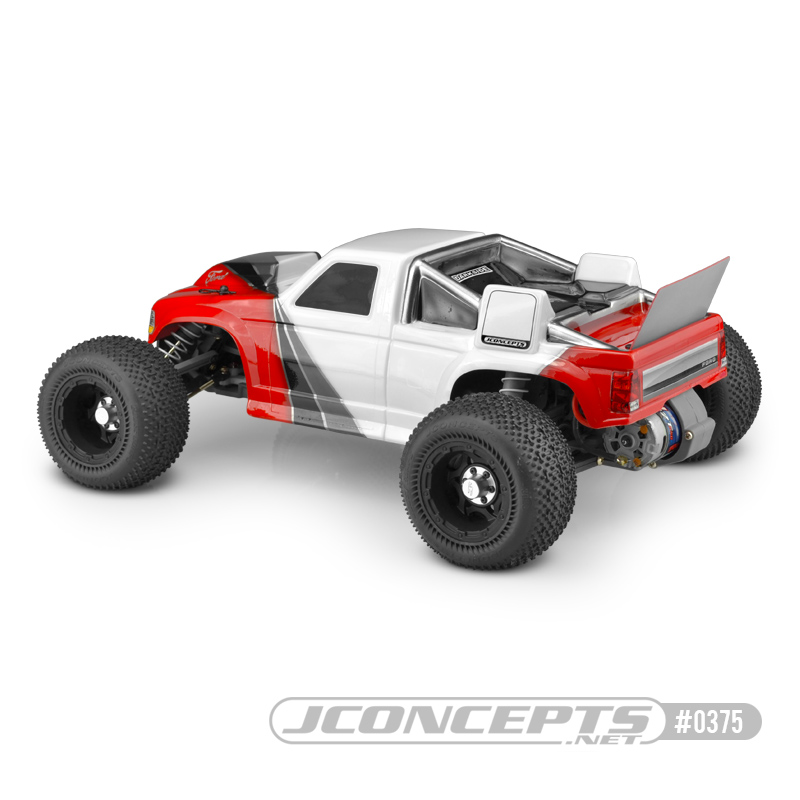 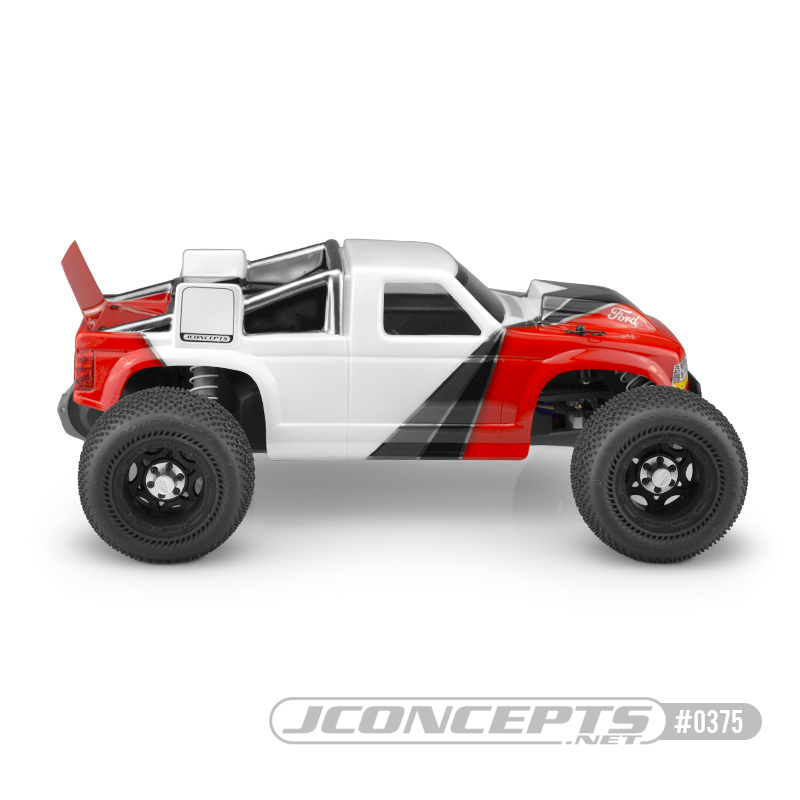