From JConcepts:
Visually stunning, physically exhilarating, artfully balanced, the 1987 Chevy Camaro is all these things and more. One of the major reasons the JConcepts team underwent a project of this statue was to produce one of GM’s most sough-after vehicles of the 1980’s. A project originally started in October of 2020 has since seen some revisions along the way to accommodate an ever-changing Drag racing and Bashing segment in the RC market. A tight overall width to settle into today’s latest lineup of manufactured vehicles such as the DR10, 22S, and Drag Slash make the Camaro a fun and fit performer.

Flat panel designs signified this generation and peaked during this era of the Camaro. Bucket headlights stand-out on the front-end with dual lights and bezels, the 87 looks so ominous. On top of the hood, two recessed ducts can be louvered out with the included decal sheet. The pointed front-end carries to the fenders, through the doors and back through the rear fender creating that transitional body line from top to bottom. Highly detailed recessed windows provide a large viewing area for the 2-door drag racer.

The 1987 Camaro has a large one-piece rear window matching the 1:1 version giving a placement area for a variety of body mounting on the market including the Drag Slash. The rear bumper area has been dove-tailed for additional air-escape out of the rear, but placement remains for the taillights and personalized license plate zone. The rear wing is created in panels for more rear over-hang, small side-dams, and rear gurney performance. The assembly with included hardware builds like a “race-car” with 3mm screws and light-weight plastic nuts.

The JConcepts body includes overspray film on top of the body, window mask for quick paint and prep and detailed Chevrolet, GM and Camaro / JConcepts decal sheet. The product is always backed by JConcepts customer service, supported, and developed by professionals with style and authenticity. 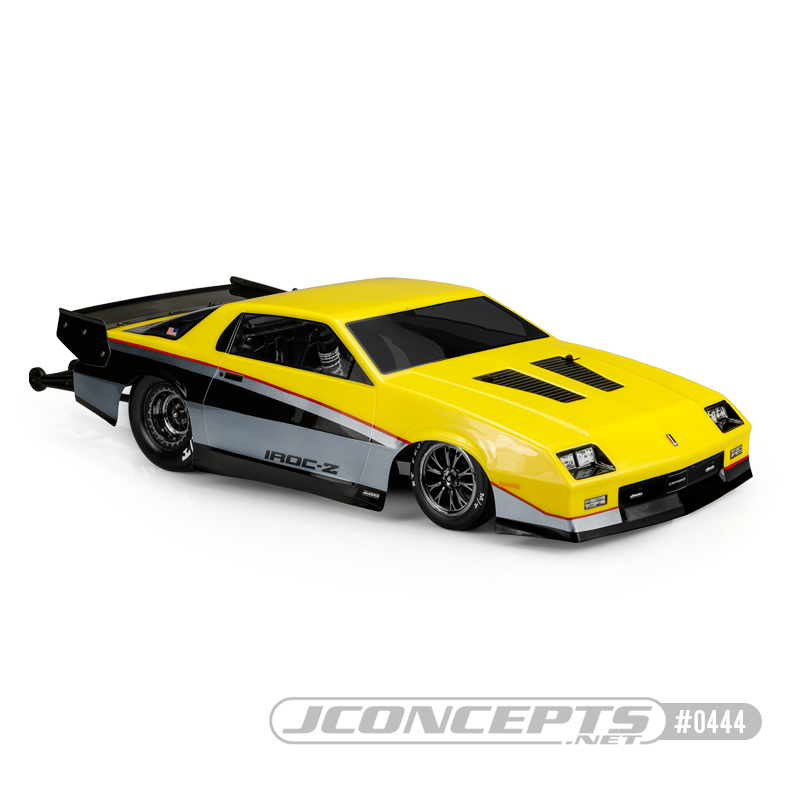 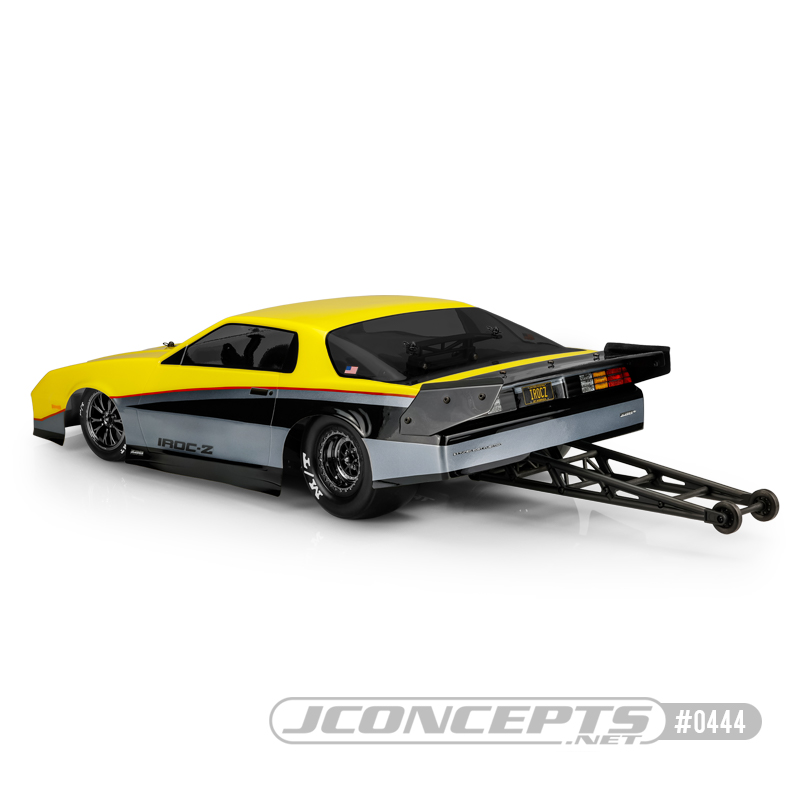 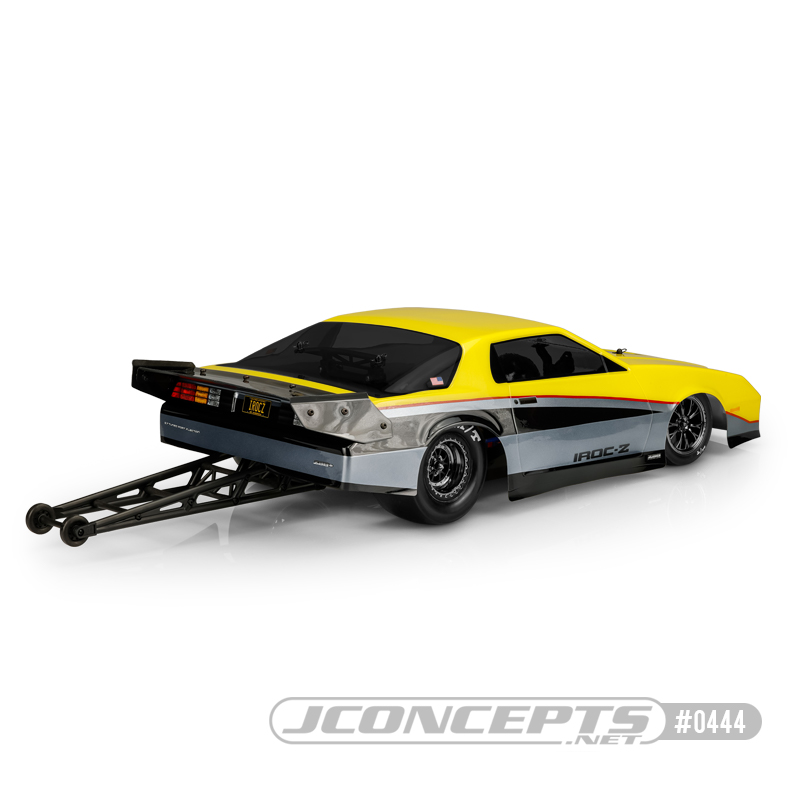 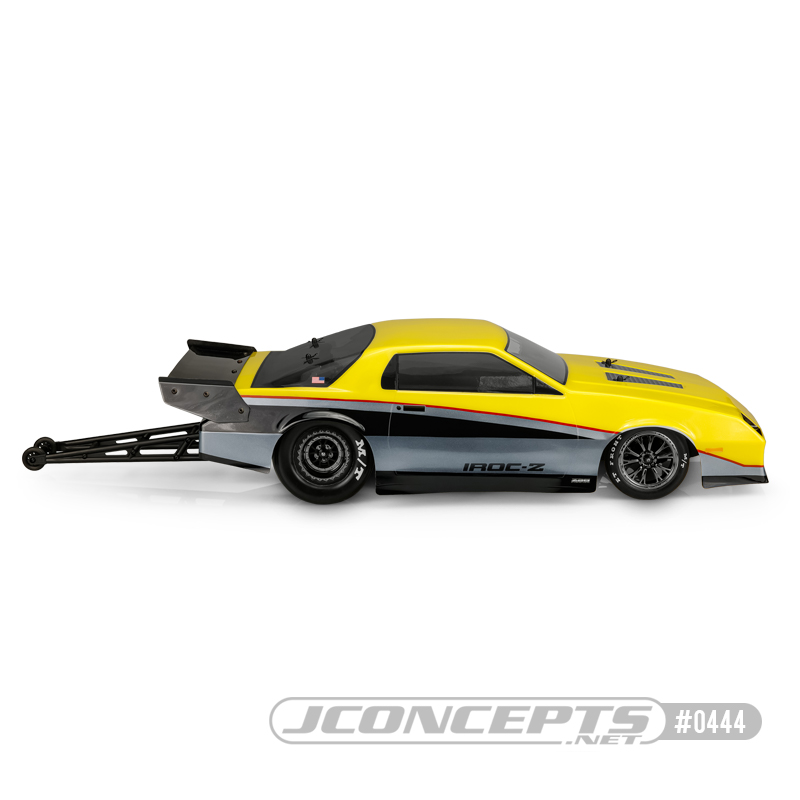