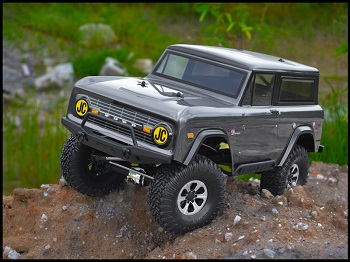 Who doesn’t like the Ford Bronco? The blue-oval icon is now rendered in Lexan by JConcepts to fit your Axial SCX10, Vaterra Ascender, RC4WD Trail Finder, Gmade Sawback and other similarly-sized scalers. Full hype after the pics, followed by even more pics. 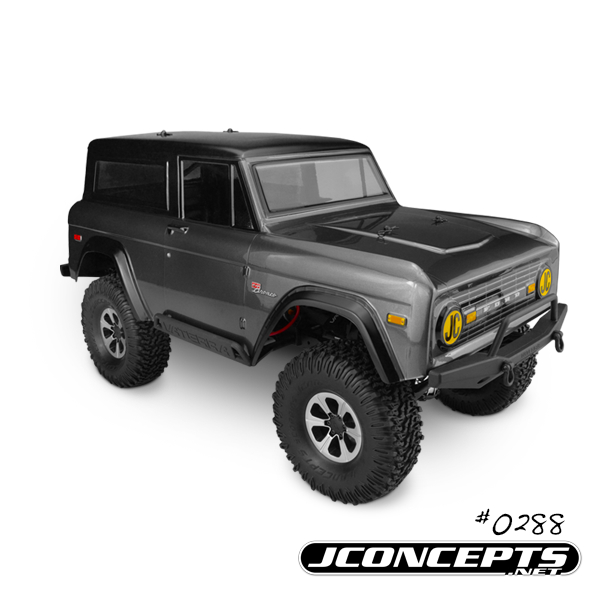 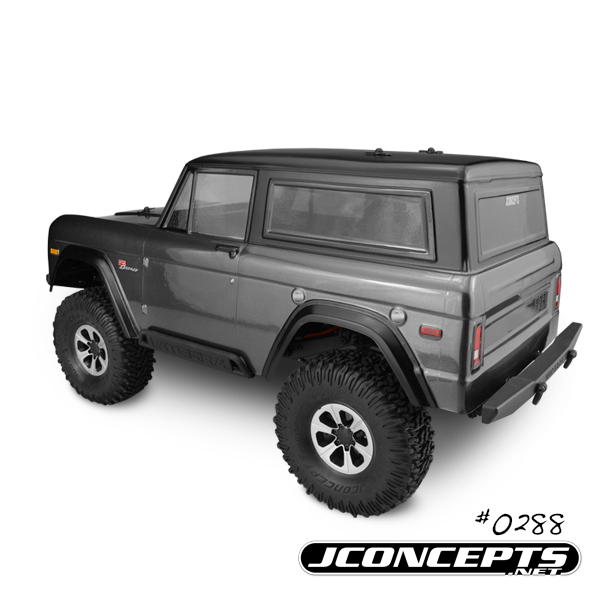 The year was 1974, Happy Days was all the rage on television and the Rubik’s Cube kept a new generation entertained with an incredible new 3D puzzle. Kung Fu Fighting was the hottest new track in the clubs and just under the radar, Ford released the hot new trend setting Bronco.  JConcepts introduces the 1974 Ford Bronco to the scale | trail world with a taste that is rather vintage.

In the 1970’s, styling was subordinate to simplicity and economy and JConcepts has recreated a legend. Starting with the unforgettable chiseled shape, the Bronco lives on with an impressive grill area detailed with included decal sheet. The large hood area and fender line is sharp while the main body line runs across the entire door and rear fender.  Large fender flares provide tire clearance for a variety of 1.9” tires and protrude just like the real thing.

The cab features popular flat panel window treatment on this vehicle along with heavy trim bordering the geometry.  Mock gas tank caps rest in place while turn signal and rear taillight decals along with Bronco badges help bring out the realistic look of a classic beast. The Bronco drops on the Ascender 11.75” wheelbase setting, with standard body mounts extended in rear height. The retro body also accommodates Axial 11.75” wheelbase trucks but requires the use or adaptation of long rear body mounts, not included. Happy Days are here again with the Ford Bronco body by JConcepts.

The wheels and tires shown are available separately through JConcepts: 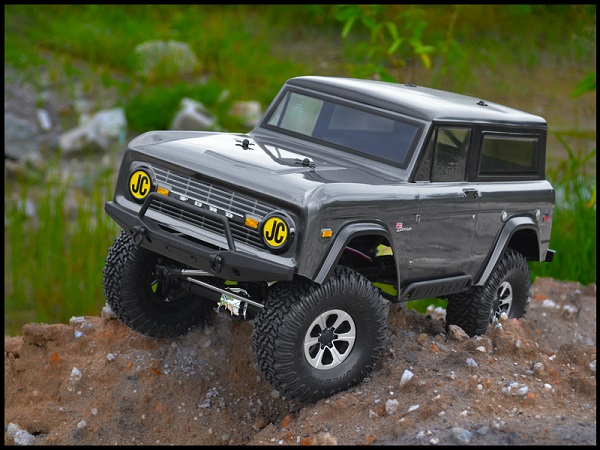 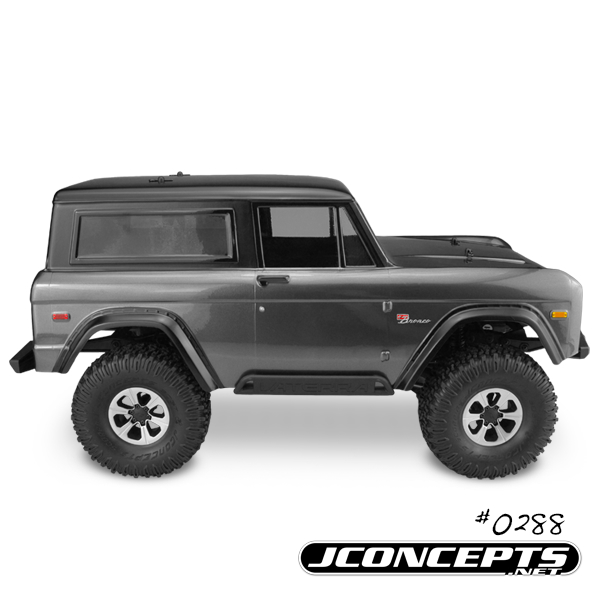 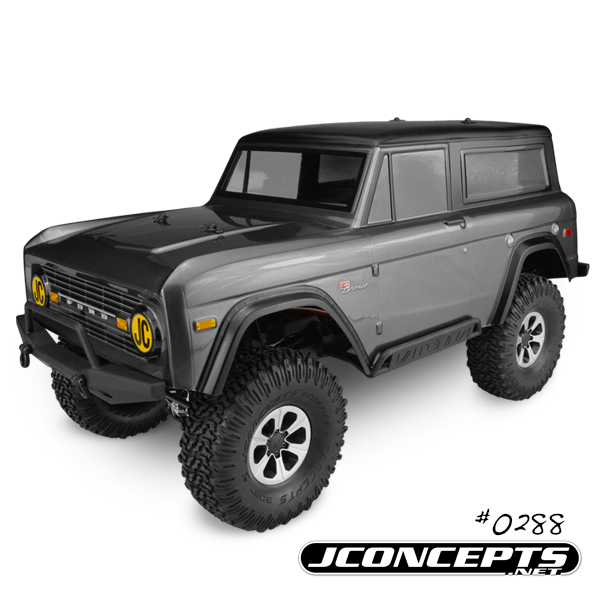