From JConcepts:
JConcepts makes the iconic 1966 Chevy Nova II as a 1-piece body shell, new for 2020.

This 1966 Chevy II Nova shows off an extensive sharp-edged restyle based in part on the Super Nova concept vehicle. In general, proportions are squared up and features including a bold grille and semi-fastback roofline highlight the shape. “Humped” fenders in an angular rear-end were reminiscent of other Chevrolets from the era of style.

To bring the Street Eliminator product to market, JConcepts worked together with Chevrolet to incorporate the heritage while also including options to bring out the street racer appeal. The main shell is comprised of a newly created 1-piece design so drivers can more easily fit and finish the beauty of yesteryear. The front-end closure shows off the single headlight style with deep recessed sections along the grille and front bumper to faithfully replicate the original.

The rear closure section includes bumper detail, trunk works and vertical taillight cues. In addition, the design team added a sectional rear wing to the project to bring the drag racing inspiration to life. The two-piece rear wing is trunk mounted with a lower support and upper wing with high-speed stabilizing ribs for added performance. Included in each body set, a 1966 Chevy Nova II decal sheet, rear wing option including lower support and upper wing spoiler and the paint mask for all windows. As always, each body set is backed with JConcepts customer support and racing heritage.

The Chevy II Nova measures a 12.75″ wheelbase and the inside dimensions of the body are 10.75″ wide front and 11″ rear. The body is built for a 2wd SCT wheelbase length and narrowed to more resemble the original 1:1 counterpart. It’s helpful to plan your build, take measurements and modify your platform to fit inside the boundaries of the Chevy body. 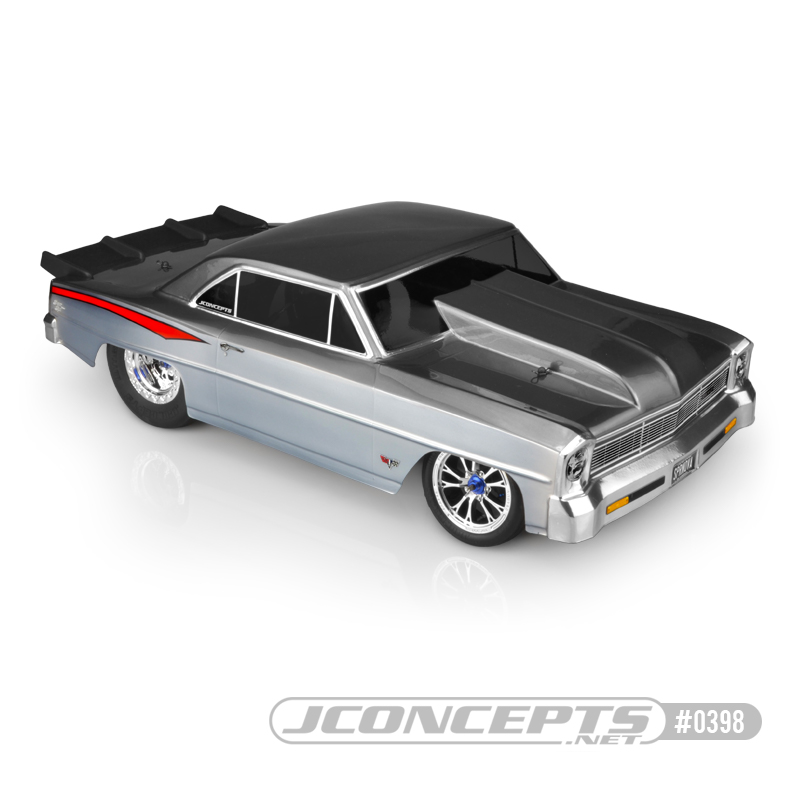 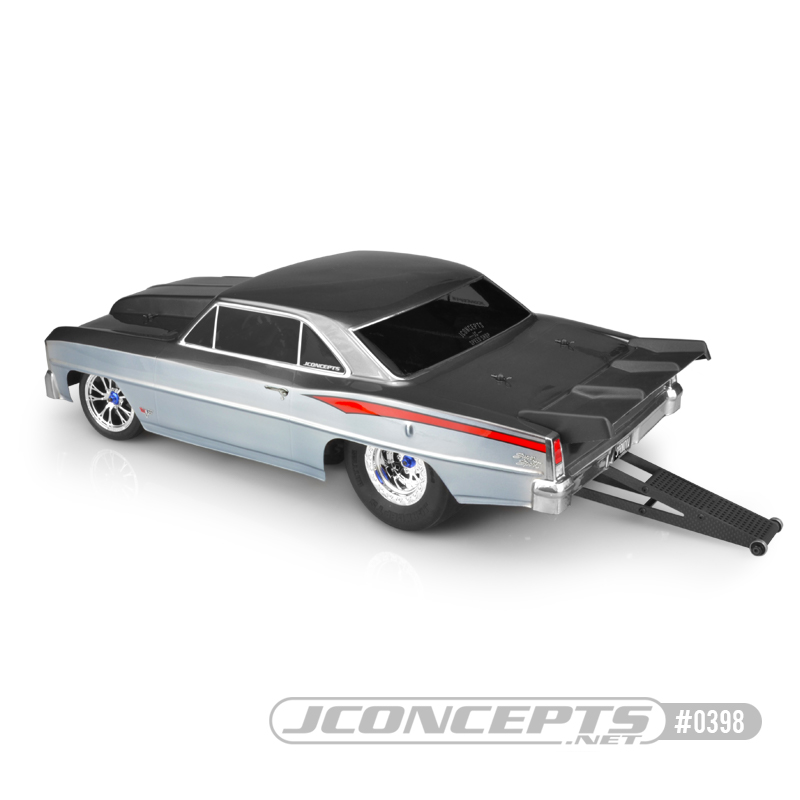 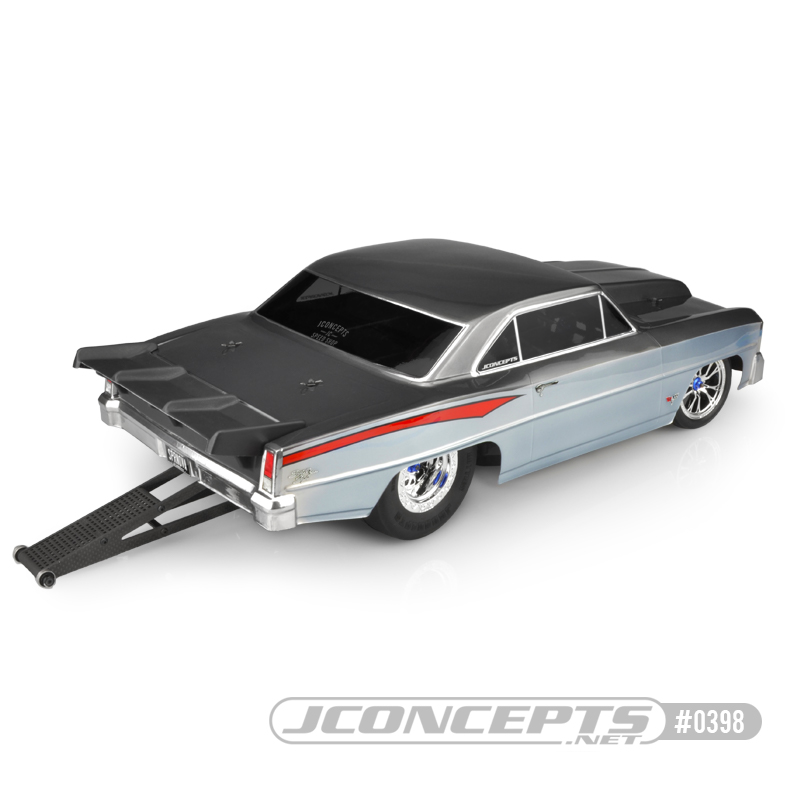 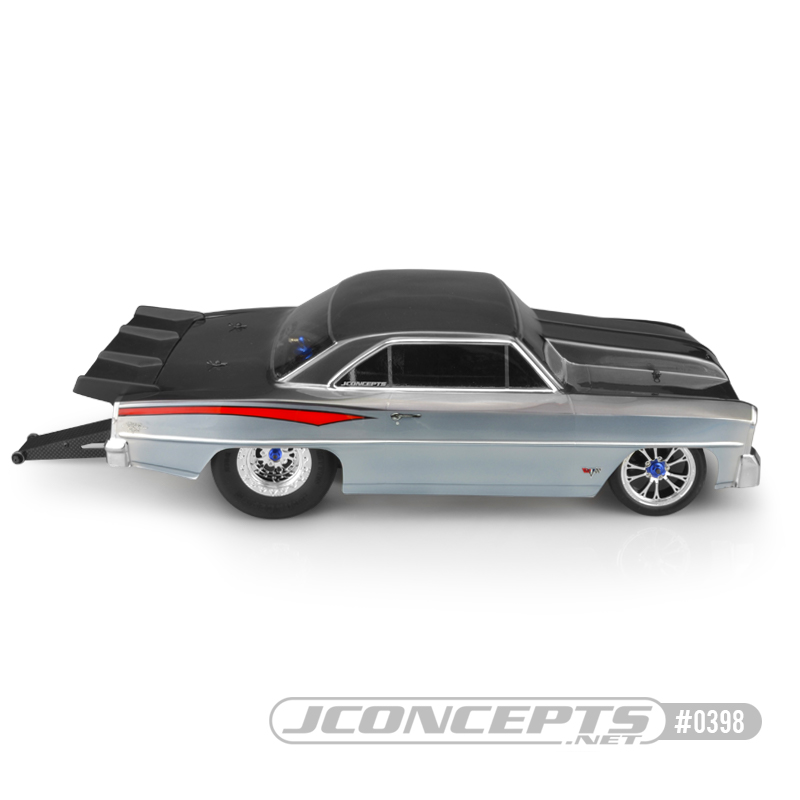