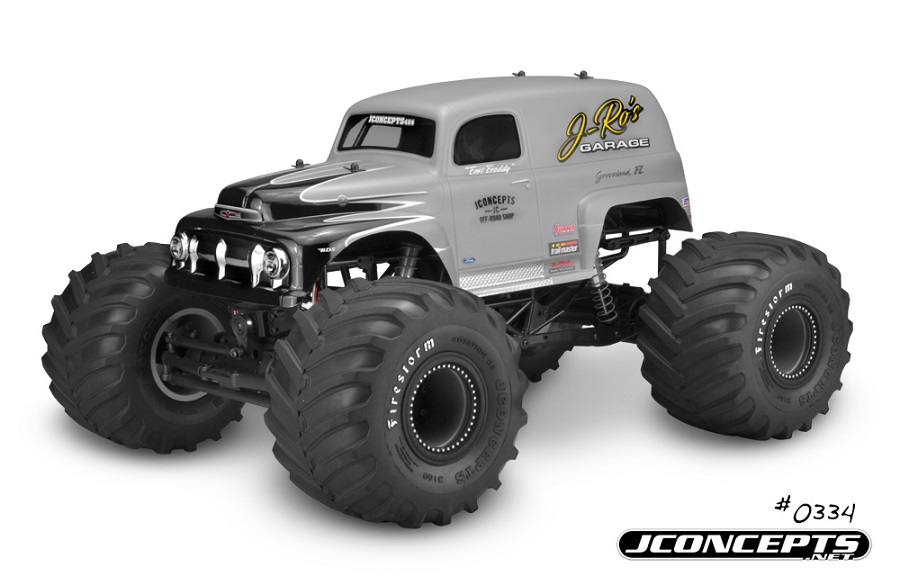 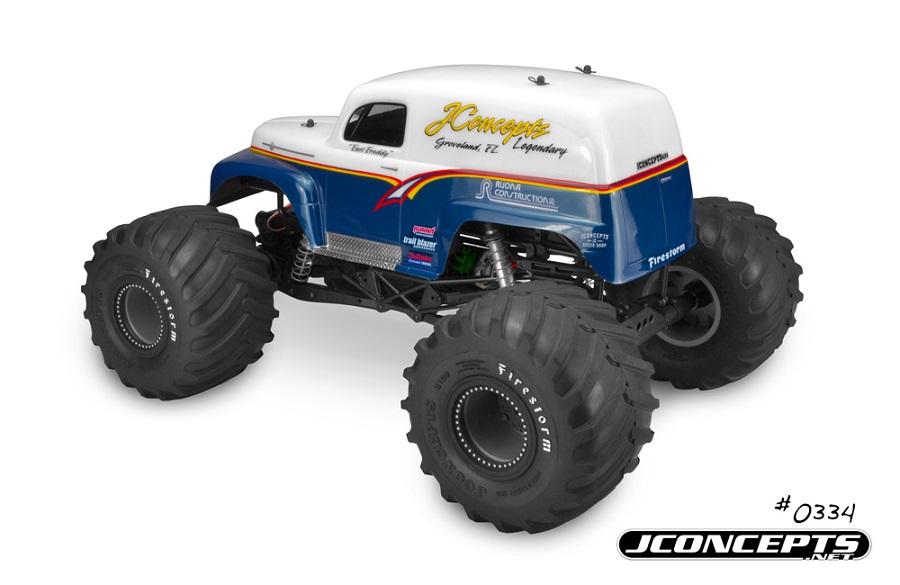 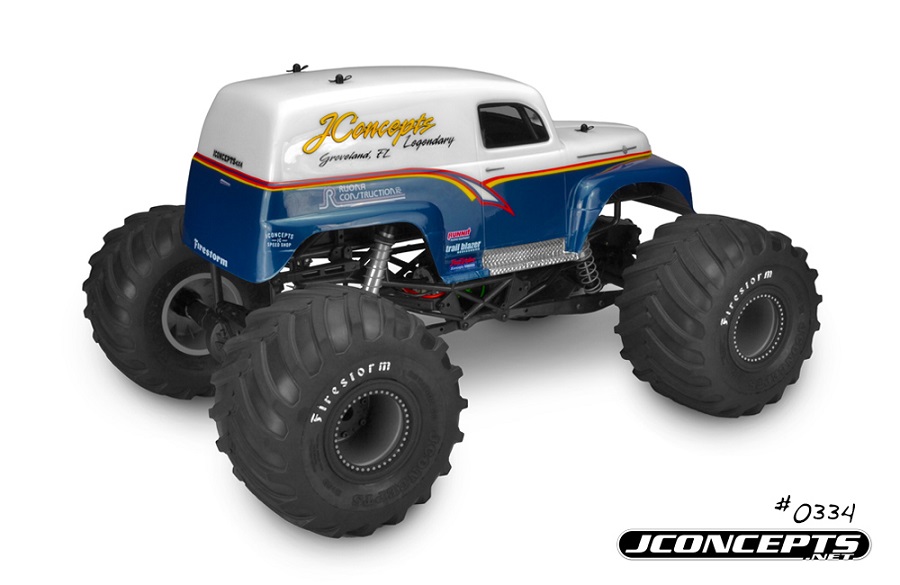 From JConcepts:
One of the most feared vehicles in Monster Truck racing during the late 1980’s is now known as “Grandma.” The 1951 Ford Panel truck was mean, a little green and always known for the most amazing single qualifying passes in the history of Monster Truck racing. JConcepts went to work creating the 1951 truck by once again starting from scratch to redefine a generation design from the “golden years.”

The hood of the truck makes it’s point with a swooping radius and raised badging. The front fenders boast a large set-back to the hood which makes that undeniable stand as a 50’s panel truck. The stand-up cab screams retro while the side windows are small but large enough for a scale driver to take a look outside. The body line along the side separates the sides to break-up the height between the fenders and top of the dome. The rear fender flare kicks-out in a vicious way to protect chassis components while giving the rear of the vehicle an almost car-like flare.

The Ford truck has built-in running boards featuring a diamond-plate look which is found on the real monster while the wheel well openings are slightly enlarged to accommodate a large assortment of jumbo tires and specifically, JConcepts Renegade and Firestorm tires. The front grille is made as a secondary part to get the utmost detail and 3D design which can be painted or decorated off the vehicle for the most convenience. After trimming, the front grille can be attached (using not included double-sided tape) into the recessed portion on the body as the finishing touch to this ultra tough and memorable piece. 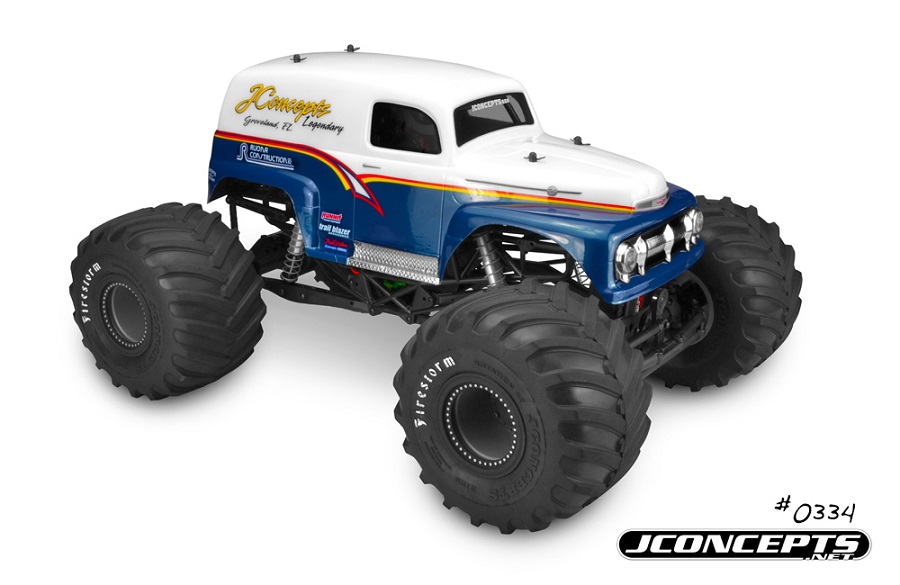 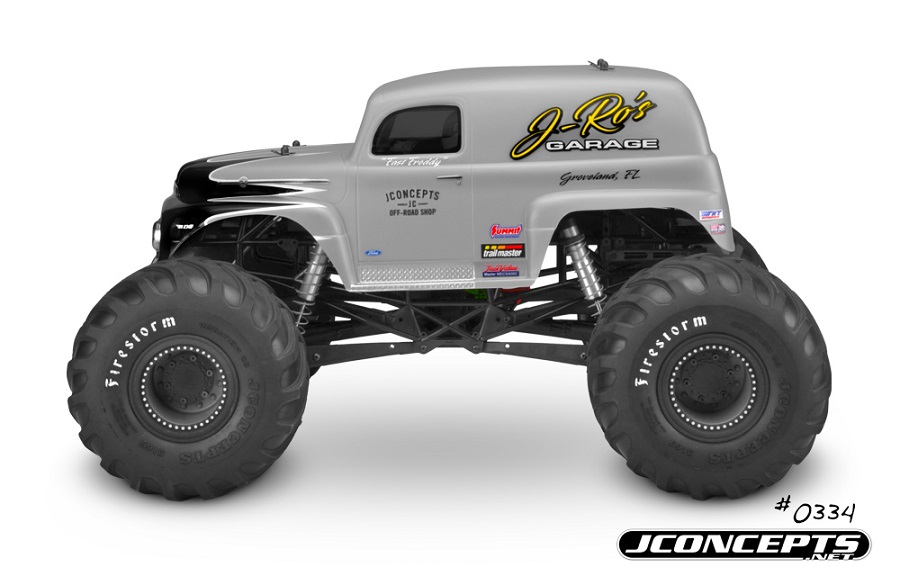 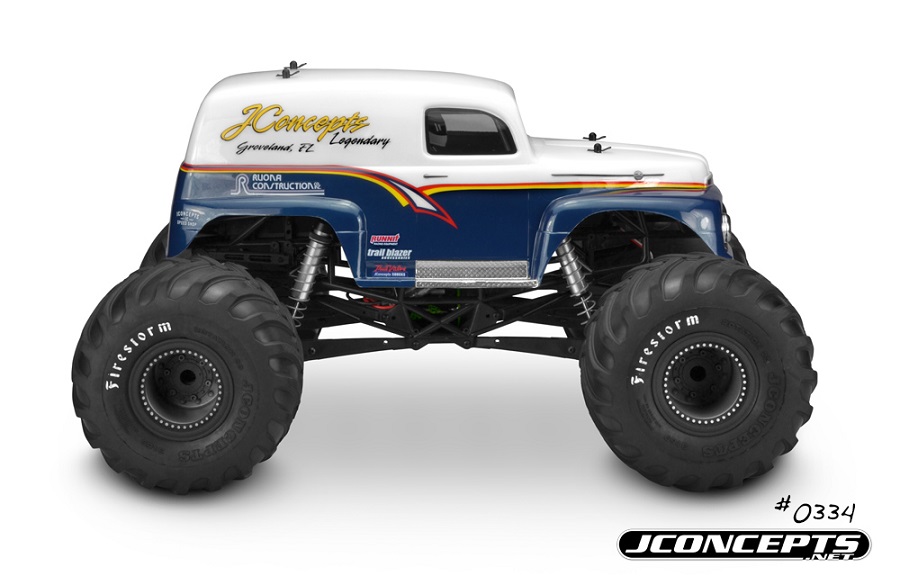