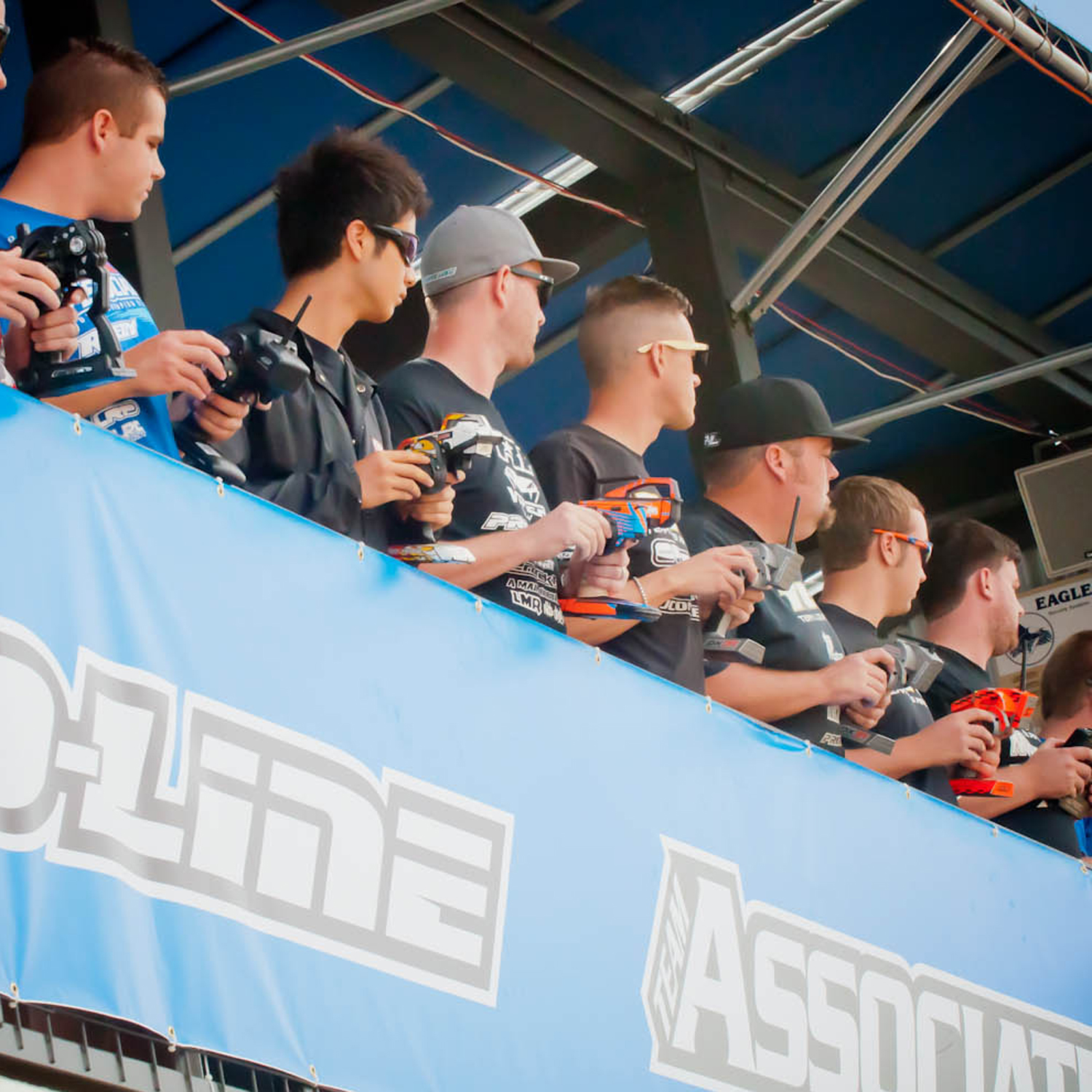 After a final practice round this morning the first qualifying heats of the week finally hit the track. Because of last night’s seeding round to sort drivers by their pace the TQ times dropped nearly every time a new group of drivers walked onto the stand, with all eyes glued to the final heat of the round to watch yesterday’s quickest group. However, no one expected the first round to be this close – the top three drivers were separated by less than a half second! 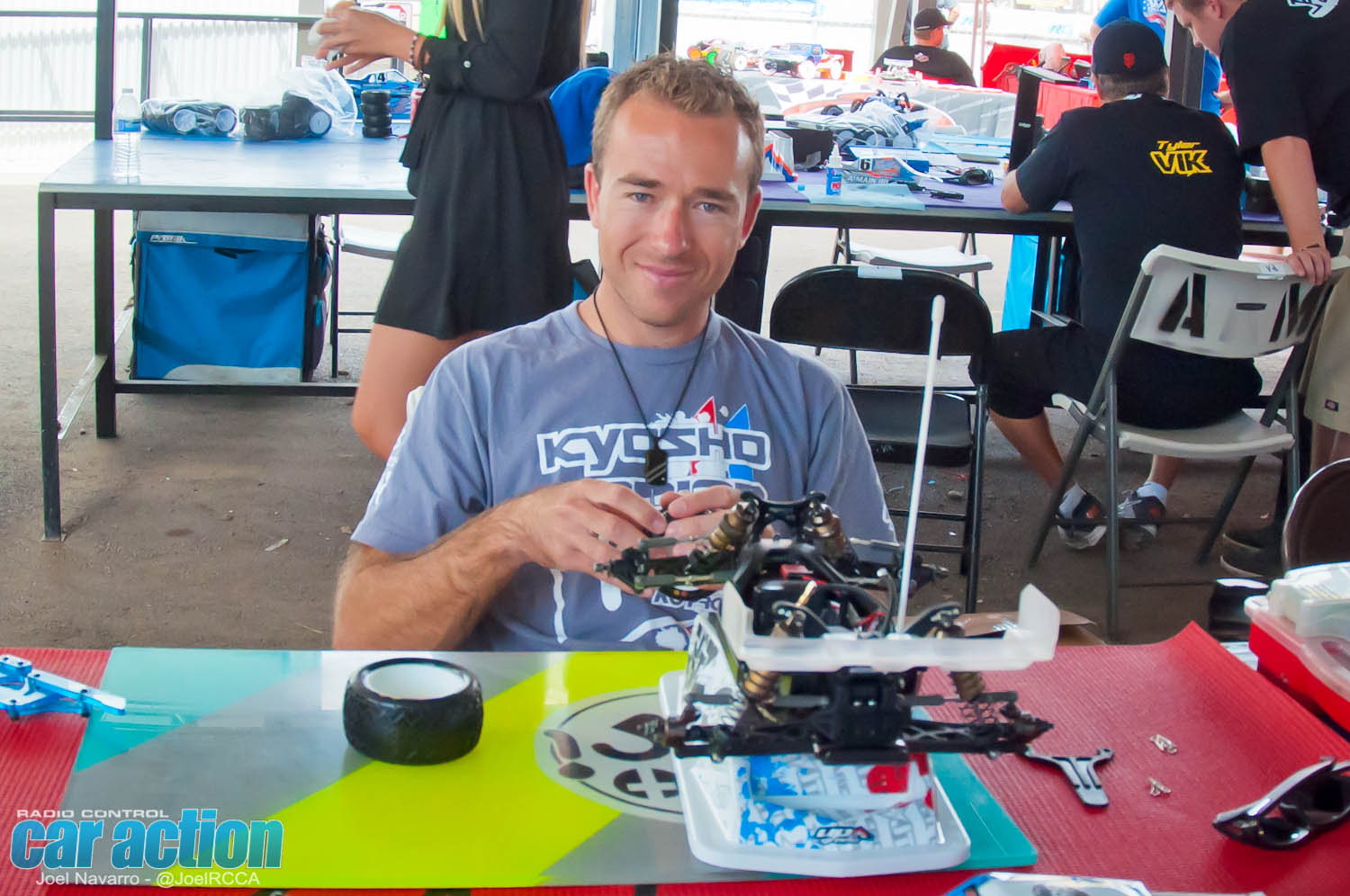 Kyosho frontman Jared Tebo stole the show with the fastest run Monday morning with his mid-motor RB6. It wasn’t much of a surprise – he won the Cactus Classic earlier this year, which was the first race on U.S. soil that saw nearly the entire 2WD buggy field choose the mid-motor configuration. After spending yesterday making a few changes to his car he remarked that he was soundly comfortable, and it showed in his on-track performance. 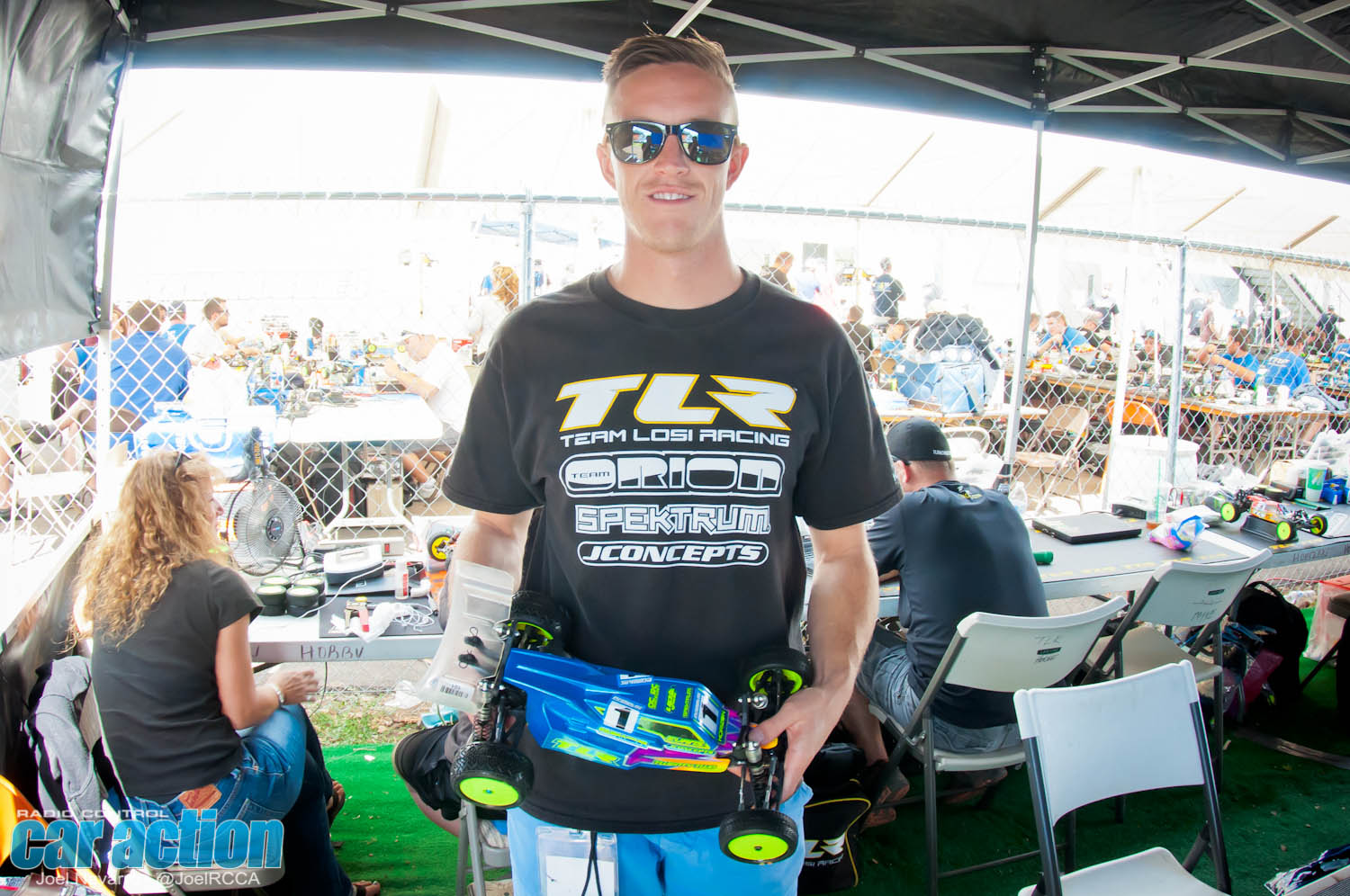 Dustin Evans drove his TLR 22 2.0 to the runner-up spot in Q1, finishing just .195 seconds behind Tebo’s time. Dustin said that he felt his slipper clutch may have loosened toward the end of the run but was otherwise very happy with the handling of his buggy. 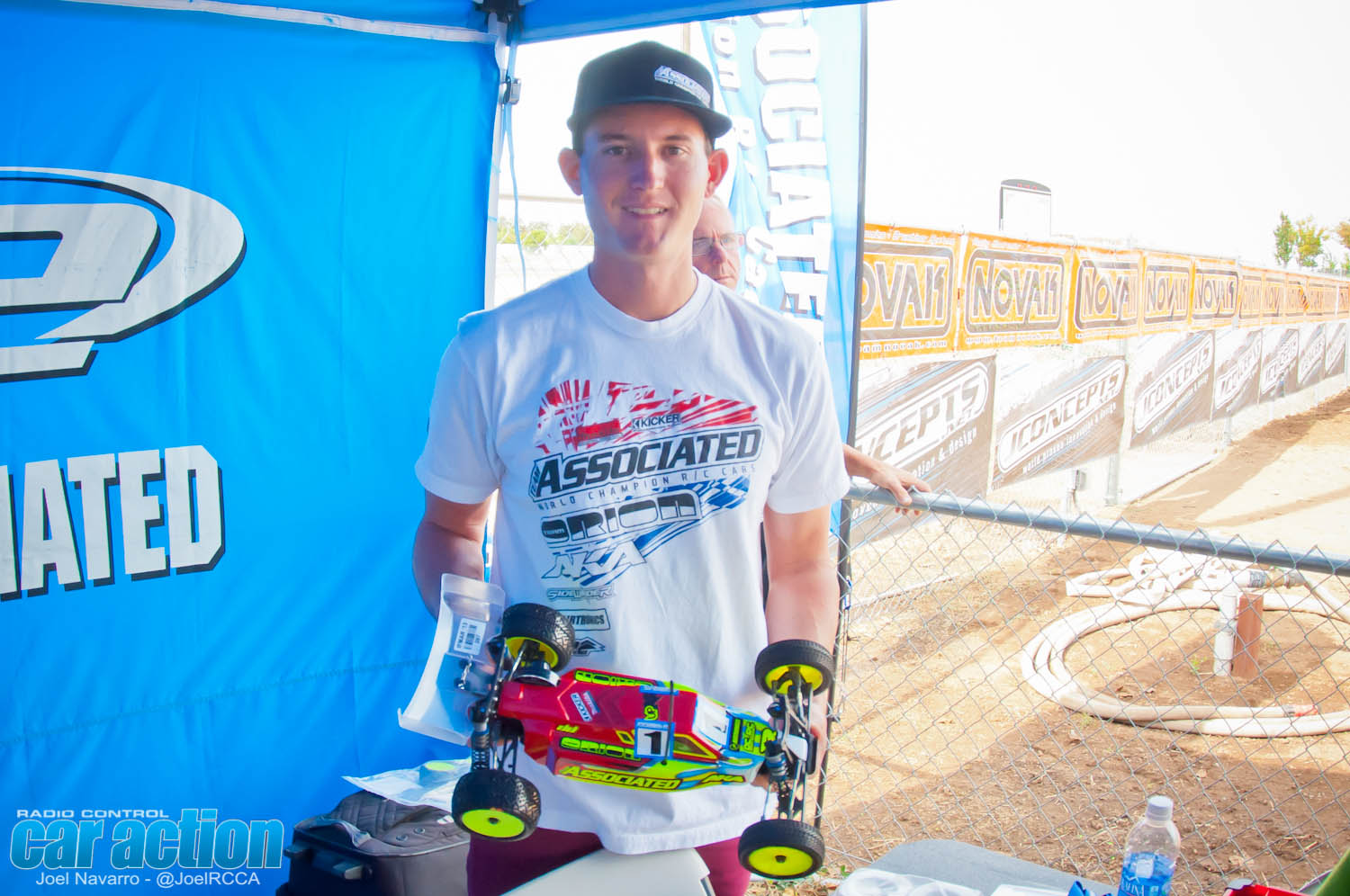 The fastest driver to come out of the B heat was no surprise – reigning World Champion Ryan Cavalieri’s Centro mid-motor Team Associated B4.2 conversion certainly had the speed to TQ, finishing just .455 seconds off of the TQ. Ryan proved his timed practice run last night was a fluke, and had no trouble navigating through the slower drivers in the heat – which could actually prove to be an advantage as we move into the later rounds as he’ll be able to command the pace of the traffic around him. 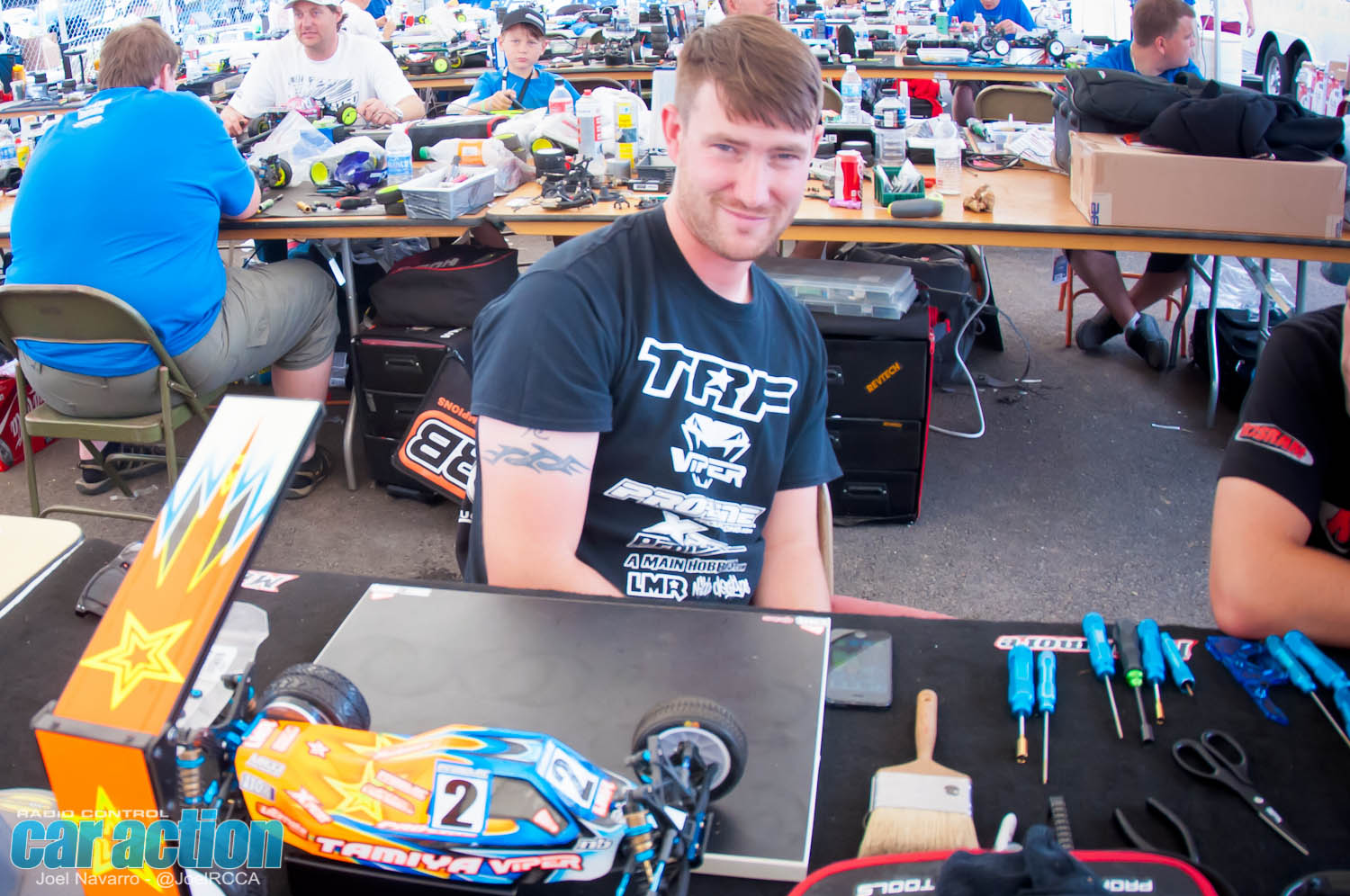 Multi-time European champion Lee Martin’s mid-motor Tamiya TRF201XR was the quickest non-American entry in the first round, slotting into the fourth spot just one second behind the best time of the round as he finished third in the ‘A’ heat. The bashful Brit was all smiles after a solid start to his week. 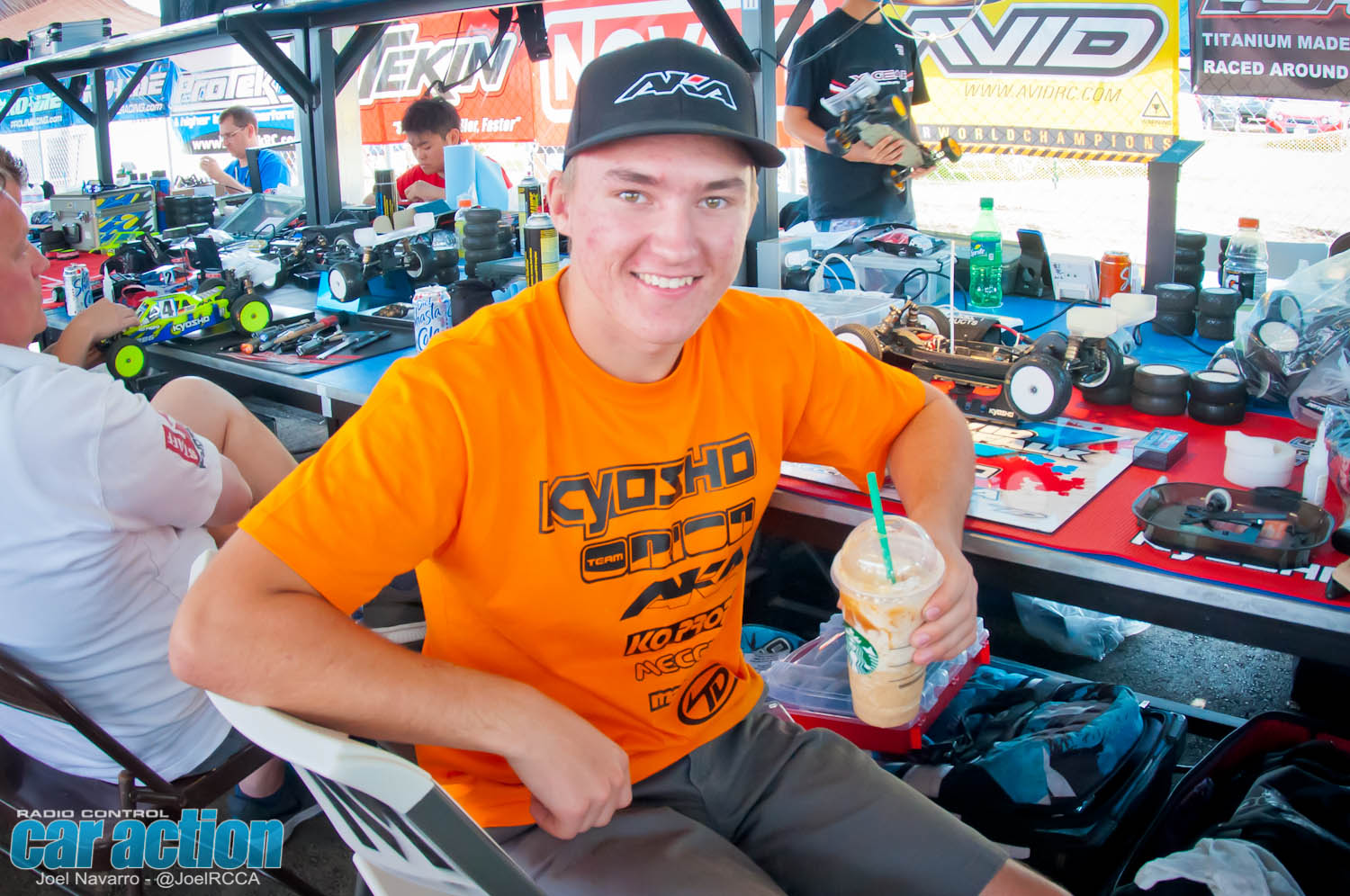 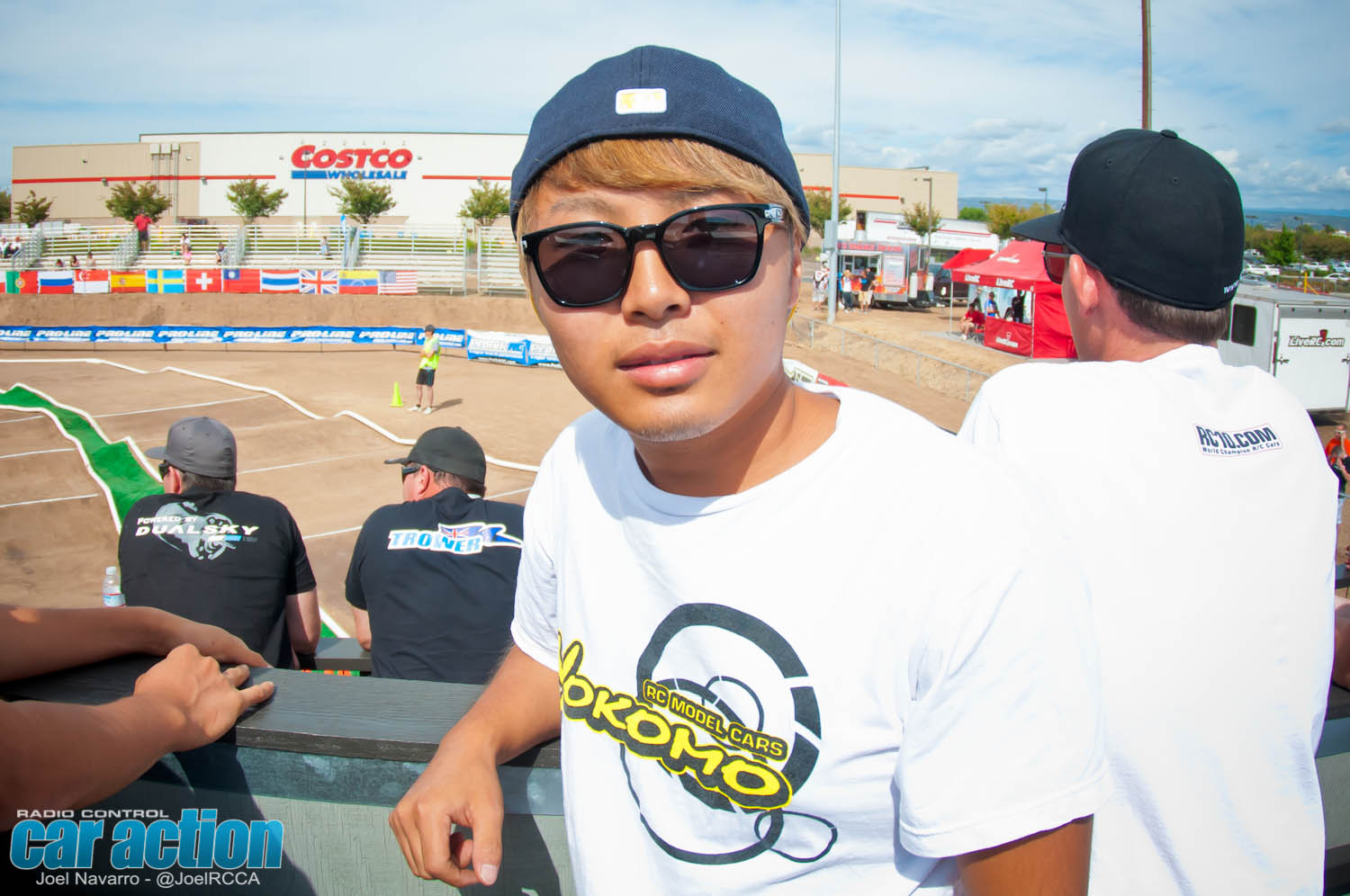 The top Asian driver in round one was Japanese sensation Naoto Matusukura, driving the Yokomo B-Max2. The TQ of this year’s Cactus Classic is also a former on-road World Champion, one of several asphalt all-stars that have showed an advantage in some of the track’s faster sections. 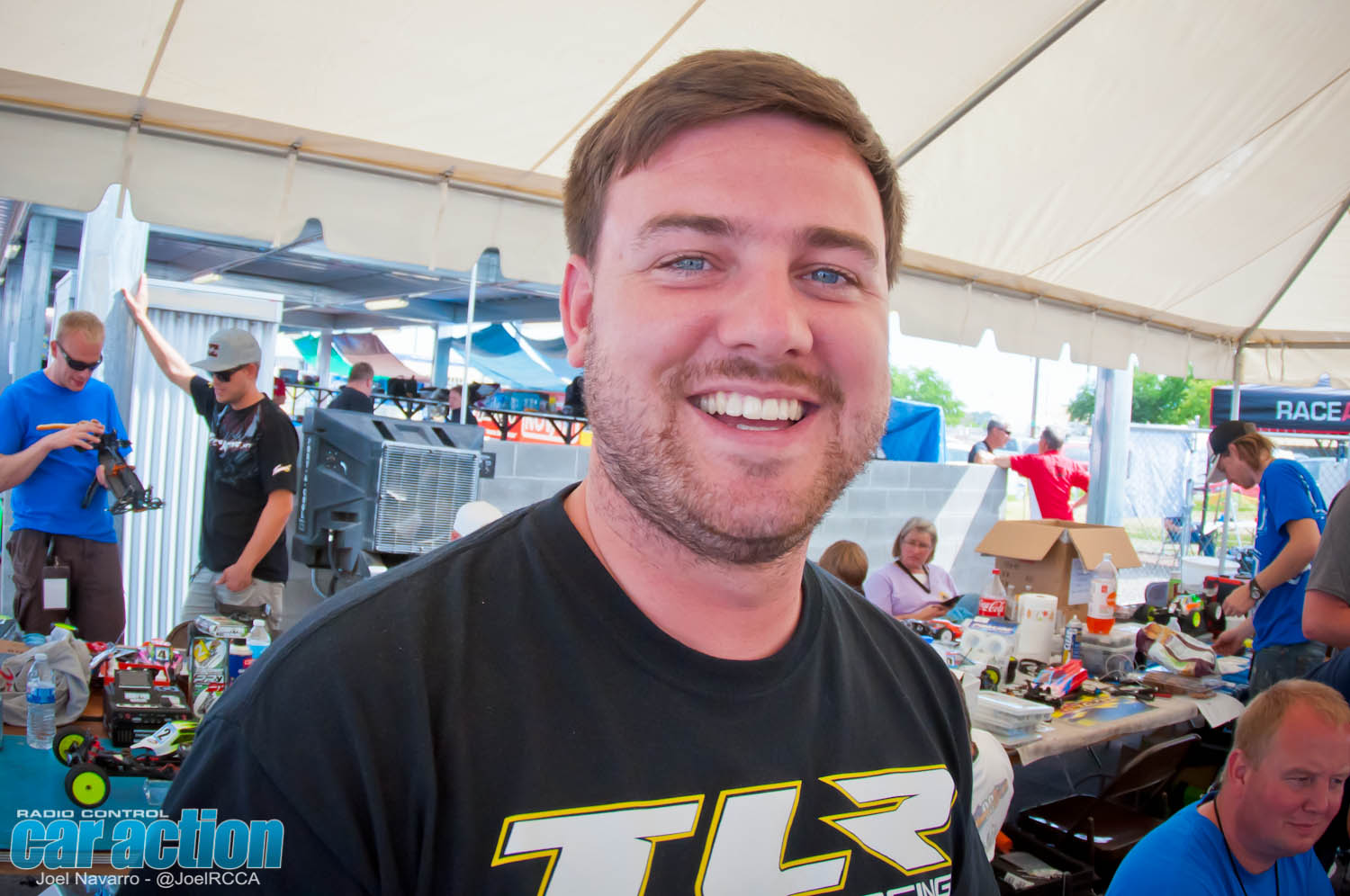 Another European Champion in 1/8-Scale Nitro (who was TLR’s first-ever Euro Champ in the class) had a strong first run, finishing seventh for the round as the last driver to complete 11 laps. 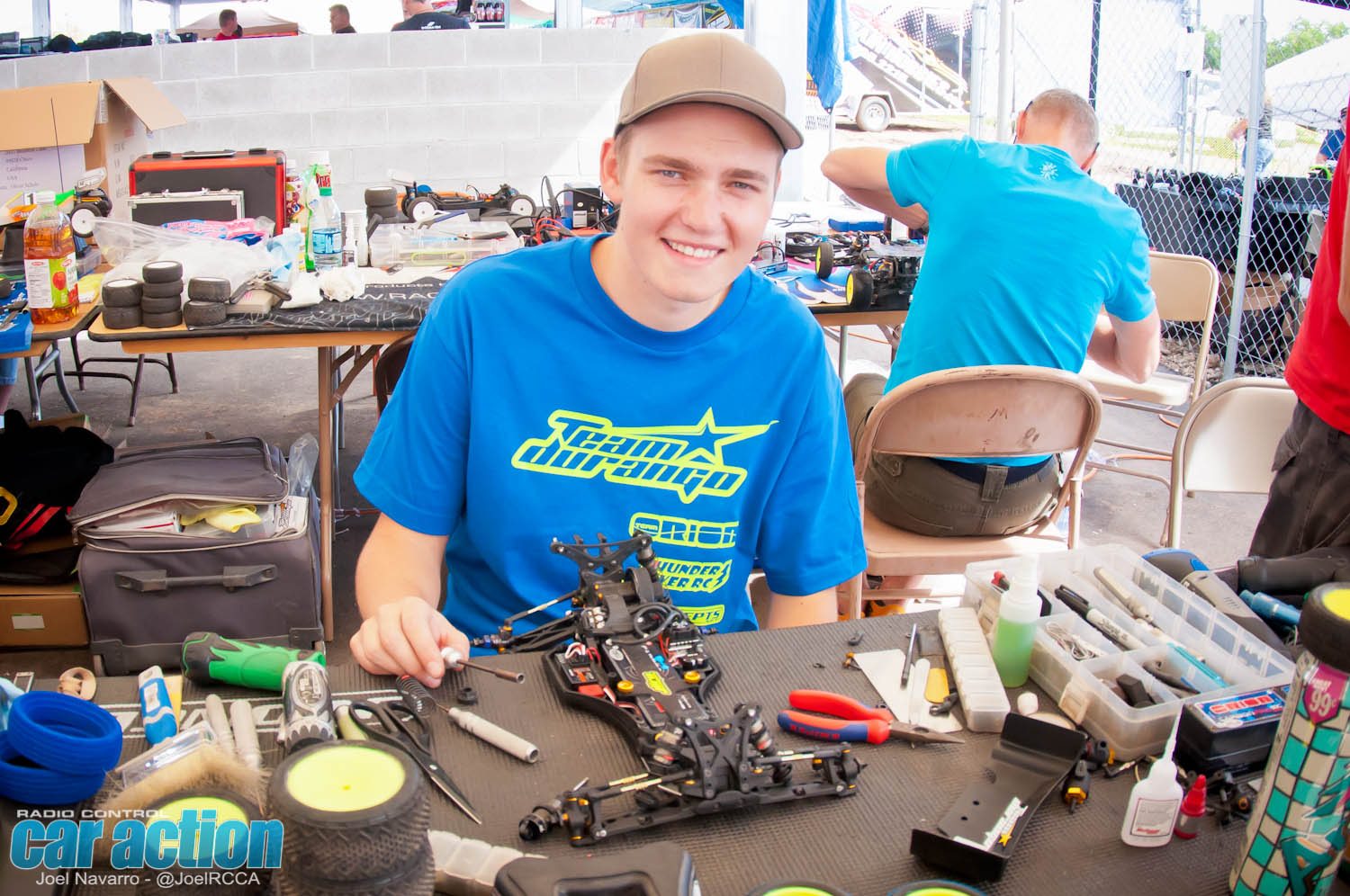 Joern Neumann was the fastest Team Durango buggy in the first round, as the former Reedy Race Invitational winner and his teammates running several prototype parts on their DEX210 cars this weekend. Neumann missed an 11-lap run by just .604 seconds and finished third in the ‘B’ heat. 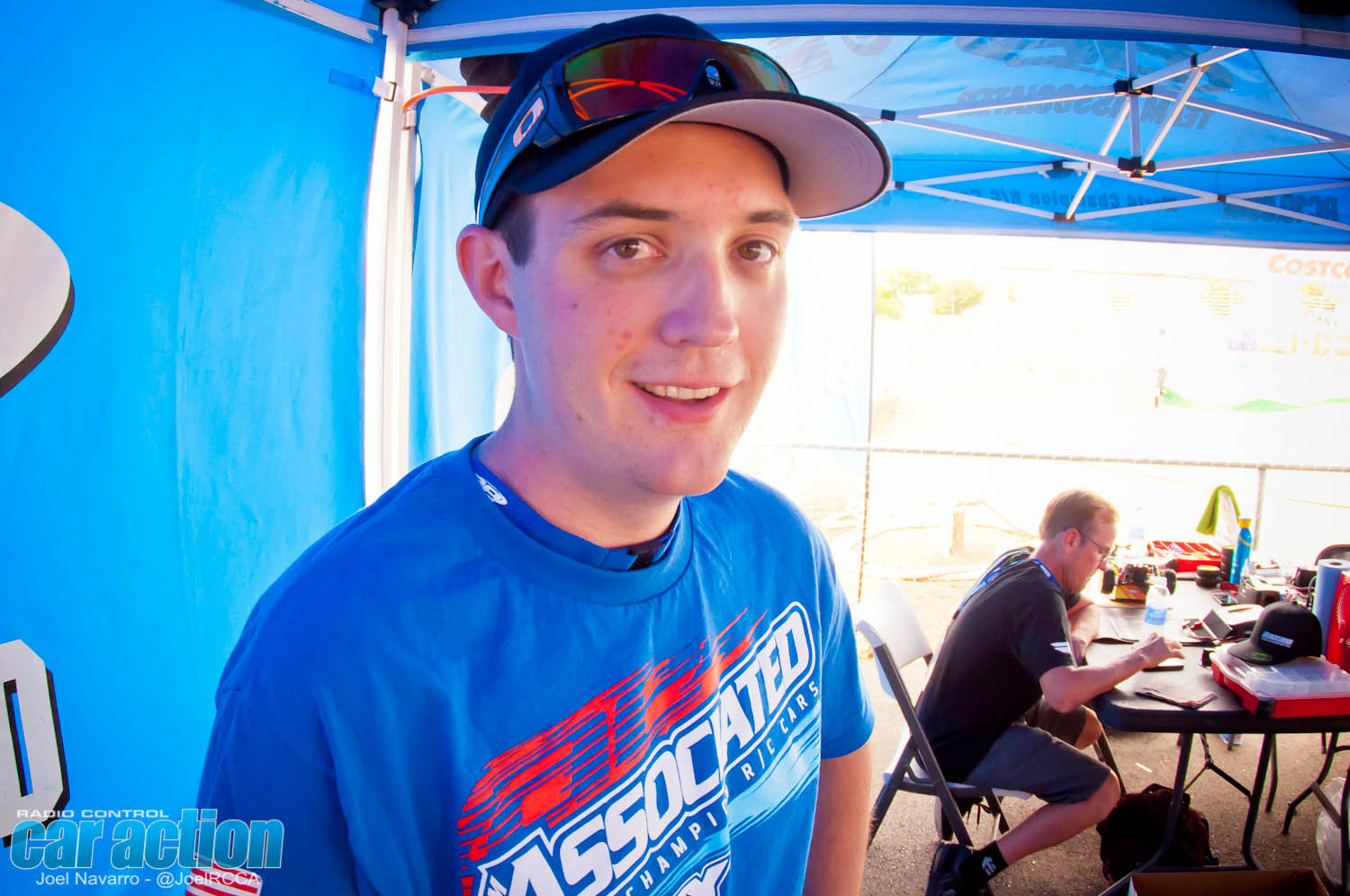 The biggest surprise of Monday morning’s opening qualifier? Team Associated engineer Kody Numedahl, who was buried all the way back in the ‘G’ heat after yesterday’s seeding practice! An accomplished factory racer long before moving to California from Colorado to work at Team Associated’s ‘Area 51’ engineering office, Numedahl has the skills to repeat the performance and could prove to be the sleeper in today’s qualifying. 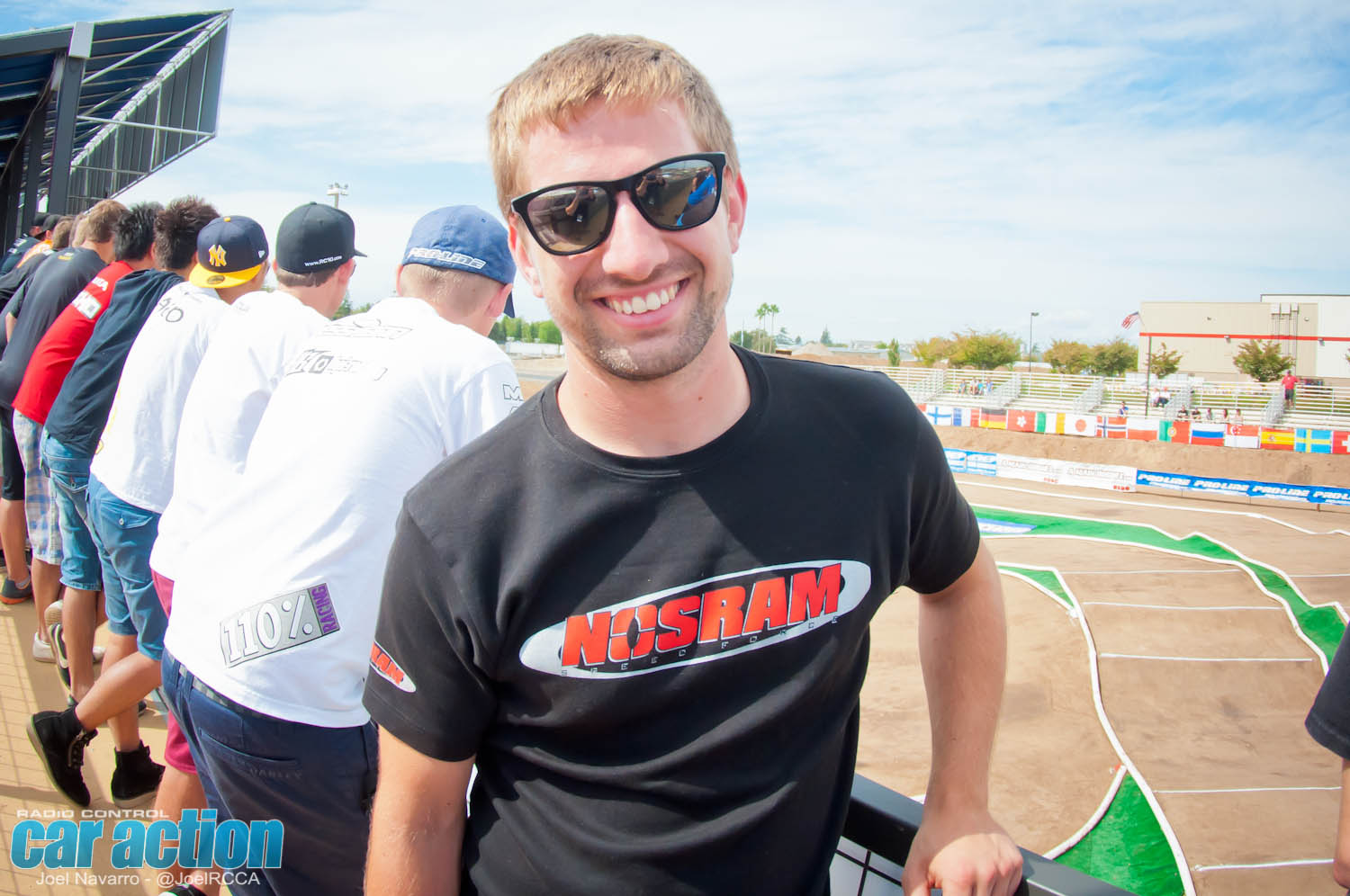