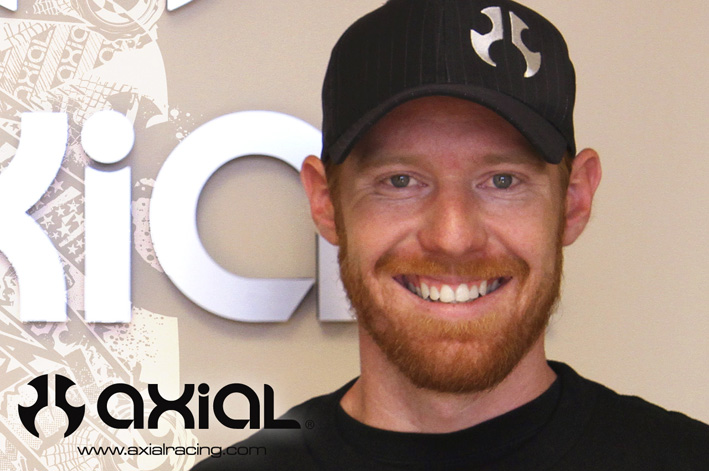 Axial is pleased to announce that accomplished rock crawler, Jake Wright, has joined the Axial Rock Crawling Team. Wright will be competing with the Axial XR10 with Hardline Body at the following events for the remainder of 2011 season: Axial AWCC, Vanquish Products presents: La Guerra en Rocas Rojo, USRCCA Nationals, AWCC Washington Qualifier, and the AZ Summer Shoot Out.

“Jake has been a vital part of the RC Rock Crawling scene,” said Jeff Johns, President of Axial Inc. “Wright is one of the top drivers in the world and an all around great guy. We are excited to be adding him to our Axial team.”

Brad “Bender” Dumont, Axial Team Director, also noted, “I have competed against Jake for years in the R/C Rock Crawling world. He is an incredible driver with nerves of steel. Wright has attended R/C Rock Crawling competitions all over the world and usually pulls off a podium finish. Honestly, I don’t know if I have ever met anyone as easy going and approachable as he is. Jake always has a smile on his face and is a great person to talk to. He [Wright] is always willing to help a fellow competitor out with advice on setups and driving also, no matter what level they are at. Jake will be a huge asset to the Axial Rock Crawling Team and we look forward to a long-term relationship with him.”

ABOUT JAKE WRIGHT: Jake began rock crawling in 2004 when he and his father got involved with 1:1 rock crawling vehicles. Later in 2005, Jake eventually began driving both RC and full-sized crawlers. His great skills have led him to crawling adventures in various parts of the world to compete, and have helped him achieve several commendable wins during the course of his crawling career:

About Axial Inc: Founded in 2005, Axial, Inc. has quickly climbed to the top of the R/C market by offering a dynamic line of class-leading radio control chassis and accessories for the entire scope of the hobby, from novice users to competitors. Every component of our product line is researched and developed to offer superior performance, durability, and style. A true lifestyle brand, Axial is regularly involved in local and national events which allow us to keep our finger on the pulse of the RC culture. We’re feeling the love in return, earning coveted awards including “Truck of the Year” (Radio Control Car Action 2008), “Best Product” (RCCrawler.com 2007 – People’s Choice), and “Most Innovative Product” (RCCrawler.com 2007; RC Car Action 2008 – People’s Choice).