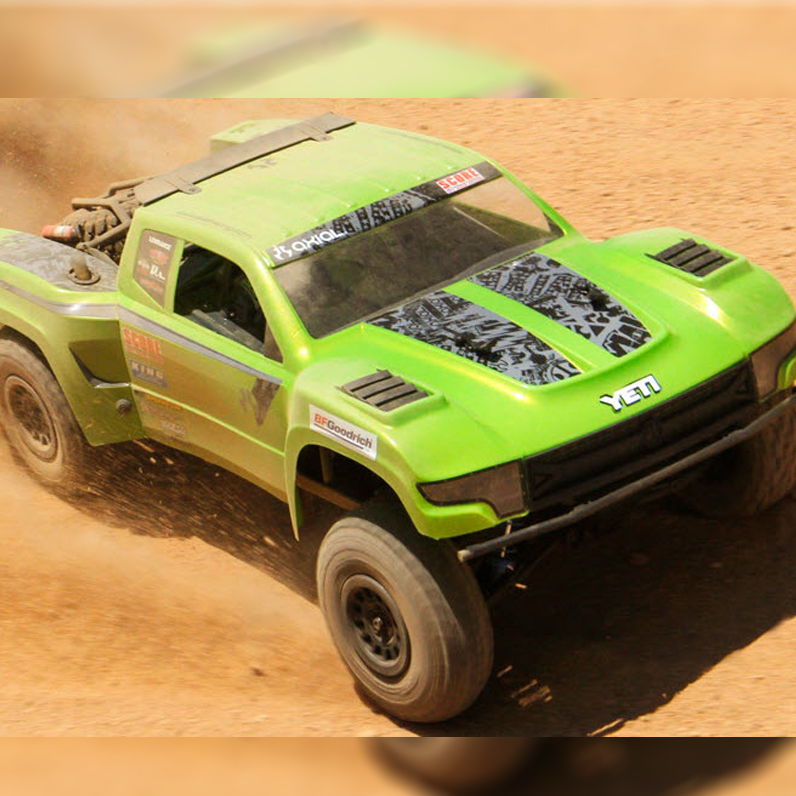 Lots more deets from Axial after the pics and video, and even more at AxialRacing.com. 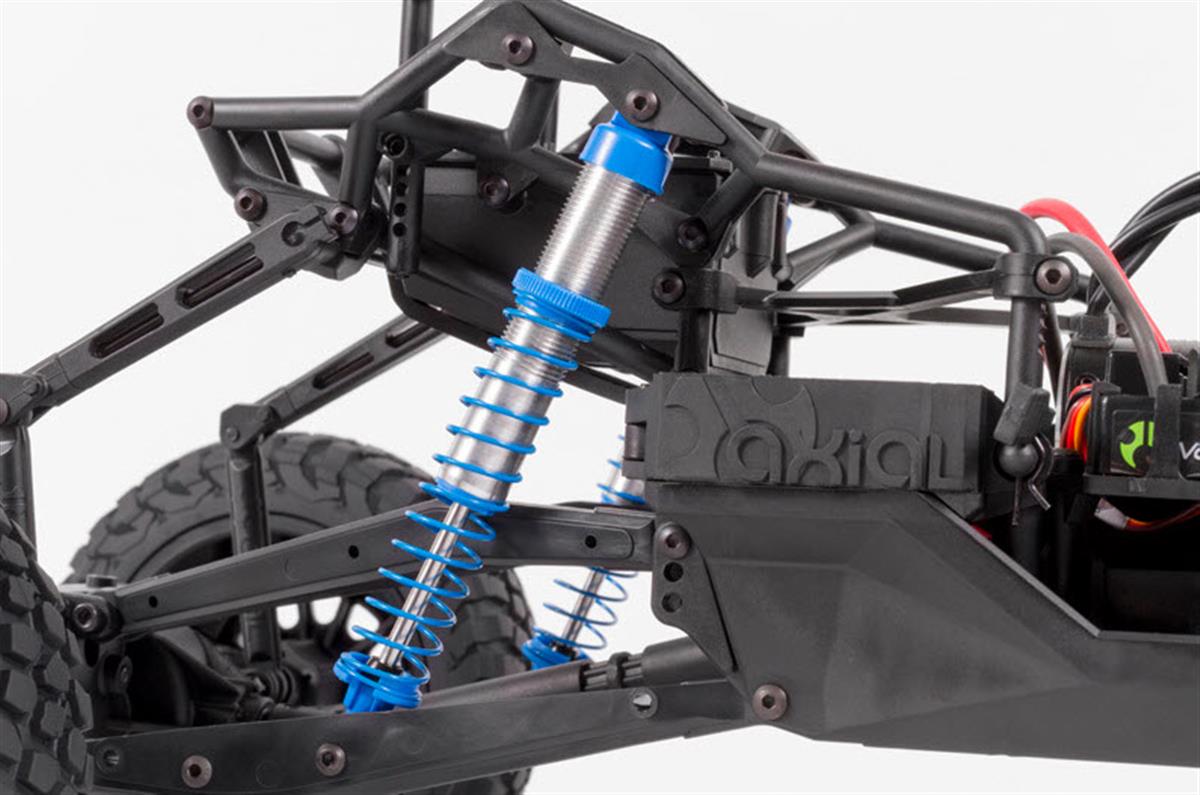 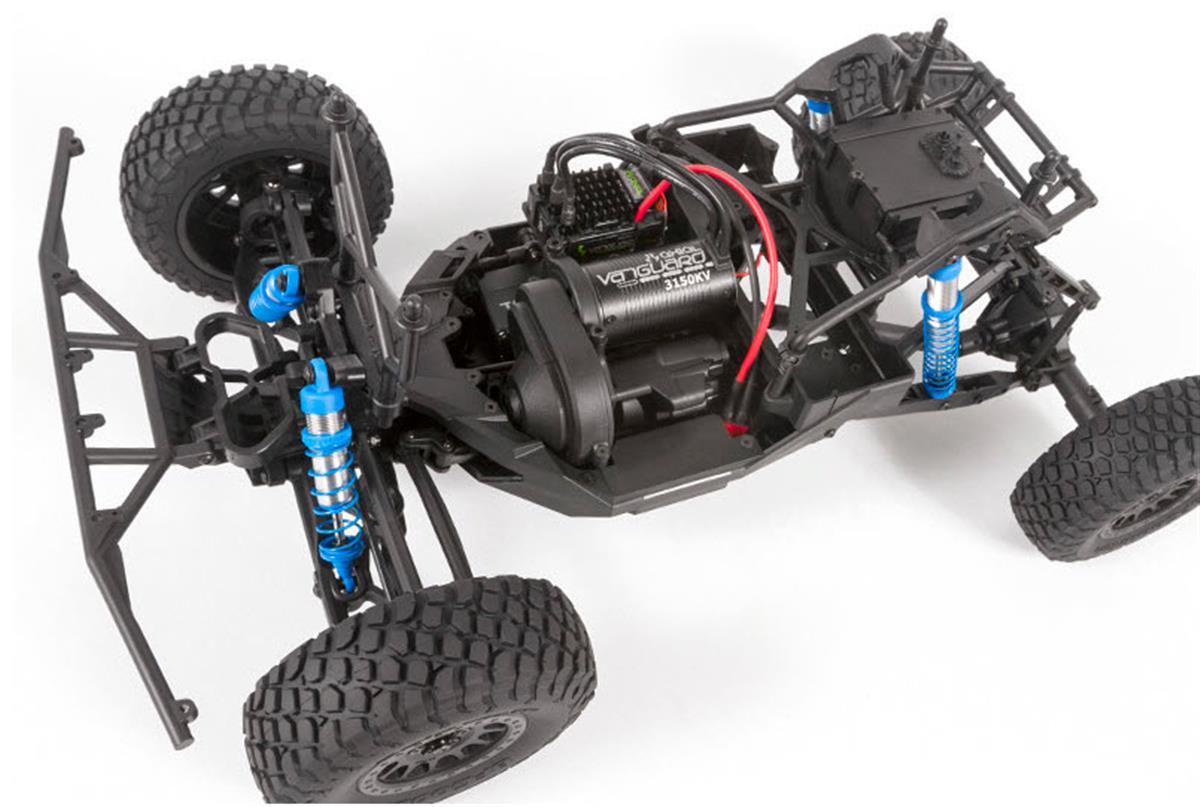 The Yeti™ SCORE® Trophy Truck® RTR is THE ONE that Axial has been working towards for a long time! We’ve always wanted to build a Trophy Truck®, but we first had to build a successful platform. For authenticity, it had to be solid rear axle versus the commonly accepted independent suspension all the way around. Some would consider this “going backwards.” But Axial didn’t just accept what the establishment said was the only way, we wanted true scale looks with the functionality to match. When we delivered the Yeti™ Rock Racer with its IFS front end and solid rear axle, we knew then we had the key ingredients to deliver the vehicle of our dreams – our very own solid rear axle trophy truck! And to top it off we went straight to Roger Norman, CEO/President of SCORE® International, for his blessing and for official licensing.

SCORE® International, the premier world championship desert racing association, was founded in 1973 by the legendary Mickey Thompson. This race organization is home to the world famous Baja 1000 and Baja 500 events. If you live in Southern California, chances are you have seen the iconic red, white and blue SCORE® decals adorning off road vehicles all over the place. This desert racing series was the early inspiration for short course racing events, as organizers tried to bring desert racing to the masses in confined spaces. That’s right, short course off road racing was born in the desert. In true Axial style, we brought you a new R/C vehicle replicating desert racing’s top level competition vehicles, the SCORE® Trophy Truck®.

Axial didn’t stop there. We partnered with the top companies actively developing their products through desert racing to take authenticity to the next level. The Axial SCORE® Trophy Truck® is suspended by a set of aluminum King Shocks rocking the iconic blue shock caps, rod ends, ride height adjusters and springs. King Shocks is a company who has all but dominated the sport through the years providing the latest technology known to man to conquer the harsh terrain of Baja.

Axial also partnered with BFGoodrich® to bring you accurate replicas of the latest spec desert racing tire, the Baja T/A® KR2. This tire has already produced wins at both the Baja 1000 and the grueling King of the Hammers events. A set of five functional BFGoodrich® tires mounted to the extremely strong 105 Method Race wheels provide the connection to dirt. The fifth wheel and tire being a functional spare accessed quickly from the rear of the Trophy Truck® cage.

The other partners on this vehicle are names synonymous with success in the desert: