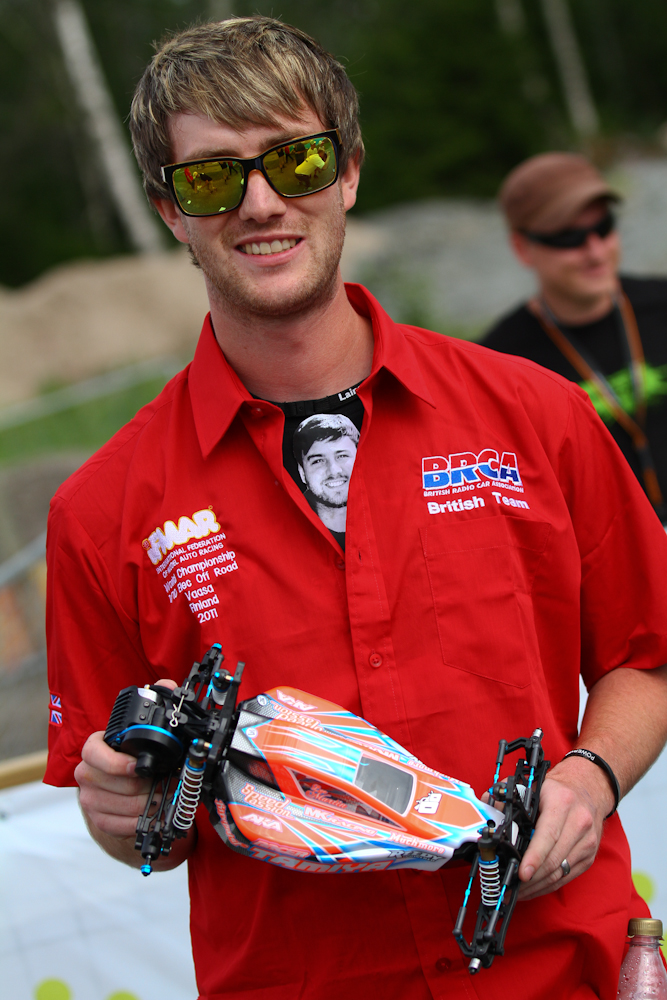 Welcome to RC Car Actions coverage of the 2011 IFMAR 1/10-Scale Electric Off-Road Worlds held in Vaasa Finland. Our coverage for this tremendous event is thanks to the folks over at Tekin Electronics. Today is the first day drivers will have a chance to drive on the recently changed Vaasa track. Like most tracks in Europe, the tracks hardly change their layout. However, for this event IFMAR rules require a track change. So many of the drivers that made the trip over for the warm-up race a few weeks ago found themselves looking at a slightly different layout. Without seeing a car on the track yet, the track looks quite deceiving. There are many subtle terrain features that seem to be just enough to keep even the best drivers in the World on their toes the entire time. Many of the larger jumps are covered by an industrial grade carpet which does two things; offers a different traction surface, and protects the jumps from the constant punishment of buggys slamming into them. Many of the racers have mixed emotions about the track. Some, mainly the Euro drivers like it, while others would like to see it go in order to keep a constant traction surface on the track. From what I understand, during the warm-up race, the carpet torn in several sections which eventually lead to several crashes. Racers do not want this happening again, especially during the A-mains.

As for Sunday it was merely a day for operations. Teams and drivers were arriving for the first time, checking in, unpacking, and more importantly, attending the Opening Ceremony. Promptly after the opening ceremony was the Concours event. I have to say, there are some extremely creative paint jobs amongst this competitive field and some of the cleanest paint lines you’ll ever see. The winner for the event was UK’s very own Lee Martin with the support of fellow countrymen Darrin Bloomfield(on Lee’s chest). It seems due to BRCA rules, Bloomfield was not able to attend the event. I’ll have more on that story later. In the mean time. Check back for daily updates, videos, and photos from the 2011 IFMAR World Championships in Vassa Finland. 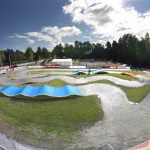 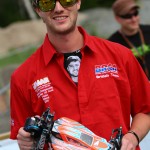