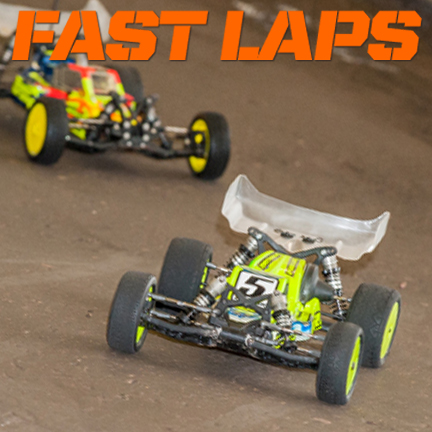 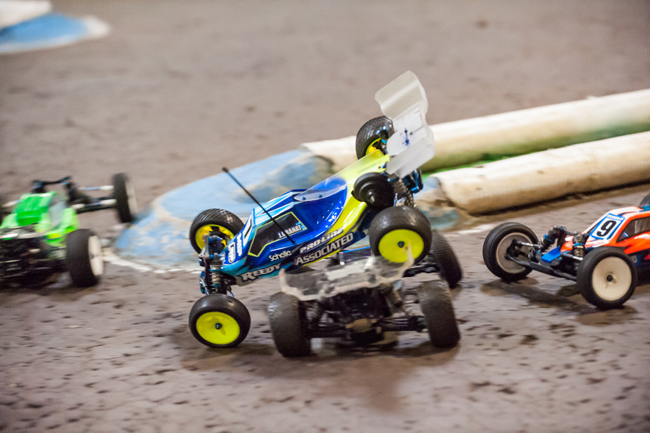 Stock buggy racing has always been the most popular form of electric off-road racing.

Venture to any RC track and it’s obvious that the stock classes have been the lifeblood of electric off-road racing. It usually has the most participation with its own rules and subculture. It’s so popular that an entire industry has been developed around it with products designed specifically for the class. In the early days of racing, all you needed was a Mabuchi 540, a six-cell sub-C pack, and you were on your way. It has been theorized that the class was adopted to help beginners move out of the Novice class and transition in to a level of speed that is challenging, but reasonable without the frustrations and costs associated with modified racing. There is a commonly known theory that by limiting and equalizing the power running through the vehicles, an equal playing field can be attained to help create affordable, competitive racing. Hmmm, cough, cough.

Fast forward to 2014, and the state of stock racing seems to be spiraling out of control, but is it? For simplicity sake, we’ll use the buggy class as an example since it is the most popular. Ask some racers that compete and they’ll tell you that to be competitive you have to open up your wallet and max out that credit card. That approaching the cash register is ridiculous compared to the purchases made from 2007 or longer ago. Most agree that the class still has a strong following, but is it realistic for the average racer and does it prevent the class and the hobby from growing? Let’s take a look at the current costs of stock racing. 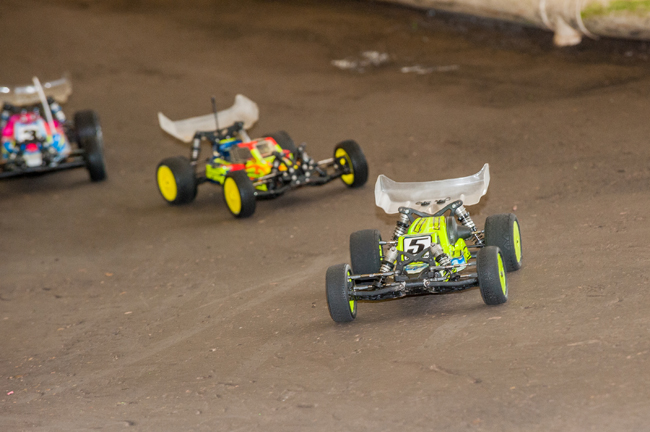 Choices in buggies are more varied than ever before with options and styles that suit any racer’s tastes.

Years ago, there weren’t that many cars to pick from. You were either in the Losi or Team Associated camp, with a few other options for those wanting something a bit “different.” This made it easy, but limited you choices. Well times have changed with the industry scrabbling to meet the demands of the thriving off-road electric scene and have introduced many very capable race-level kits. A quick tally of buggies on the market shows over fifteen race-level 2WD buggies available. Modern racing has benefitted from it and the free market has made the choices abundant. When taking inflation in to account, prices are relatively unchanged from years past. A new Team Associated B5 kit will cost you around $240 from various retailers, while a Team Associated B4 kit from 2007 sold for around $200. Ready to buy a kit? Fortunately there’s never been a better time to shop for one. 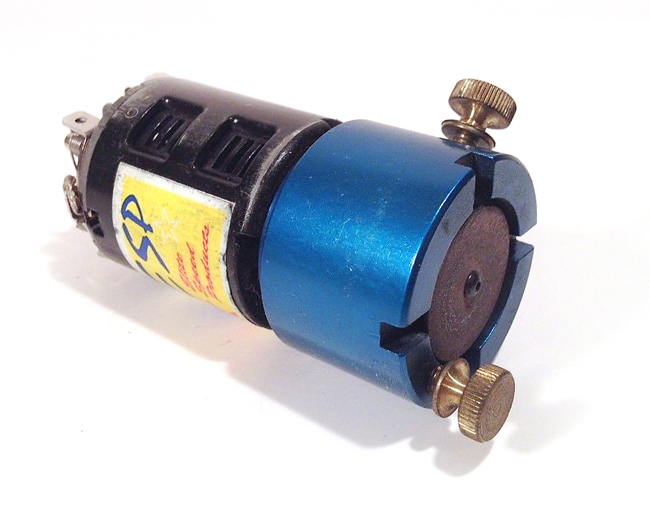 The Trinity Motor Brush Slotter was just one of the many tools brushed stock racers used to gain an edge in performance. It took expert knowledge and a lot of extra work. 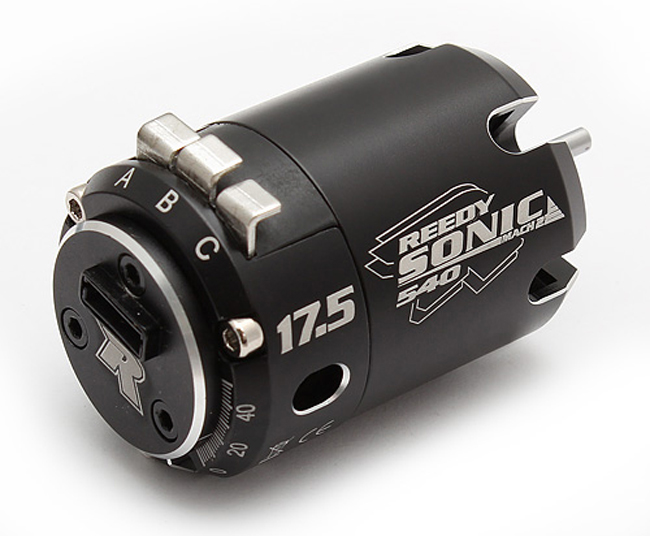 Brushless stock motors have lowered overall costs and alleviated many of the maintenance chores associated with brushed motors.

Brushless motors have revolutionized our hobby with their reliability, ease-of-use and efficiency, but at what cost? Things first started out as a cheap investment (around $8 even in today’s market) in a sealed “Silver Can” Mabuchi 540 brushed motor (yawn), but racer’s needs upped that to the rebuildable 27-turn, brushed motor that had very stringent specs that kept it below the ROAR mandated maximum cost rule of $40. At the time these motors provided enough power to keep the stock racers satisfied (okay, like anything there were some racers who complained). True they needed a lot of maintenance, tuning, and a bit of voodoo, but even with the extra costs of a motor lathe (a one-time $165 purchase for a HUDY without a diamond bit), brushes and springs, it seemed relatively inexpensive. In comparison, a modern racing Stock 17.5T brushless motor will cost you a pretty penny. It’s not uncommon to see these motors surpass the $100 price tag and even with some savvy shopping will still keep you around $80 to $90. Luckily these motors don’t need some of the wacky accessories that you’d see in the pits that were associated with brushed motors; peltier cooler (a weird thermoelectric unit racers used to cool their motor off before hitting the track), break-in fan, Trinity brush master, etc. Apart from the brushed motor guru who knew all the tricks to gain an advantage (not many of those guys around any more), today’s racers prefer the ease of use and lack of maintenance modern brushless provide and welcome the trade off in costs. Let’s take a look at a list of common motor related costs associated with a typical six-month span of racing (based on racing 8 times per month):

As you can see, there is quite a bit of difference between the two and sure some of these costs can be varied depending on how much you race and how often you do your maintenance and tuning. Keep in mind I’m not including tools for altering brushes, motor spray, oil for bushings, etc., but you get the general idea. What at first seems like brushed motors would be cheaper, is really much more expensive no matter how you add it up. 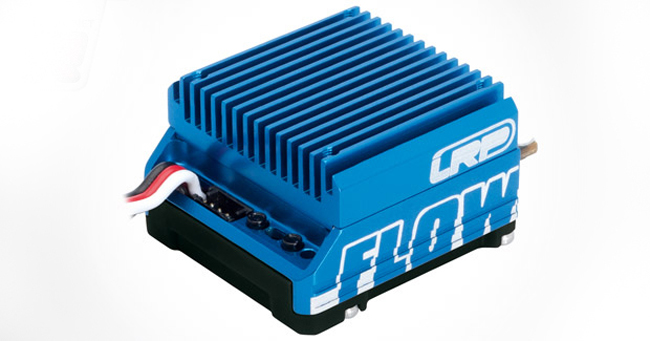 Modern speed controls have added many features while maintaining similar costs from a decade ago. 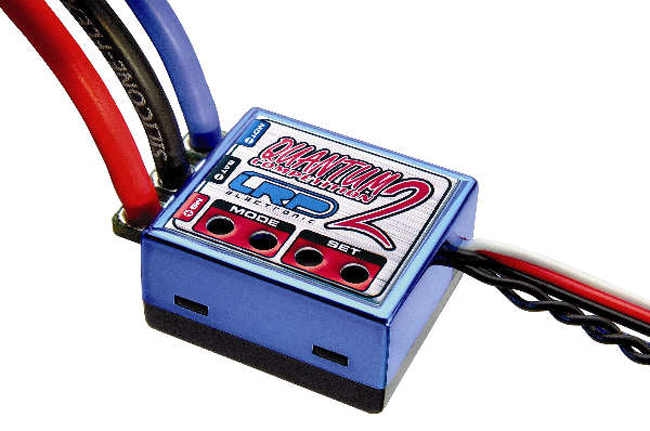 In 2004 the LRP Quantum2 was state of the art and prized by racers everywhere.

Racing electronic speed controls have been around for years and even ten years ago were available in many levels with a wide range of costs. Like today, there were a few that dominated the scene, but even if you decided to go with one with all the bells and whistles, you were looking at an investment like you’d have to make today (in 2004 an LRP Quantum Competition 2 would set you back around $160 and today a LRP Flow sells for $160). Yep, the same exact price in spite of increasing features, power and reliability. Connect a laptop or programming box and a whole other world is opened up. Who remembers the old Novak Pit Wizard? Not exactly the most features, but it was pushing the technology of the day. Then electronic timing came in to the industry, and everyone panicked. Thankfully “Blinky” mode rules (“Blinky” locks the timing in the speed control electronically to provide all users with an easily identifiable mode in which to run in) stepped in and kept the stock racers from dealing with “speed control of the day” issues and helped that trend from becoming a runaway problem. Confused by it all? There’s always the “default” mode to bring you back. Just turn it on, set your endpoints and you’re going. So from a cost standpoint, things are about the same, but features have increased dramatically. Even if you are on a budget, these same companies now offer stock spec racing speed controls that run only in the “Blinky” mode at a much lower cost for those who have plans to make the commitment to stock. Today’s racers win again. 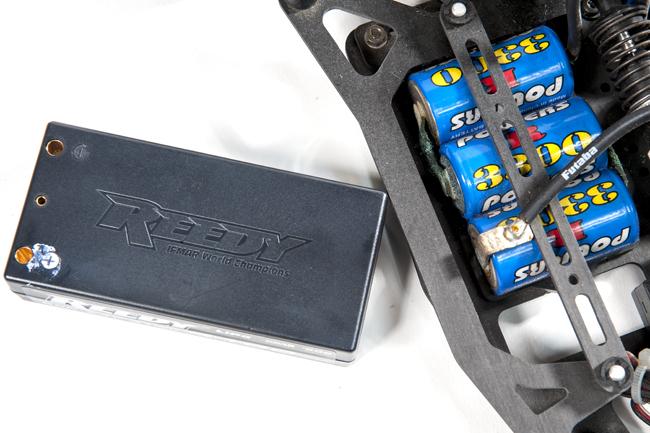 LiPo batteries win hands down and have added consistency, ease of use, runtime, long life, and durability.

Who remembers sub-C batteries? Ask any veteran racer and chances are they will have a story about running a special NiMH or NiCd pack. First, if you were a top-level racer you chose the more expensive matched cells. This often started a mini-war with the fighting being done over who could get the newest, most powerful cells that had a short racing lifespan; usually one big race (then relegated to practice or club-racing). There was also the preferential treatment of sponsored guys who got the cream of the crop, cherry-picked cells that the rest of us mere mortals could only dream of owning. They were complicated (know what these symbols mean: SEC, AV/V, CHG, PV, MAH, AR, CUTOFF OR DISC?) and at times dangerous (deadshorting of cells on the Novak Tray with a piece of solder wire or how about those IB3800s and their ability to mimic a shotgun shell). There was also a host of devices that racers often felt were necessary in order to be competitive (i.e., Competition Electronics Turbo 35, Novak Tray, MuchMore Racing Battery Heat Sink II, Deans 20 Amp Light-Bulb Discharge, Tekin Battery Nurse, etc.). The reality is that it is much different than the stats show; 2S 7.4V LiPo pack=  $100, 6 sub-C Team matched NiMH= $90 (2004). And, how about struggling to make runtime? These days even an 8-minute modified 1/12-scale pan car race sees cars going full throttle around the track and we all have witnessed stock buggies making practice sessions look like endurance events. The fact is, our batteries have seen great improvements in runtime, consistency, ease of use, and durability. For pure convenience and cost factor, LiPo packs win hands down and combine this with the need to only own 2-3 LiPo packs versus 4-6 NiMH packs and the advantage is clear. 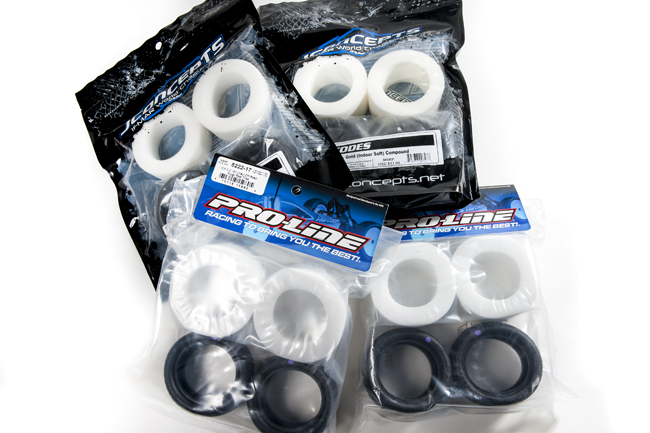 Racers have more options then ever before while enjoying the same costs.

Aside from the proliferation of tread patterns and compounds, the costs in this area of racing hasn’t changed. A race level set of Pro-Line tires and wheels will set you back around $22, and in 2007 it was the same. Apart from the addition of closed cell inserts, things have stayed in synch. Okay, okay, yes that insert has added a significant cost that wasn’t there before (well there were products like the Trinity Bomb inserts), but in the scheme of the big picture it isn’t that bad and in some cases trimming that stock open-cell foam will be just fine. Like a decade ago, it’s still just a bunch of plastic and rubber.

Here is a cost comparison between two different eras to show the costs for a typical six months of racing. Numbers can vary between racers, but this should give a good indication between the brushless/ LiPo and brushed/ sub-c differences.

The issues facing Stock Racing are complicated and for many, frustrating. Although you may hear a lot of this complaining, cost isn’t one of them. The reality is that stock racing has never been as affordable and equal than what it is today. Choices are more varied and are just as available to sponsored guys as the average guy in the pits. Like any form of racing, you can spend a fortune, but many drivers have proven that it is a cost affective spec class that should be attainable by anyone, where driving skill and tuning knowledge rewarded and not limited by the maximum balance on a credit card. So let the whiners keep crying. There have always been those who have cups half empty, but my cup is half full. Wednesday is right around the corner and our local club-racing scene is thriving, and that’s my night to laugh and have fun with my friends. Now if I can only figure out if I should gear my buggy with a 32 or 33 tooth pinion. Ugh.