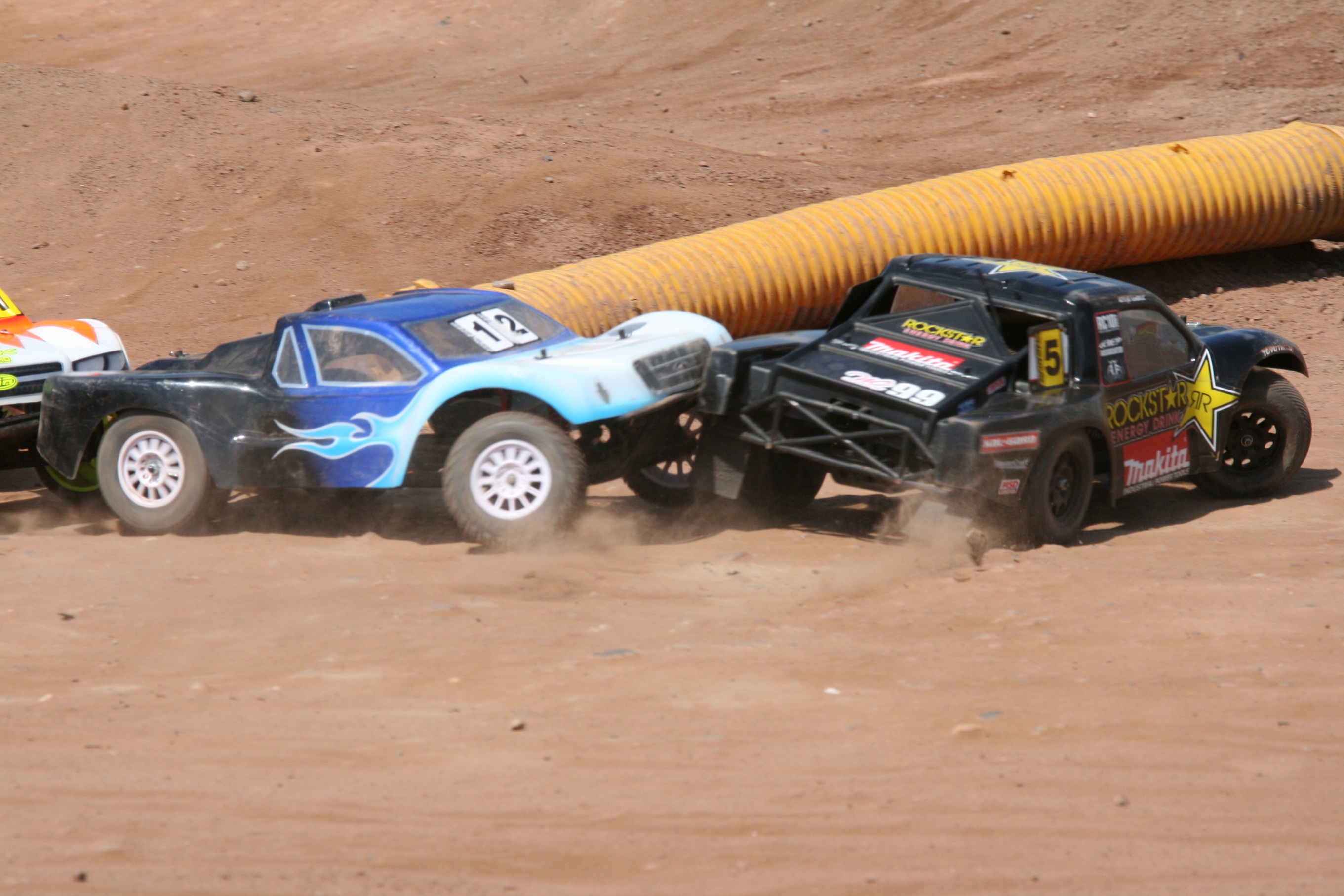 Let me be clear: I am a proponent of short course racing. I fully embrace RC’s return to scale realism and short course is my primary racing class of choice. That said, I have my concerns. More specifically, I have one important question. The question is simple. Is the short course racing class on the right track? It started off great and everyone appreciated the spec aspect of the class. There was only one truck to race, the Traxxas Slash, so it was a natural box-stock class. Aftermarket parts soon started hitting hobby shop shelves, and just as quickly, other trucks became available. Some tracks stayed box stock and some migrated to a stock class with few limits outside of battery and motor. The tires had to be “short course tires,” but that really only meant that the had to have tall sidewalls on the outside. With next to no formal rules, non-realistic treads were soon the norm. In my opinion, that was a mistake. Early on, Pro-Line offered the Switch tire that had more traction than any out of the box tire, but it still had a realistic tread pattern. That soon became a bashing-only tire for the most part as many tires were quickly released with racing style patterns. Like everyone else, that is what I now run on my truck. I don’t blame the manufacturers at all. If someone comes out with a race-type tread pattern, you better as well. While I often get frustrated with those bash and blame ROAR, I do believe ROAR was far to slow to get involved and if the manufacturers are left to their own devices and allowed to push the limits, that is exactly what they will do. Recently, ROAR did take action and place the kybosh on ribbed front tires. Good move, ROAR. In my opinion, ROAR needs to use this move as the first in a long list of moves designed to keep scale realism in short course racing and to keep short course racing more in line with the needs and desires of thousands of weekend warrior racers and not the needs and desires of a few dozen top-tier pro-level racers. Doing so will help grow the segment and, in turn, help grow RC. When a non-enthusiast shows up to the track and sees short course trucks racing, they should be inspired, not intimidated. Great racing doesn’t have to be ballistically fast. ROAR should keep the trucks in check. Scale looking vehicles have also proven to have far more universal appeal. When the same non-enthusiast shows up at the track, they should be able to relate to the vehicles being raced. I don’t believe short course is too far off track and I believe this segment has huge potential, but have to shape that potential and not let the class run its own course.