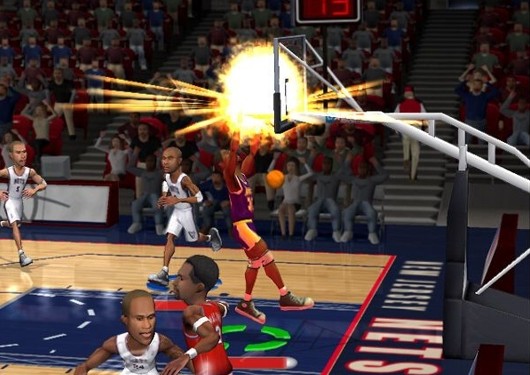 I may show my age here, but do any of you remember the video game “NBA Jam”?

Arguably one of the best arcade and console games of the mid-90’s, NBA Jam had a thrilling gameplay style and a mind boggling commentary for its time.  The sports commentators would call the video game’s action just like a real ESPN commentator would.  One of my favorite phrases from the game was frequently said after a particularly amazing move–be it a dunk, or a half court shot–was made; in response to the incredible move, the computer commentator would say in disbelief, “Is it the shoes?!”    Funny, but many a pair of basketball shoes have sold due to a perceived performance advantage…so, is it the shoes or the player that makes the performance? 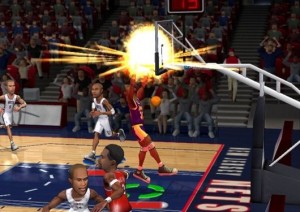 Is it the shoes?

This question is a good one, since it applies in one form or another to any performance sport.  Was it Michael Jordan’s Nike shoes that made him so good?  Did Michael Schumacher’s Ferrari F1 car allow him to be so dominant?  Was it that absurd 3-foot long microphone that made Bob Barker such an epic “The Price Is Right” host?

The answer to these questions is usually a quick, “No, of course not.”  Or is it?  I just watched Jared Tebo TQ and win both classes at The Dirt Nitro Challenge–the first time this accomplishment has ever been done in the race’s long 12-year history–and it makes me wonder.  Is it Jared’s talent, his equipment, or both that brought him these wins?

In my opinion, it’s a strong combination of both.  To bestow all of the credit to a driver’s abilities without acknowledging the tools that hold up to the task (or vice versa) is myopic.  In racing, fans are quick to point out that the most talented racers like F1’s Schumacher or Kyosho’s Jared Tebo “would win even if they were driving a shoebox.” This is a silly, tired cliche to be certain.  At the level Jared Tebo races, every racer has supreme driving talent.   So what separates the talented from the winners–the car?  The tires?  Is it just Jared?  In my opinion, Michael Schumacher would have won races in F1 had he driven McLaren or Ferrari.  But it was that magical combination of Schumacher’s talent with Ferrari’s equipment, engineering brilliance and build quality that earned all of those wins.  The same seems true for Tebo and Kyosho. 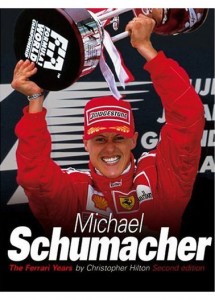 Was it Schuey or Ferrari? I think it was both.

Kyosho has endured a hard rap the last few years.  True, the Kyosho MP9 is the most expensive buggy on the market, and the internet know-it-alls love to point this out.  When Kyosho wins–as current IFMAR World Champion Cody King did in Thailand last fall, or as Jared just did in Arizona–the internet mob screams, “The MP9 had better win every race at that price!” or “What are they going to do, charge $100 more now?”  as though these comments are clever.  When the Kyosho buggy loses, the mob posts “See, this is why that car isn’t worth it–it’s expensive and it can’t even win!”  This is a catch-22 that grows out of a lack of understanding about racing at its core.

I can’t take anything away from Cody’s skills and performance at the IFMARs, nor can I dismiss Tebo’s natural driving talent.  Yet we are amid the most competitive 1/8-scale market in history, with more cars and more talented drivers capable of winning than ever before.  Would Cody or Jared have taken home their big wins driving another car?

My take–it’s the driver and the car.  One couldn’t win without the other.  Want to know how I know this?  Countless other previously successful drivers, including Tebo, have left the sponsors that made them successful to sign contracts with other companies, and mysteriously failed to perform as well with the new equipment.  This indicates to me that there’s a quiet, difficult to understand harmony between drivers and their cars that exists at an elite level.  Giving all of the credit for a big win to the car would be an insult to the driver.  And giving all of the credit to the driver would be an insult to the car.

Racing fans tend to assign success or blame to whatever makes them feel best about their prejudices.  When their brand wins, it’s the car.  When their brand loses, it’s the other driver that made the difference—it could never be their favorite car’s fault, or the winning car’s positive attributes.

Being a fan means that sporting events exist in an alternate reality, where wins or losses are “obviously” the result of whatever we want to believe.