Builder Bill Isnor tells us he’s been into RC for about four years, and for his Ivan “Ironman” Stewart tribute Toyota, he chose a Brazin Scale RC 10.2 chassis with a raw-steel finish sitting on a set of Vanquish Currie F9 axles. He chose a Tekin ROC412 3100Kv motor and a Castle Mamba Max Pro controller to put power through an RC4WD 2-speed transmission. The wheels are Vanquish OMF Outlaw II bead locks wrapped in Ottsix Racing KLR gold-compound tires. The bumpers and all the tube work were brazed by Bill himself, and he chose a Tamiya Hilux body, which he pinched and paneled. He also cut out the hood so that it can be removed to show off his 3D-printed Chevy 355 V8! 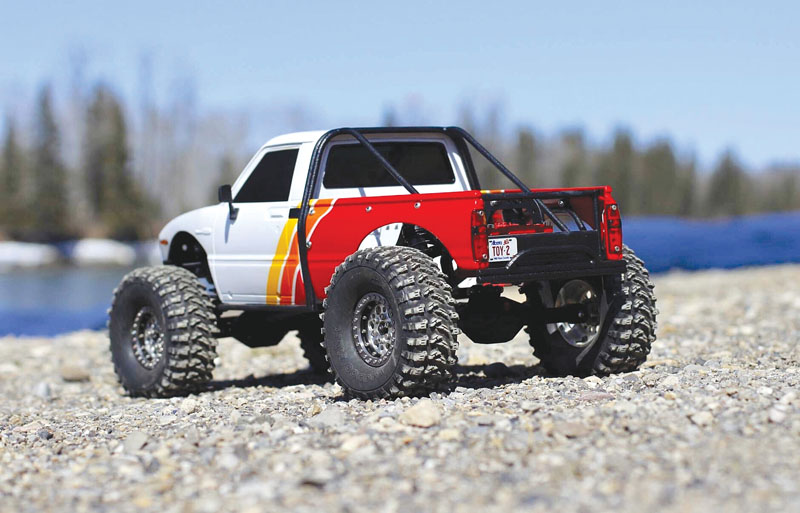 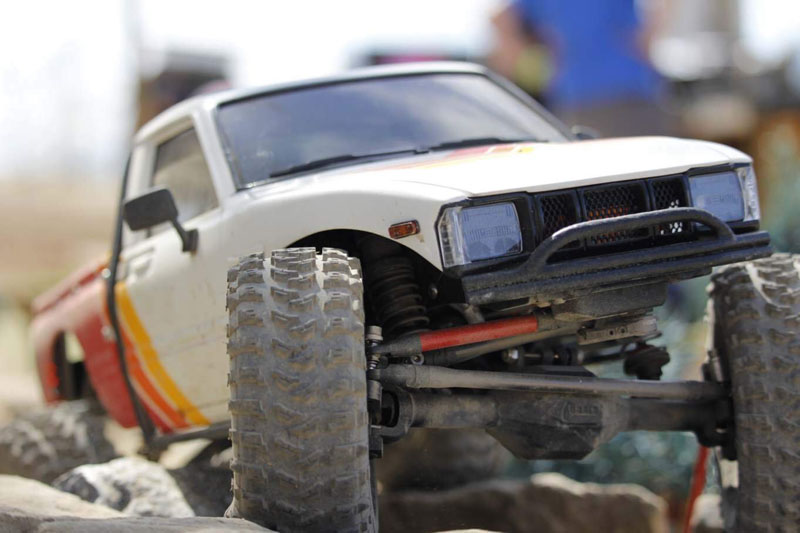 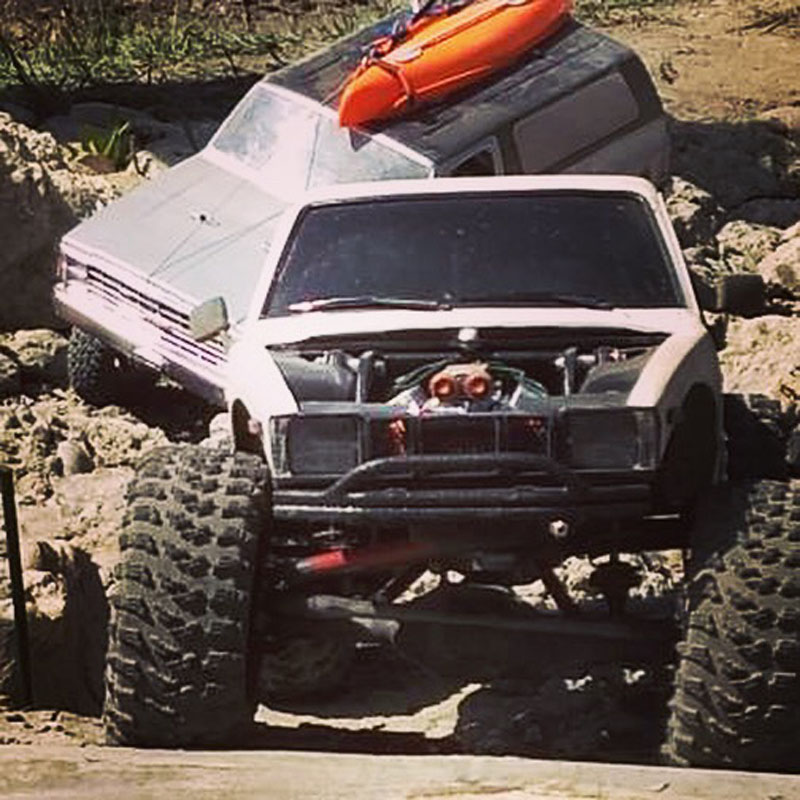 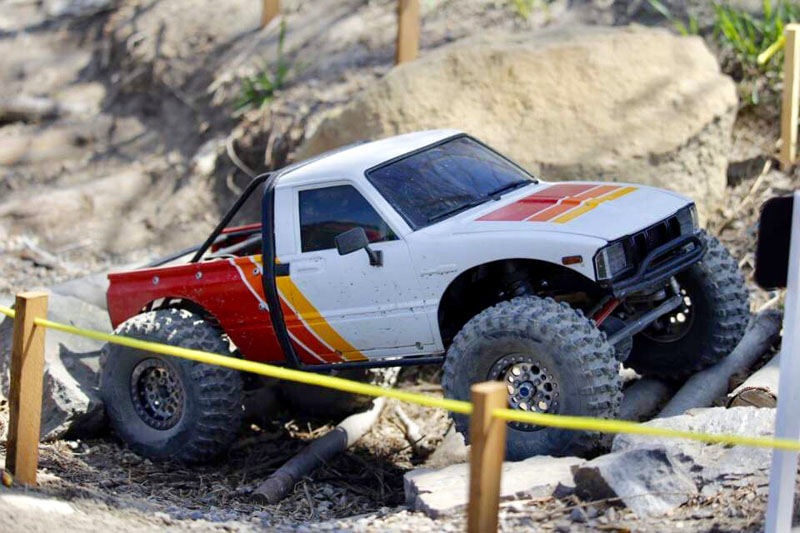 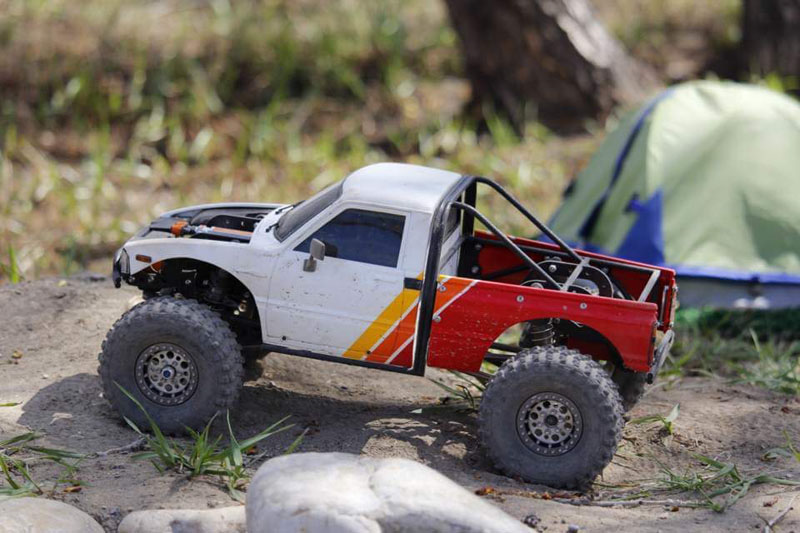 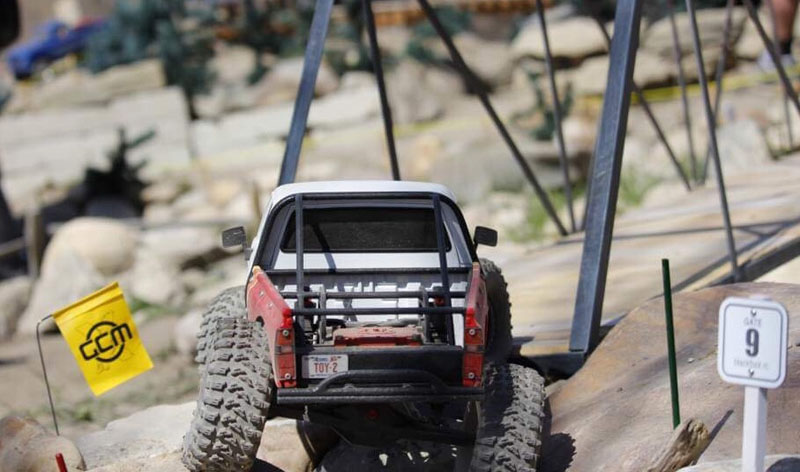 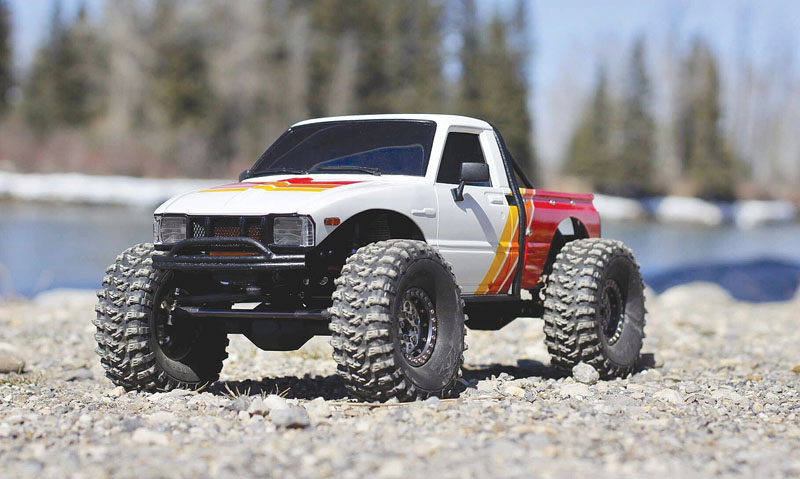