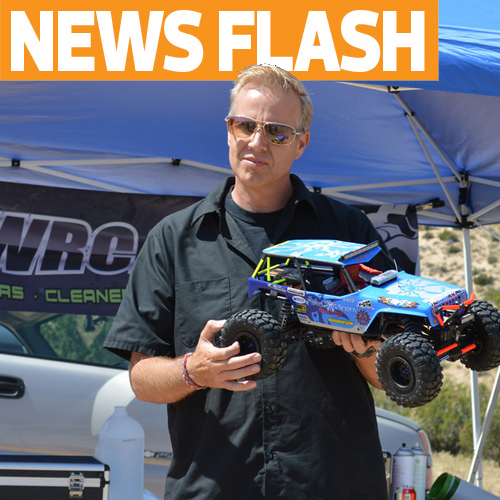 Tim Smith is one of the few drivers that has ever held RC’s most coveted world record – that being for the fastest RC car on the planet – and is currently working on reaching the magical 200 mph mark. That’s perhaps what made his most recent World Record achievement, in which he logged the greatest distance covered in a 24-hour period, the most interesting: he did it with a rock crawler, and an RTR at that!

Before Tim’s record run, the previous Guinness record was a measly 14.82 completed by the Panasonic Evolta robot as it cycled just over five times around the famed Le Mans racetrack back in 2009.

That was all the motivation that Tim needed to go after the record. Here are his own words:

To me, the record was an insult to RC cars so I wanted to set it with a real RC car. I thought about just using an oval car and racking up miles at some indoor carpet, temperature regulated, well-lit track…. but then I thought that if I am are going to set a record  I want it to be something impressive and to me not only physically and mentally demanding but rock racing is insanely hard on cars and parts.

I had just finished running my own Axial SCX10 truck on a single MaxAmps 2-cell pack for 8 hours and 5 minutes of hard trail driving  a couple of weeks earlier:

I thought: why not run for 24 hours? I have my truck that works and all the MaxAmps cells I could ever need, a mile-long rock race track…what else would make it more impressive? How about if I take a RTR right out of the box, add my MaxAmps pack, and run it for 24 hours? Axial thought this was a great idea and soon I had a new-in-box Poison Spyder Wraith. I got the rig on Friday before the run and went over all the screws to make sure everything was tight, but other then adding a set of MadDog RC LED light bars for the night portion of the run the truck was 100% stock.

I started on Saturday, April 12 at 12:30 pm and ran the Axial Wraith on two MaxAmps 10900mAh 2 cell LiPo packs, with one in the car and one on the charger at all times. Due to the rough terrain and stock brushed motor I averaged just over four hours of run time per pack. The only breakdowns were for a motor wire that broke off the motor tab, and at about 3:30 am I was really tired and got a little aggressive in the rocks, which ate some teeth off the idler gear and was forced to drop the transmission out of the Wraith and replace it.

Congratulations to Tim Smith on his new world record from everyone at RC Car Action! 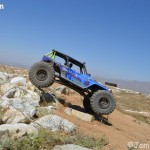 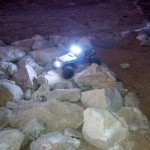 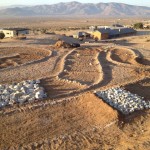 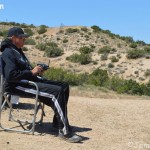