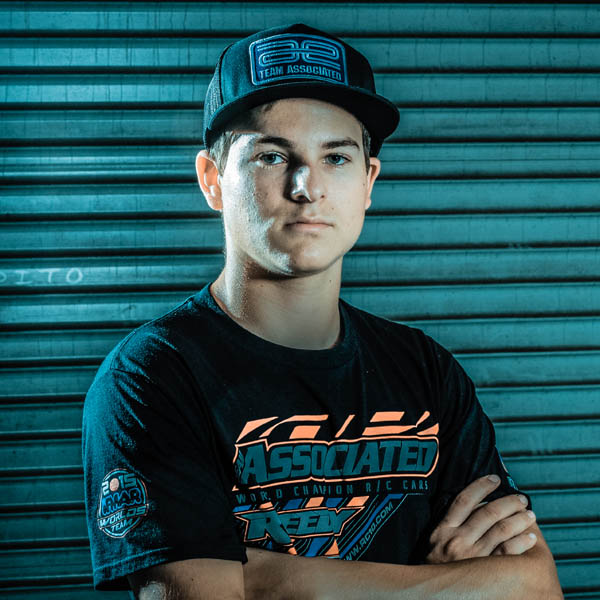 The list of drivers who have earned an IFMAR Off-Road Worlds title is a who’s-who of RC’s top pros, but sometimes a rookie pro makes the leap into the limelight to best the established top guns. This year, that driver is Team Associated’s Spencer Rivkin, who shocked the racing scene by taking the 2015 2WD World Championship in his debut Worlds appearance. We got a chance to sit down with this young ace and talk to him about this monumental accomplishment.

How did you get started in RC?

How did the Worlds come about? This was your first trip to the Worlds, right?

Yeah, I wanted to go to 2013 Worlds in Chico, but I couldn’t get in. Brent Thielke [Team Associated’s Team Manager] said that we would see how the year went. I got a lot better after that and Brent explained that we could work out a way to go to Japan for this Worlds with my Dad. So I went to Japan and that’s how it all happened.

What were you thinking when you finally got selected to go to Japan?

Well, a lot of it had to do with the 2014 ROAR Nationals in Florida. In order to qualify for a Worlds, you have to make a top ten at a National and I made the A-main in both buggy classes. I thought, “I can go to the Worlds now for sure,” and then I got a ticket from Brent and it was dialed.

What was your mindset when you finally got to go? Were you expecting to do as
well as you did?

I got a little disappointed at the Worlds Warm-Up race, but I didn’t really know what to expect. The Warm-Up went really bad. It was my first time going and I didn’t go to any of the USA races that Ryan [Cavalieri], Kody [Numedahl], and at the time Carson [Wernimont] went to. I went to the warm-up and I was in the B-main. I did alright, but going to the Worlds I really didn’t have any expectations. I mean I knew I wanted to win of course… The practice went off and it was a lot better than the Warm-Up. We had a different 2WD buggy and I was getting comfortable every run, and I was working up in the steps early. By the time qualifying started, I was up to speed and putting down top-5 times every run. By the fifth round, my best points were a two, two and a two, with a three and a four, so I knew I was in the Main. My whole goal was to just make the A-main. At any race, you can’t win if you don’t make the Main. So I started third and had two teammates- one front of me and one behind me. I was thinking I was pretty dialed. I didn’t have anyone I don’t want behind me, so I was pretty comfortable in that situation. Larry Numedahl [Kody’s father] kept telling me to think of it as “just another club race.” That became my mindset.

At what point did you start getting some confidence and think, “hey, I got a shot at this.”

Probably after A2, when I won. Obviously, I had built up confidence after qualifying and each run I was getting good points and I knew I could win it after winning A2.

It seems that you have a different mindset now. You’ve always had the speed, but there’s been talk about how you took it down a notch and smoothed out your driving. Do you think that was brought about by others talking to you, or did something else happen?

It was probably influenced by me watching a lot of videos of previous Worlds, like watching Maifield and Cavalieri going at it. Throughout qualifying I watched other drivers, and Brent Thielke and Jason Ruona told me that I had the speed, but back it down a notch and calm down and trust me it will happen, and then it happened.

You went to Japan with a new buggy to drive on a surface you aren’t really that comfortable on. Were you able to get much testing done before you went to the Worlds?

No, the only testing we really had was the Warm-Up. Again though, Ryan, Kody and Carson were doing some testing before and then we had the Warm-Up and we took what we had learned from there. But, mentally preparing, making sure all the cars were ready to go and were prepared when we got there. You don’t want to have a fire drill when you get there, so getting all the stuff prepared and done on time was a big difference.

When you were at home a while ago, did you do a lot of practicing with guys like Ryan Maifield?

I used to a lot, but now Ryan’s schedule is pretty busy and his schedule with TLR and Horizon Hobby is full. So he’s gone most of the time and when he is home now he just wants to hang out with his family. He’s gone a lot more now, but we do go practice sometimes when he is around, but usually he’s practicing somewhere else or racing out of town.

Now that you’ve done so well, especially on AstroTurf, do you think there is a place for AstroTurf and how do you feel about running on that surface?

I think most people who run only on dirt say that dirt “isn’t consistent this round,” or “was faster that round,” but I think it will stop a lot of that kind of talk. I think there is a place for AstroTurf, but tracks that are really successful, like OCRC Raceway and Hobbytown SRS in Phoenix, Arizona, will need to show the way for the smaller tracks. Because now, those smaller tracks kind of copy tracks like the famous OCRC and SRS and what they do. The bigger tracks need to show a new style. Once a new style shows up, trends will take hold. Or maybe a new track that opens up in a year or so, a track that we don’t know about yet, people will go there and think, “hey, this is dialed.”

Did you have fun running on AstroTurf? I know you won, but was it fun?

My home track is SRS and Warehouse 3, and I run on slicks every time, which is about three to four times a week, so high-bite is kind of my thing. I like running on pin tires, but running on slicks is probably the best. It’s the closest thing to running on AstroTurf. I mean you can’t really compare the surfaces, but in a way high-bite is high-bite, but the biggest difference is the consistency, which isn’t even close on dirt.

There’s been a lot of backlash from those who think off-road racing should mean outdoor, loamy tracks. How do you feel about that?

I think those kinds of tracks are long gone. I haven’t seen a track like that in a long while. Team Associated is putting on an outdoor Reedy Race at Saugus at Hot Rod Hobbies and a lot of top guys will go to that since it’s a Reedy Race, a prestigious race, but that’s the exception.

So now what’s the future for you now that you’ve won the Worlds? Are you going to do more nitro or race in other classes?

Yeah, Associated has the new RC8B3. I love working on it and I’ll be running nitro now and the company will have a truggy version soon, so I’ll be running in many classes and getting the cars dialed in and see how it goes.

Great, we look forward to seeing how that goes, and congratulations on being World Champ. 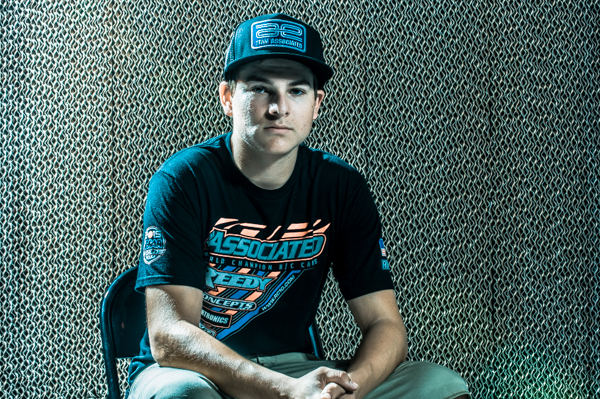 Team Associated’s Spencer Rivkin is only 16 years old and a mere rookie going in to the IFMAR Worlds event, but was still able to win the 2WD buggy class. 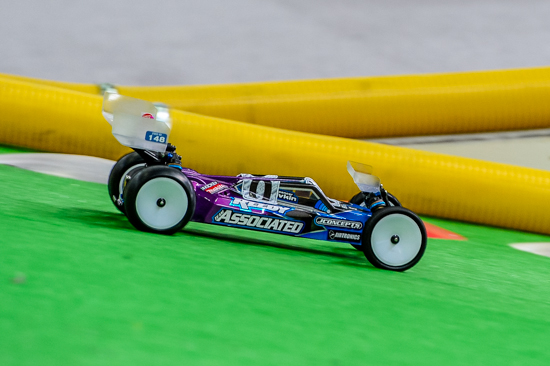