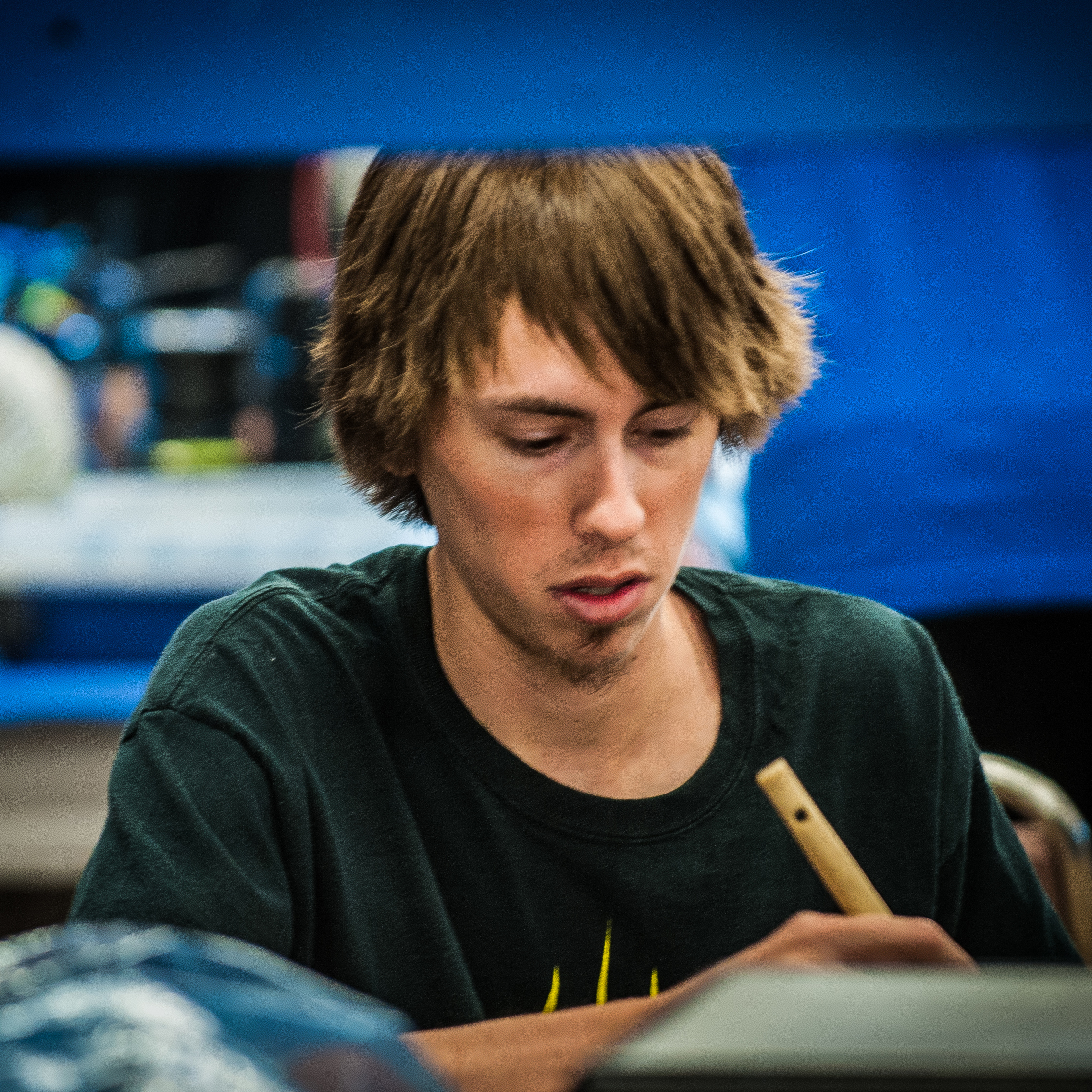 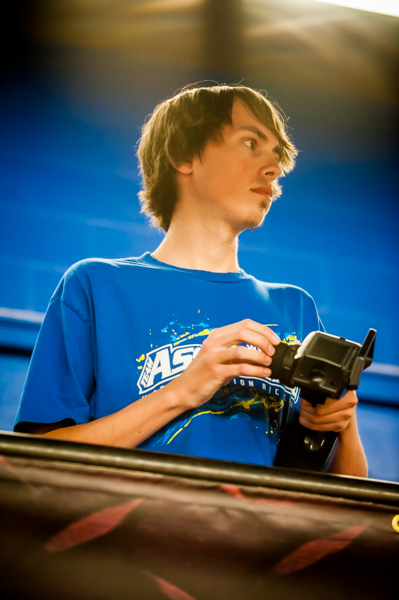 According to Gillespie, growing up in an isolated place like Utah can be an advantage.

Not many people realize that Utah has a thriving and passionate scene that has flourished since the early days of RC racing. Grounded around the historic IR/CR Raceway, the track recently went through an ownership and location change that is setting the path for the future in this region surrounded by snow-covered mountains. Known as having the “Best Dirt in the World,” this tight track has developed a hotbed of talent including a special racing family consisting of veteran father Rob Gillespie Sr. and his son Rob Gillespie Jr. Sr. has his own list of accomplishments, but the latter Jr. has developed in to a world wide threat in the last few years and has gone as far as earning himself a spot in the prestigious Invite Class at the Reedy Race of Champions where he has posted some respectable finishes. He’s fast, has the composure of a seasoned veteran and on his home turf at IR/CR, been almost untouchable. Factory drivers from the major manufacturers have visited their annual event, the April Fools Classic, and in the past two years have been sent home only to watch as young “Robbie” use his local knowledge to dominate the modified classes by setting TQ and taking the mains in all but the 4WD buggy class where he ran in to some unusual bad luck with TLR’s Dustin Evans capitalizing and spoiling his nearly perfect record. Fortunately, we got a chance to sit down with young Robbie and find out what it takes to be a world class driver coming out of such an unusual and isolated scene. Read on. 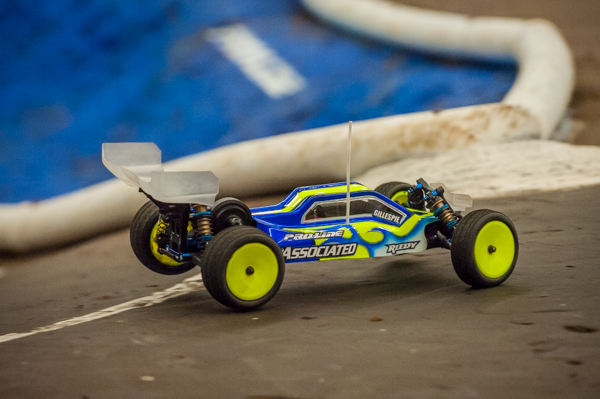 Holding his own at the recent Reedy Race of Champions in the Invite Class.

RC Car Action: A lot of people don’t realize that Utah has a hotbed of racing. What do you think makes Utah unique?

Rob Gillespie Jr.: That’s a hard one. I would say since the track (IR/CR Raceway) size isn’t the biggest or the smallest, it’s kind of the in between size, so your not out to lunch on small or big tracks. Also, the grip level we have on a typical club night. We have some serious traction even for our regular Wednesday night club racing with nine or ten heats. We have a lot of grip and the way tracks are going these days, everything seems to be high-bite, so I think it makes it really good to have a track with a lot of traction to be able to progress with those kinds of skills because high and low bite driving are completely different.

RCCA: This place has a lot of history and seems to breed a lot of talent, but a lot of racers from here don’t leave and kind of just stay. Why do you think that is? You seem to be one of the only guys who travels to the bigger races in spite of such a core group of talented drivers.

Gillespie: We are in the middle of everything, but far enough away. We are close to Arizona, we’re close to California, but we’re not in California or Arizona, so that may have something to do with it, since I think a lot of talent seems to come from those states. From what I’ve seen, those two states seem to be the breeding grounds. I don’t think Utah is that much further behind those guys. We have a lot of talent here, but a lot of the guys just don’t travel as much as they could . That probably doesn’t have to do that much with RC, it’s just life.

RCCA: A few years ago you started doing really well at the Reedy Race, when did you realize you had made the turn and could run with he bigger boys?

Gillespie: 2012 is probably the year when I started to feel like I had the speed, and in 2013 is the year I started to have the consistency. It’s not always about having the fastest lap, sometimes you can be considerably off the fast lap and still be in the top ten, top three, whatever.

RCCA: Is that the time you realized that you wanted to do this and go “all in?”

Gillespie: I’ve been wanting to do this “all in” since 2007, the year that I started racing. We went to the Hot Rod Shootout, got to watch Masami Hirosaka, all the guys including Cavalieri, Tebo, Maifield, and got to see all the major players. It was the first time I had seen anything like that and after I saw that, I knew it was something I wanted to do.

RCCA: What’s it like to be a pro in Utah?

Gillespie: It’s actually a lot of fun because I’m away from the main scenes in RC. I can do my own thing and come up with my own set-ups and that seems to work for me when I go in my own direction. So I would say that it’s kind of a benefit- not having something else to say that it’s better. I can try stuff and see what I feel it does on the track in each given condition, whether it’s high-bite or medium.

RCCA: You stay a little more objective about it and not as influenced by others?

Gillespie: Yeah, I have my own opinion. RC is so opinionated and you can move your hubs forward and ask five guys and they’ll probably have five similar answers, but not identical. Everyone has their own idea of what stuff does. I’m big on doing what’s comfortable for you.

Gillespie: Probably in the last year, I come out about twice a week to race and come out on practice days about once a week. So I’m hitting the track at least three times a week, and I try and do four.

RCCA: Do you just run laps, or do you have a reason to try something or test something specific?

Gillespie: I do a lot of my testing during club racing when the traction is significantly higher. I’m always trying stuff to see what it does, but during the summer time it kind of slows down here a little bit. I’ll starting helping here with the announcing during the races and juggle my racing. It’s a lot of fun and it’s different and to keep it entertaining. So if you’re not racing with five heats of mod buggy, it’s still a good time to come out and see everyone else progressing and having a good time and seeing everyone having a good time with RC. Gil Losi Jr. put it best, “It’s like golf. You get your one shot that’s prefect, and that’s like your fastest lap. You can come to the track and do your five-minute runs, but you’ll have that fast lap- like golf with a perfect shot. You may have run a 17-second fast lap, but now you are going to want to come back the next club race and try and run a 16.8 or a lot more 17 flats.” For me that’s been a lot of fun- seeing a lot of the newer drivers come up through the ranks. We have some younger drivers here that are going to be really fast in the next couple of years.

RCCA: What are your favorite classes to run?

Gillespie: By far 2WD modified buggy, and then 4WD buggy is a close second.

Gillespie: Driving 2WD modified buggy is the hardest class. I’ve never really raced a lot of 1/8-scale or much on-road- I’ve done a little bit of everything and it seems that to be able to wheel a 2WD buggy around the track, you can probably wheel anything else halfway decent. So it seems that if you can master that, you don’t really need to master all the other classes. In my opinion, 2WD buggy is the F1 of RC. It’s the hardest class. 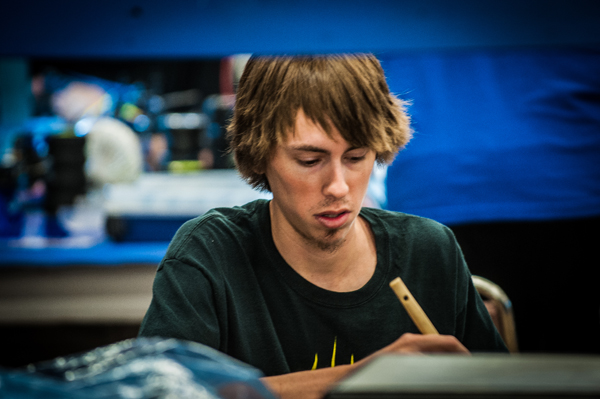 Wrenching and testing can be more productive when you aren’t subjected to trends and outside influences.