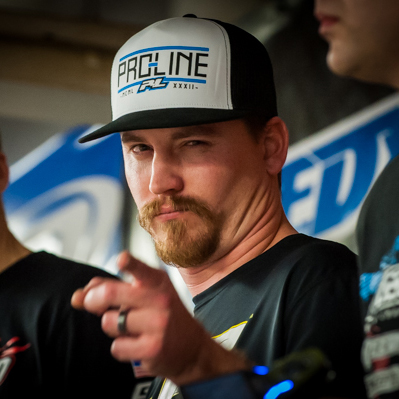 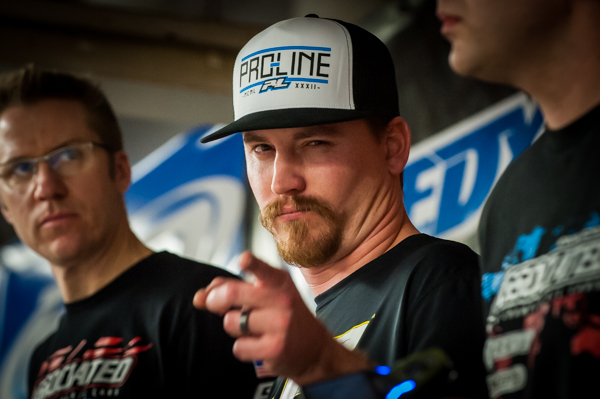 Jake Thayer has been working with Maifield for years and they have unspoken communication during critical times during a race.

Nitro racing can be a lot of fun, and one of the things that makes it such a thrill is running long races with pit stops. However, like F1 or NASCAR, pitting can be a daunting task with responsibilities that include tuning engines, fueling, tire changes, etc. Any one of these tasks can be critical and a mistake costly. We had a chance to sit down with Jake Thayer who is one of Ryan Maifield’s pit crew and find out what it’s like to pit at the elite level. Check it out. 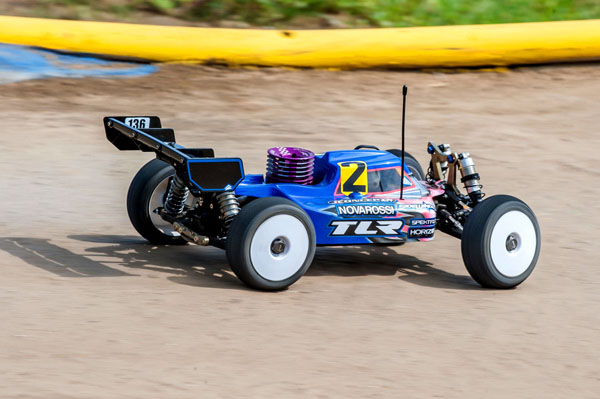 TLR’s Ryan Maifield is one of the best in the world and pitting for him can be a big responsibility.

RC Car Action: What are your general responsibilities when you pit for someone like Ryan Maifield?

Jake Thayer: Well before a run, you make sure you have the right tools. Personally, when I set up the pit, I set it up like I was going to pit for myself. So I have all of my tools including all the essential nitro tools like tuning screwdriver. I even have my own fuel bottle, glow igniter… During a run I’ll have a stopwatch on me. It depends on whether Ryan wants to do a fuel run during practice or if I want to get general knowledge about what he ran on the track so we can measure the fuel tank consumption, or we can go through tech inspection- that sort of thing. Back in the pits, I’ll clean the car, take tires off, I’ll inspect it and check for anything out of the ordinary and then hand the car over to him. He handles most of the work on the cars. I just do a lot of the hard legwork like cleaning- stuff like that.

RCCA: How long have you been pitting for him?

Thayer: I’ve been pitting for him since about 2006. My first race with him was the ROAR National Championship in nitro 1/8-scale buggy in North Carolina. I did almost everything for over four or five years, but now I’m here (OCRC Raceway) full time, so I don’t get to do it as much, but I do it as much as I can.

RCCA: Are there any specific or unusual tools you use that are specific to what you do?

Thayer: Not really. All the tools I use with him are just the tools I use at work at OCRC or the stuff I use when working on my own stuff. There’s a lot of really cool tools drivers use now, especially with the motors. I can take Ryan’s unique tools, like his bearing puller and I can change bearings in a motor in less than ten minutes. I think that’s the difference from now and like five years ago. The tools that the drivers carry and use now are a lot more sophisticated now and make jobs a lot easier.

RCCA: Okay, so let’s take for an example a qualifying run. You take your fuel gun, starter box, you basic tools, do you take an extra glow plugs, or other stuff?

Thayer: Yeah, I have extra wheels nuts, a full set of wrenches, extra tires, I’ll have glow plugs, body clips- I have anything I’ll need in case anything goes wrong, unless it’s severe like an electronics issue or something like that.

RCCA: You guys have been working together for years. Do you have an unspoken language that you have since he’s way up on the driver’s stand?

Thayer: Oh yeah. I know exactly what’s going on in his head and vice versa. It’s kind of a weird thing we’ve always had. At the track I can read his mind. I can look at the car going around the track and I can make a suggestion and he is thinking the same thing I was thinking. You get vibes from people and Ryan and I are really good at reading each other, so I don’t really need to ask what he wants me to do. In that sense we work really well together.

RCCA: For general communication, do you use hand signals or yell, or…?

Thayer: I’ll yell if I need to talk to him on the stand. I don’t really need to talk to him a lot. He doesn’t really like to talk that much. If he’s in a battle at the end of a race, I may fire him up by saying something. I’ll talk to him about mileage, and that’s a big thing, but unless I think he needs a pep talk, which for most of the time he doesn’t, I really don’t say a lot.

RCCA: So it is your responsibility to tell him to come in for fuel on the next lap?

Thayer: Of course. I’ll yell out his name. He’ll pass the start/finish line or pass in front of me and at about the half way of that lap I’ll call him in and then maybe a couple of corners before he’s suppose to come in I’ll call him in again. That’s kind of what I’ve done for years and years.

RCCA: Has there ever been a time where either one of you screwed up really bad and it cost you a race?

Thayer: (laughs) No, there was a time… this is funny and Richard (Saxton) may kill me for it, but at the 2008 Worlds in North Carolina and it was pouring rain and we were out on the track and we had to qualify. With IFMAR qualifying they aren’t going to call it off, it doesn’t matter if there’s lightning hitting the track, we are out there with two bodies on, we made pizza cutter tires, we have no wing on and we are out there just trying to make laps. It’s a ten minute qualifier and for some odd reason Richard who is on the pits with me doesn’t call him in, and he was keeping him out another lap. I was saying, “what are you talking about?” And he ran out like 30 seconds half way around the next lap. Ryan comes down from the driver’s stand and was “don’t you Fu%*% touch that car” to Richard. Richard was just saying, “ah, I thought you were going to make it and … blah, blah, blah.” Even though it was just five minutes, he just needed to pit and Ryan was just fired up and pissed. That’s really the only time. I mean I know when he’s pissed when he comes off the stand and I know he doesn’t really like to talk about it. I’m kind of the same way when I’m fired up. Just give me some space and ten minutes later we will talk about it and hash it out.

RCCA: What’s the common mistake you see from others?

Thayer: Just being very, very nervous and uneasy. They don’t trust themselves to do the right thing. I’m very relaxed, especially on the starting grid or in the pit. It’s important to be relaxed and stay in the moment, especially when he’s coming in for fuel, you have to be relaxed, do it nice and easy, for one, to make sure you get the tank full, two, so you don’t miss the tank. Stuff like that. I’ve been doing it for a long time and even though I take a big break, I’ll get to the track and be all fired up and I tell myself to relax. You don’t forget how to do it, you just need to get back in the rhythm.

RCCA: Do you treat a qualifier different than like a long hour main?

Thayer: Typically in qualifying we don’t do a “hot pit.” I guess it depends on the race. If there’s ten minute qualifiers, we’ll do the same hot pit as we do in the main. But, most of the time, we just make sure to get the tank full, start the stopwatch and let him run. He likes to just get himself in a rhythm and we let him do the driving and I just sit and watch the car and I’ll give him feedback after. In that sense, that’s the only difference between qualifying and the mains. I may talk a little more in the main event and give him feedback on fuel mileage, stuff like that.

RCCA: At big events, you obviously use two guys to catch, release, fill, but do you guys practice, or have you done it enough where it isn’t needed?

Thayer: We’ve done it enough. The biggest thing is at big events, is that guys have new bodies. So you want to make sure you get the fuel gun will fit in the hole, especially in truggy where the top hole needs to be big enough so that it doesn’t go in crooked and goes in all the way. Other than that, that’s pretty much it.