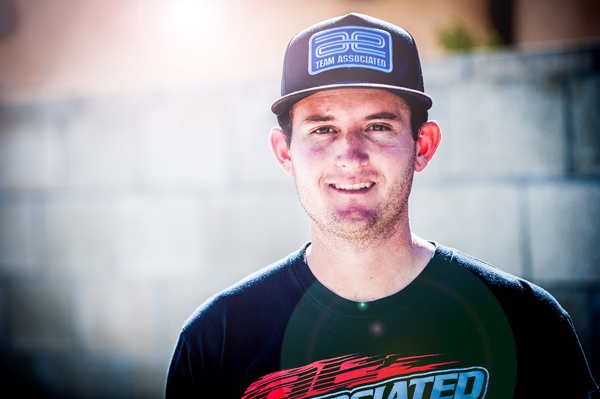 Ryan Cavalieri is synonymous with RC racing and while others have come and gone, he has continued to push the boundaries and reset the standards on the track. At times he’s quiet, at other times controversial, but he’s almost always near the front and with his signature smooth style with unshakable composure, has redefined what it is to be a professional driver. We got a chance to sit down with “Pudge” recently and talk to him about the state of racing and how it has evolved throughout his years. Read on. 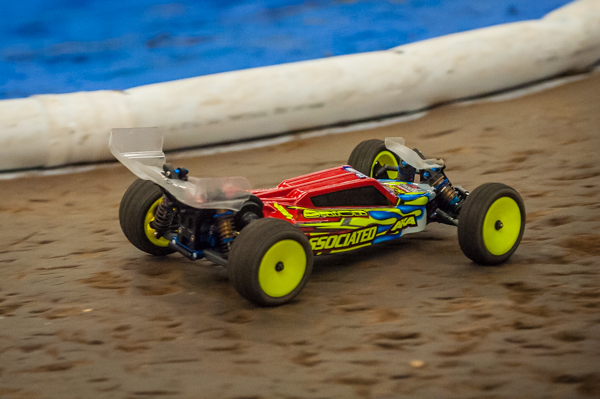 RC Car Action: What do you think has been the biggest change from when you turned pro, and how things are now?

Ryan Cavalieri: The biggest thing now is the way equipment has changed so dramatically. Power-wise the cars are a lot faster and we are putting them though faster paces, so set-ups are so crucial, where before it wasn’t as crucial. So a lot of it is having the knowledge to know what you like as a driver and how that produces wins and what makes you feel more comfortable.

RCCA: Do you think there was a lot of adapting on your part when it went to mid-motor?

RCCA: It seems maybe that a lot of this may have to do with the fact that overall, the tracks just have more traction and what you guys are expected to drive on in competitions you go to, but are you happy with the direction things are going in, or would you like to see it go back to more loamy type surfaces?

RC: For a while it seemed that everyone wanted to start sugaring their tracks, but now they seem to be backing out of that. We are racing on higher-bite tracks in general around the world. When we went to the Worlds and drove on Astro-turf, that’s much different than what we typically race on. I wouldn’t mind racing on loamier tracks, but I would still run with a mid-motor car. Last year when I raced, I used my B5 (rear-motor) for the first time in a while, and it was awesome and fun with a big pin tire in the rear and doing roosts, but at the same time, all I brought was my rear-motor car and I thought I probably could drive mid-motor no problem. I still think if we went back to old-school racing, you’d pick a mid-motor.

RCCA: So how do you feel about the growing Astro-turf scene? It seems like it’s getting a real big push. Do you think that just has a certain place for a certain time?

RC: Yeah, I think it’s a certain place. For places like Europe, it’s more suitable for them, especially with the weather they have and they don’t have the access to buildings like we have that you can put a big indoor track in. It just is something they have had to adapt to. I’m happy with the EOS (European Off-Road Series) Series where the carpet/ Astro-turf is a bit different, but I don’t see it growing too much with that. Overall I think it will keep growing.

RCCA: How do you feel about it personally? Do you like driving on it?

RC: It’s not terrible being a driver and running on it. It’s a little more challenging for a company to have a car that is suited for both carpet and dirt… It’s good and will probably make the hobby continue to grow, but for us it is something where we need to have somewhere to test so we can improve as well and that’s around the corner for us in Sothern California. With 702 Raceway (Las Vegas) opening and I got to race an event in Portland that is a smaller facility, but they went to carpet, so I could see in certain areas it will continue to grow. I personally don’t mind driving on it. Obviously if you have the proper car for the conditions, it’s awesome to drive on. Soon the companies will have a car for all the different surfaces.

RCCA: Lately you’ve been doing a lot of electric, but you’re switching to nitro for the season that’s coming up. Do you have a preference between the two?

RC: I like driving both. Right now with us having the new RC8B3, it’s been so awesome to drive, so I really enjoy running nitro. It’s definitely a different animal. You have a lot more things to worry about, but it definitely makes your driving better. It’s fun when everything comes together.

RCCA: What are your plans moving forward? What events are you planning to do?

RC: We did the DNC (Dirt Nitro Challenge), then we came back and had a bit of a break, then we are doing the Cactus Classic, and back to nitro for the Silver State, and then I follow that up with NEO Buggy. We have a few other ones along the way, but we are looking forward to having the Worlds at the end of the year for nitro. Going to try and have a push and have everything straightened up and hopefully have a good year.

RCCA: Are you doing anything different to prepare for the 1/8-scale Nitro Worlds?

RC: Well now that we have a new car and we are just getting back in to the nitro scene after a few months off during the winter, we are putting in a lot of effort and ran for the last few weeks in a row. We have a new engineer at Team Associated for the nitro side, so I think we are going in the right direction and will be real good around mid-summer before the Worlds.

RCCA: You haven’t been able to get a win at the Worlds for nitro yet, is that a huge priority for you? I know you’ve been runner-up at the last one.

RC: I wouldn’t say it’s a huge priority. I already have four of them in electric, so I know what it feels like to win one of them. It’s just putting it together. Before we didn’t have a car that was suitable for every surface. Our prototype at the last Worlds was awesome. To get a second was really good for us as a team. I wish we could have been a little more on pace, but our plan was to finish the race and overall we ended up second, so for the next Worlds we are going to have a little more push and have a little quicker of a car and we should be right there.

RCCA: If you could give advice to some of these up and coming fast kids that are thinking of turning pro, what would it be?

RC: Put in your time. When you go to the track, make it fun. Learn from others that are there. If you have any questions, ask any pro. We are always able to answer any questions and get people going in the right direction. Overall, just have a good time doing it.