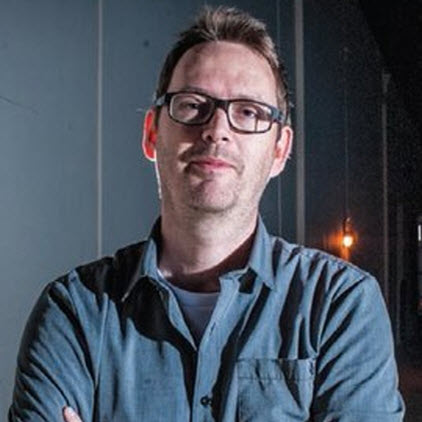 You may not know James by his face, but as an RC Car Action reader, you’ve definitely seen his work. James built two of our recent “Mad Max” cars, the amazing Beach Buggy featured in our April 2014 issue, and earned our 2015 Reader’s Ride of the Year trophy. We asked James about his favorite cars, 3D printing’s place in RC, and more. 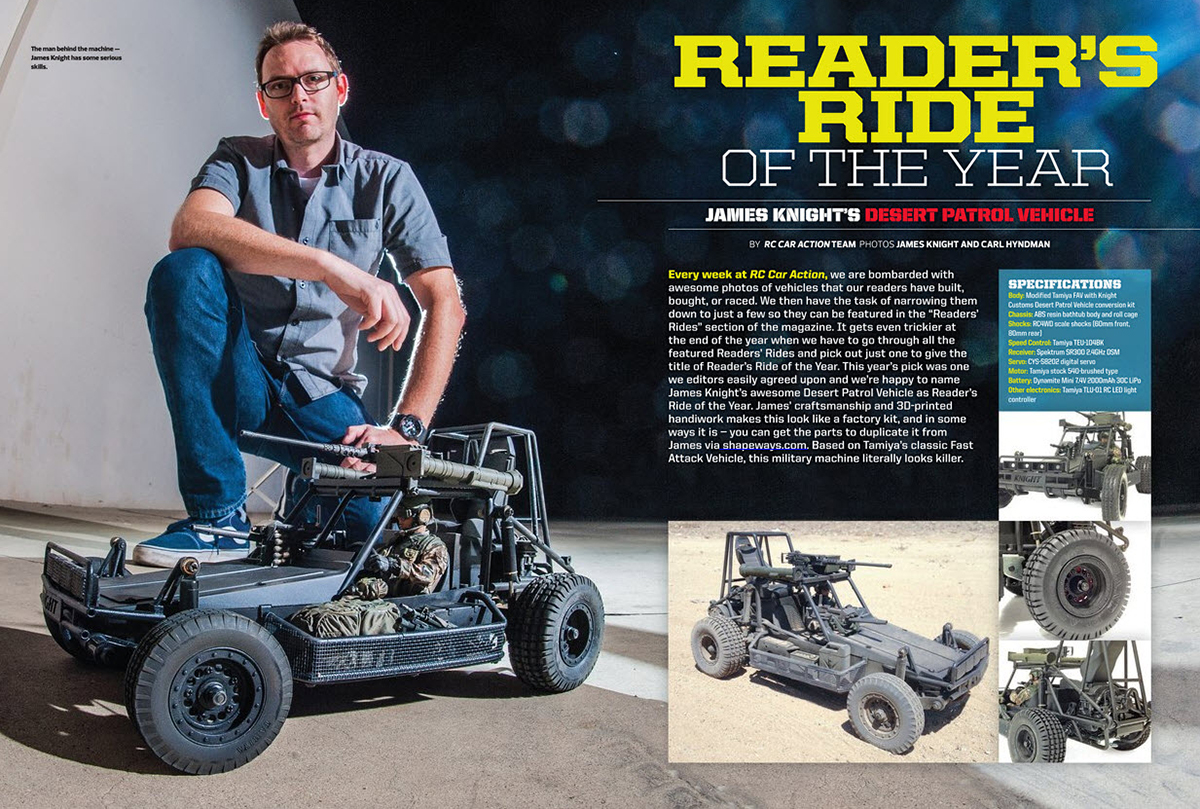 How did you get started in RC?

I discovered Tamiya’s amazing catalogs and videos at my local hobby store when I was about nine years old. I think I bugged my parents for about two years before I finally got a Tamiya Grasshopper for Christmas.

What are your favorite kits to modify and detail?

That’s a tough one. I’d have to say the Tamiya Sand Scorcher and the Axial SCX10 Jeep Rubicon. Both already come with a lot of great detail and there are so many cool real-world variations to be inspired by or build replicas of. As soon as I have built one, I have new ideas for another. 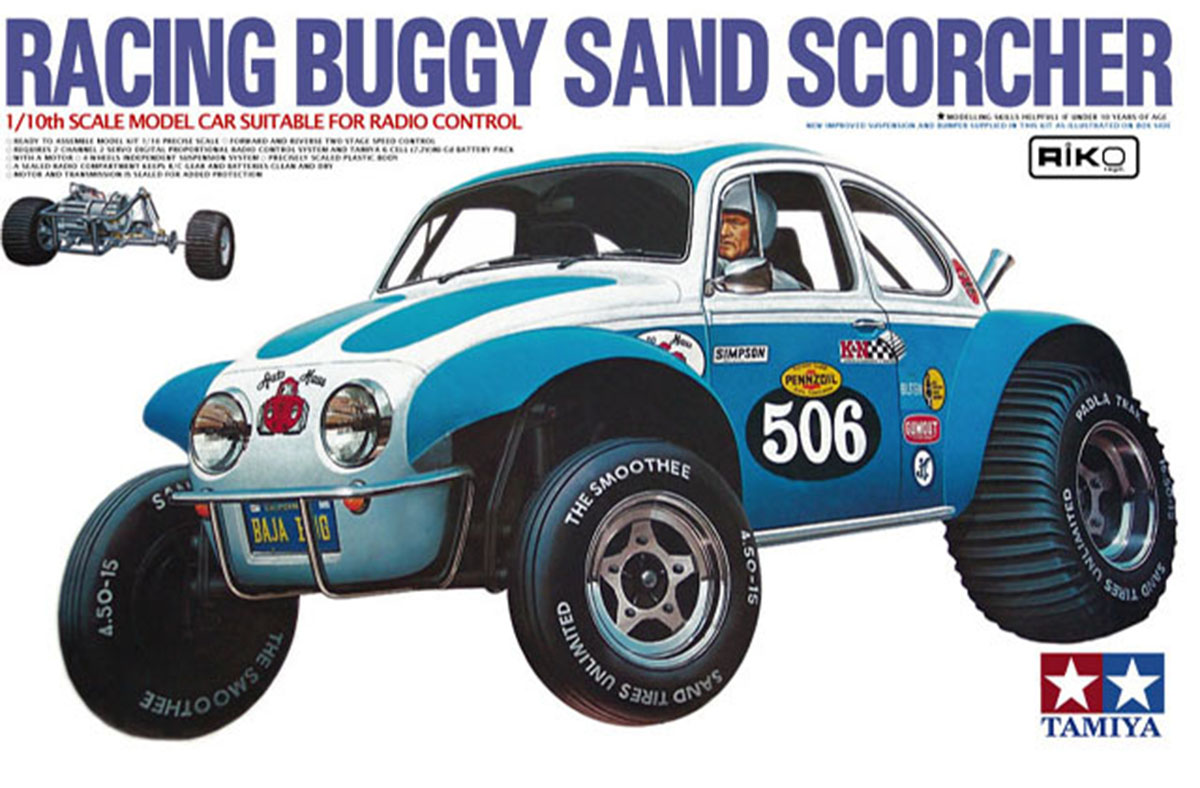 I don’t have a printer of my own. People are often surprised by that when they find out. I am very happy with Shapeways because it gives me access to a number of different industrial grade printers, allowing me to print high detail resin, tough nylon and even metal.

What programs do you use to design your printed parts?

There are now so many great programs out there. I am a big fan of Rhino (rhino3d.com) for my automotive-based designs. It allows you to create very geometric shapes for engines and parts, as well as the smooth flowing forms that you need for car bodywork.

Do you think hobbyists designing and printing parts at home will become a more common part of the hobby?

Yes, I think many people involved in hobbies do it because they enjoy being creative. More companies are releasing software that is easier to learn than ever before. Desktop printers are becoming cheaper, higher quality and easier to use every year. I also think the ability to purchase parts from others, print them yourself and then re-print if you need to replace a broken part, will become much more commonplace.

What are your favorite sources for driver figures and detail parts?

My go-to companies for action figures are McFarlane and Neca. They both have a great assortment of 7-inch figures that are 1/10 scale. RC4WD is a sponsor of mine now but I was a long-time customer before I made their team. No one makes more super-cool scale parts with working features.

We’ve featured a number of your builds in RC Car Action—what’s your favorite so far?

It has been so cool to see my work in the magazine. Picking a favorite is really tough, but I would have to say the Beach Buggy. It was my first full 3D-printed project and was a car that I had dreamed of creating for over 25 yrs. 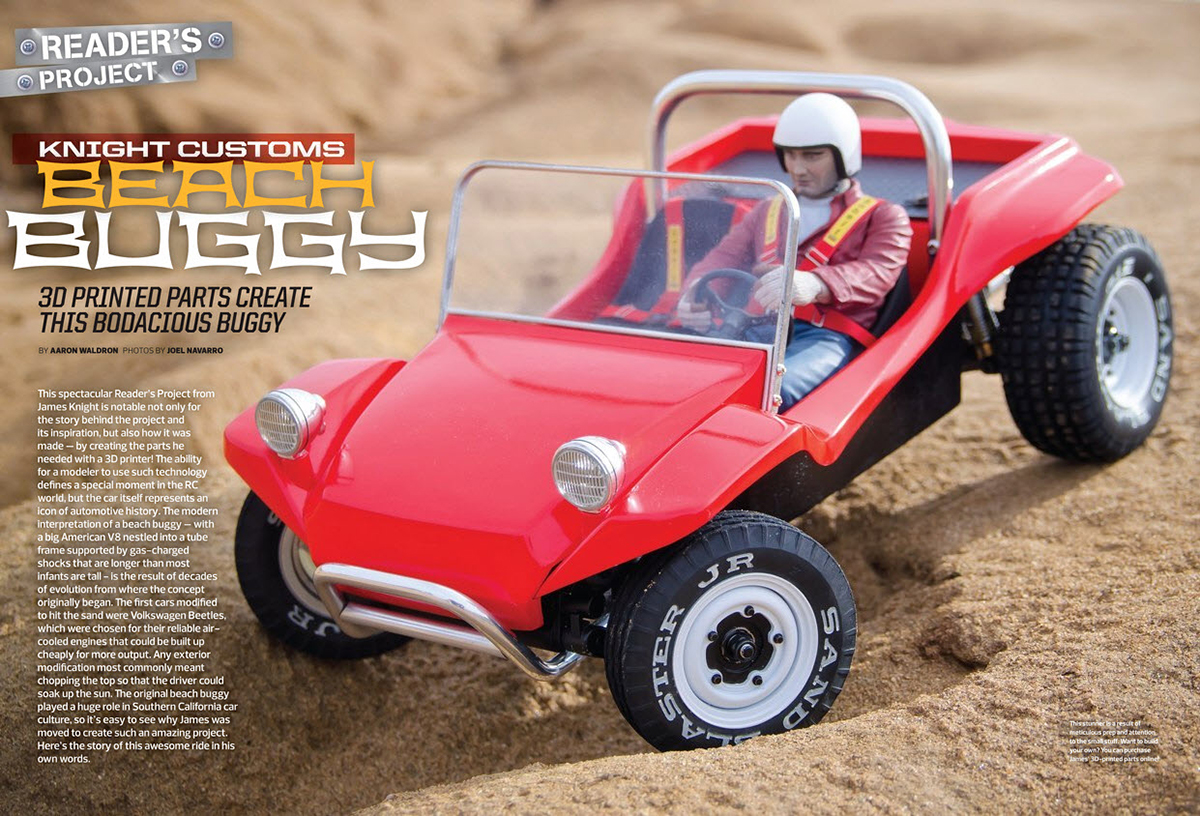 Money’s no object—what are your dream builds?

Wow, that’s a long list, there are so many great cars that haven’t been made RC yet. Money no object, it would be the Big Oly Bronco, the grandfather of all Trophy Trucks. Full replica 2WD IFS chassis / roll cage, moving driver, RC4WD v8 engine & scale transmission. That would be amazing to build.