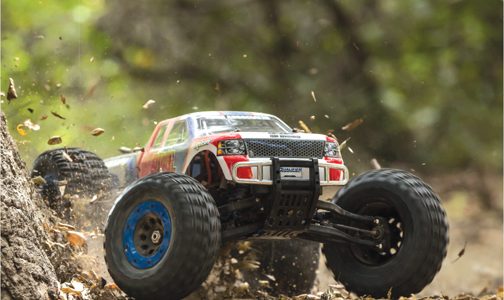 Out with the old, in with the new

Upgrading to a brushless motor system is one of the best upgrades you can make to your electric vehicle. Brushless motors require significantly less maintenance, and due to increased efficiency, brushless motors outperform brushed motors in almost every regard. If you're already running brushless, you might be considering an upgrade to a new speed control and motor combo that can handle extra voltage, or has more competition tuning features. No matter why you're looking to install a new brushless system, the job is an easy one. Here's how…

1 UNPLUG THE SPEED CONTROL FROM THE RECEIVER

Pull on the plug, not the wires.

Depending on your model, you may need to open up a receiver box to get to the receiver. When unplugging the speed control, grasp the plug itself instead of pulling on the wire to avoid pulling the wires out of the plug casing. The speed control is plugged into the Channel 2 slot.

2 DISCONNECT MOTOR FROM THE SPEED CONTROL

If a connector is extra tight, hold both sides of the connector so you don't strain the wires where they attach to the motor.

Most RTRs use bullet connectors between the motor and speed control, which can simply be unplugged. If the speed control wires are soldered to the motor, you can remove them with a soldering iron, or simply cut them with wire cutters.

The pinion is usually too large to pass through the motor plate hole, so you'll have to remove it. Put the gear-cover screws back into the cover so you don't misplace them.

In order to remove the motor itself, you will likely need to first remove a gear cover. Use a driver and unscrew all of the fasteners that hold the gear cover to the motor plate. Once removed, reinstall the screws in the cover's holes so you don't lose them. When removing the pinion, be sure to use the proper size hex wrench and make certain it fits the fastener tight to avoid stripping the setscrew. 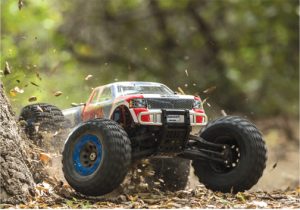 After removal, thread the motor screws back into the motor for safe keeping.

Now that the gear cover and pinion are removed, it is time to remove the motor itself. Just unscrew the two screws holding the motor and it will come right out. You'll need the screws and washers to install the new motor, so place them in a parts tray or simply thread them back into the motor for safe keeping.

Twist the speed control to loosen the tape, then lift it off.

Don't tighten the screws completely yet.

Place the motor flush onto the motor plate and rotate the motor until the motor screws are aligned with the screw holes on the motor plate. Always position the motor in a way that the soldering tabs are accessible and in a position where the speed control wires won't be pulled excessively when they are attached. Once you find a good spot, fasten the screws, but not all the way, as you will make final motor position adjustments later.

Slide the pinion in place until it lines up with the spur gear.

Slide the pinion gear onto the shaft and align the setscrew with the shaft's flat side. Line up the pinion with the spur gear as in the photo to make certain the gears mesh fully. Once you've got the pinion lined up, tighten the setscrew. Again, make sure you're using the correct size driver and the fit between the tool and the setscrew is secure to avoid stripping.

If you're upgrading from a brushed motor, you will likely need to install a new pinion to get the most from your new power system. While brushless motors really excel in the mid- to high-rpm range, the trade-off is a little less initial grunt on the low end. To compensate for the powerband difference, you will probably need to drop to a slightly smaller pinion gear. Consult the instruction manual that comes with your motor, as many provide you with suggested gearing choices.

It is important to set the gear mesh properly. If the gears are too tight, unwanted drag will be placed on the motor and drivetrain, and if the mesh is too loose, your gears will wear prematurely. To set a proper gear mesh, use “the paper trick.” Slip a strip of regular paper between the spur gear and pinion, push the motor forward to seat the pinion into the spur, then tighten the motor screws. Remove the paper, and the gear mesh should be set just right with just a “tick” of play between the gears.

Oops, that's not good: the sensor harness is rubbing the driveshaft and interfering with the camber link. Keep all wires clear of moving parts.

If your motor and speed control are attached by bullet connectors, just plug them together as described in the manual — the wires are usually color coded. If you're installing a “hard-wired” system without plugs, you'll need to solder the wires into place. — at's a how-to in itself — see “How To Solder Like a Pro” in our August 2013 issue. When routing the power wires (and sensor harness, if you have a sensored power system), make sure the wires do not interfere with suspension action or contact exposed gears. Also be sure to leave a little slack in the wires to accommodate chassis flex. Use zip-ties to bundle excess wire.

The job is almost done…

12 PLUG THE SPEED CONTROL INTO THE RECEIVER

With the battery disconnected and the power off, plug the speed control into the receiver's Channel 2 slot. Make sure the plug is facing the right direction, as it's designed to fit only one way. Fully depress the plug until it bottoms out into the receiver. And like all wiring, make sure that the receiver plug wire is out of the way of any moving parts.

Depending on your speed control, the calibration process typically involves a series of button presses and trigger inputs.

Now that everything is properly installed, charge up a battery pack, and refer to the instruction manual to program the speed control. The actual steps vary from brand to brand, but it's a simple matter of pressing a button and pulling the throttle trigger when you see a certain sequence or color of LED blinks. This setup process calibrates the radio with the speed control to set the neutral, full throttle, and brake/reverse positions.

That's a Wrap Your new brushless power system is ready for action. Read your manual fully for any specific installation steps our general how-to may not have included, and have a look at the tuning adjustments your speed control offers. Many allow you to set maximum braking force, throttle “punch,” and other parameters for more performance and fun.