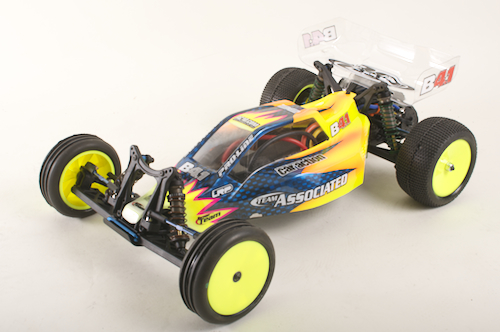 It didn’t take long for 2wd offroad electric buggies to go from zero to hero once again.  Over the past year or two, 2wd buggies have enjoyed a resurgence in popularity matched only by that of 1980’s comic book heroes.  So what’s the deal?

My guess is that the economy took a huge bite out of the average RCer’s budget.  Not 5 years ago, nitro 1/8-scale buggies and truggies ruled the roost.  Big power, big speed, big price tag…and no one seemed to mind.  $90 sets of tires?  No problem.  $350 nitro engines?  Sure, if it runs well.  Then the economy took a nose dive.  Guess what saved the day in RC land?  The Traxxas Slash and 1/10-scale short course.  Cheap, affordable fun.  How is that not a recipe for success when most of us have less expendable income to drop on our really expensive toys?

Once short course took off, it was only a matter of time before other 1/10-scale electric classes benefited from SC’s popularity.  Think about it; SC racers and bashers invested in lots of LiPo batteries, new chargers, power supplies and soldering irons to maintain their SC trucks.  Why toss all of that aside and run nitro?  For those of you who wanted a faster, more challenging class in electric racing, 2wd buggies were the natural next step.

So here we are, enjoying vehicles from the original gangstas of the early 90’s.  Team Losi Racing fired the first shot two years ago with its 22 buggy.  Team Associated responded with the B4.1 Worlds Car.  Newcomer Durango stepped in, and old-school Kyosho raised its game with its RB5 platform.  Know what all of this means?  It means that the rest of us…the enthusiasts, the guys who simply can’t get enough RC to satisfy our cravings…have lots of badass cars from which to choose.  And that means rivalries between brands and between fanboys.  There’s no better way to grow a class than to have multiple quality options for sale and lots of brand-loyal fanboys eager to defend their cars.  5-years ago, would anyone have entered into verbal fisticuffs over a 2wd buggy?  No way.  Now, I hear such things at the track.

I’ve always believed that 2wd buggy is the most honest and pure class in RC racing because it’s arguably the class that made RC what it is today.  Want to learn how to drive virtually ANY RC vehicle properly?  Race a 2wd buggy for a season.  You’ll learn throttle control, cornering, apexing, jumping and racing lines or you will be chewed up and spit out like a stick of gum.  The best names in RC earned their reputations in 2wd buggy racing, the most notable being the master himself, Masami Hirosaka.

All of this is a long way of saying that I’m enjoying 2wd buggy again, after a rather extended break from the class.  And by “extended break,” I mean over 15-years.  Yikes.  My last memories of racing 2wd buggy involve NiMh balancing trays, sub 5-minute run times, cutting comms, replacing brushes, and being absolutely miserable with all of the maintenance required to make my car work properly. I also remember cussing a lot, and spending quite a bit of money.

Thank you brushless.  Thank you LiPo.  And thank you, RC manufacturers, for investing your resources into the purest class of RC racing on the planet.  You’ve made a bitter RC guy a believer in 2wd buggies again.