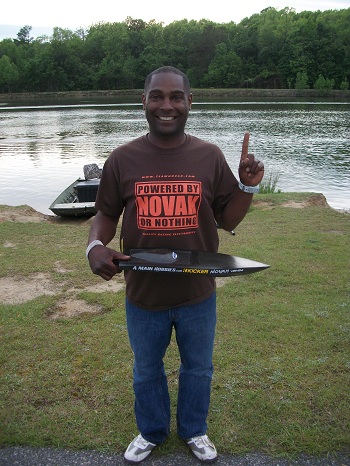 Using his Venom 3800 60c 2s batteries and Novak Havok Pro-SC ESC, Bill propelled his world class hydroplane to a whopping speed of 63mph on a 13.5 motor! The previous record was 49mph. Then with the same boat and electronics, Bill dropped a 17.5 in and cracked the 54mph mark!

Next the star boat driver dropped a set of 4500 50c 2s2p ROAR legal saddle packs and Havoc oval spec motor into his micro catamaran and thrusted it through the traps at 40mph with his 13.5 motor. Then he turned around with the same boat and electronics and did it again with a 17.5 getting the stock score up to 37mph!

Bill had this to say about his record breaking performances, “Novak’s X-Drive is the greatest thing to hit the rc market since the introduction of brushless motors. My stock motors no longer feel “stock”, the increase in torque, rpm, and cooler temps allowed me to shatter my own record by 14mph having changed nothing more than the motor and speedo!! And with these batteries, I just keep winning and winning!! If you want record breaking speed, chose Venom batteries, the proof is in the pudding.” 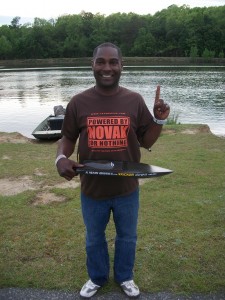 If you like this article, check out this additional article on IMPBA.