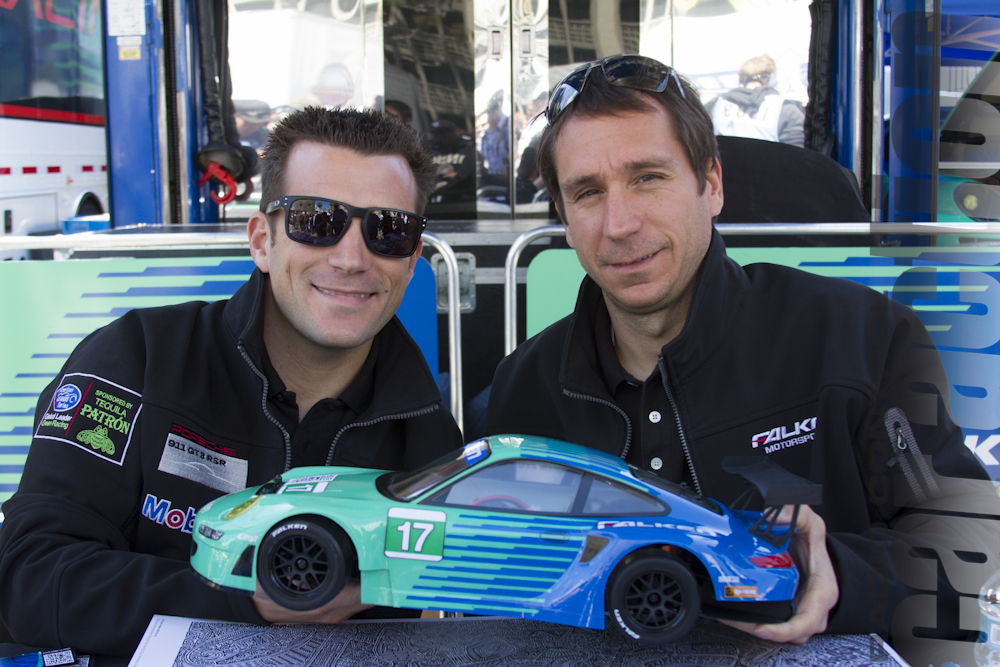 Until recently, there have been little rumors about HPI getting involved with American LeMans Series and the Falken Tires Porsche GT3 RSR race team. Well, those rumors are true and HPI has gone the extra step by making a RC replica of the actual 2012 Porsche GT3 RSR race car. The kit will feature a replica body with functional wing as well as scale wheels/tires that are taller and wider then anything they currently produce in order to keep the proportions true to scale. I tagged along with the HPI crew during the Long Beach Grand Prix held this past weekend in order to get the low down on their new project.

A chat with Falken driver Bryan Sellers about his involvement in RC and HPI racing. 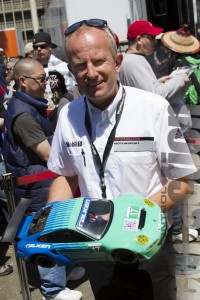 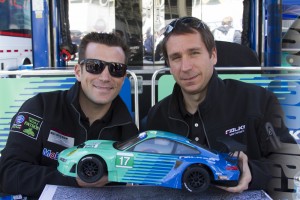 A Lap around the Long Beach Grand Prix Circuit.