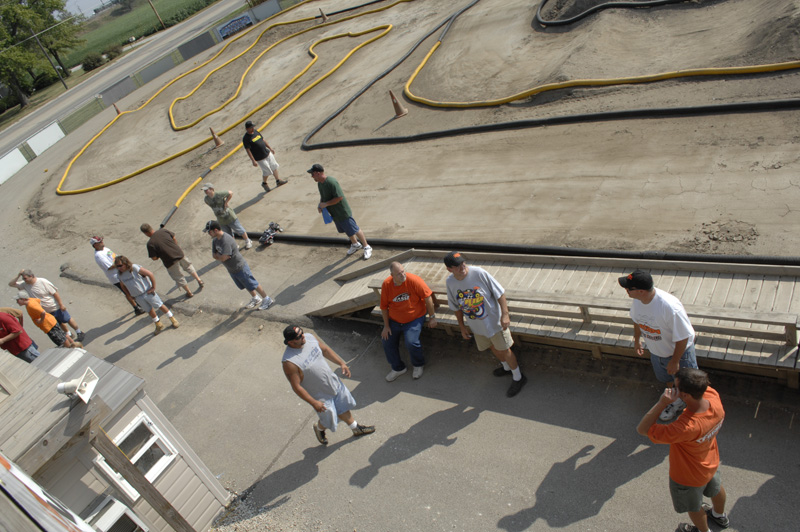 This blog post is not meant to put the blame on anyone or accuse anyone. I am merely trying to raise “awareness” to what everyone already knows but may be too frustrated to say anything….

For years and years I have listened to racers and ROAR blaming the yearly problems with racing and our industry on motors and batteries. These were the two evil commodities which according to some “ruined racing and help to diminish the numbers in our industry”
Is the golden goose dead :-). I don’t believe he is, but I do think one or two of his legs may be broken and we need to act fast in my opinion to save the hobby we all love!

For this particular blog I am going to talk about spec racing and the issue of current speed controllers.

Timing speed controls have changed everything. For a while it was the “speed control of the month,” and we lost many racers over this. Honestly once the speed control manufacturers figured out how to advance timing on a motor through the speed control’s software, the motors really had no meaning! A shame especially since this really only affected “the spec” racers (limited turns on motors) which is where our average and beginner racers come from!

The first time I witnessed this was last year’s Snowbird event. Someone imported a speed controller that could advance the timing 10-15 degrees on a spec motor (this makes a huge difference). Immediately everyone else copied that speed control and applied it to their own speed controls.

After six months this seemed to level out since most people once again had the same thing (now that they were all forced to buy need speed controllers). I guess this is one of the other “brushless advantages” we did not foresee :-). Now most companies just change their software and load it into existing speed controls.

This “black, orange or red-box” technology is allowed to basically run wild. There are no approval fees or tech inspections through an approval lab (like there are for motors and batteries) since ROAR or the other organizations do not understand enough about how to tech them! I guess when the speed control companies were “explaining the benefits for brushless motors to the organizations and the need to legalize them so quickly” this topic strangely did not come up!

The current ROAR solution is the “no timing blinking speed controls which show their mode with the light display” are allowed. I guess this was a good star; it was something.

1) One speed control company was already caught with cheater software at a race and no ROAR sanctions were applied to this company!

2. There are rumors that “hackers” have already turned the lights on/off in any mode on some speed controls, so there is no proof.

3. One racer was “supposedly caught uploading another profile with a handheld tuner after tech inspection.

Another Problem…How do we tech timing in a speed control?

The best idea being applied at present is that a “known” motor and “kV” meter are hooked up in tech inspection. The speed control is rigged to run the “known test motor”, and it must be in a specific range supplied by ROAR which hopefully the speed control manufacturer’s do not supply!

Light system was supposed to work if nobody cheats, but all racers and manufacturers will if given the chance to push the rules and use the system. We have all done this! ROAR has to be proactive here with a current approved list which is constantly “tested” and updated.

There will “never” will be a working honor system and we are naive to try to push for one of these. Why have rules if we cannot enforce them?

When things get too technical, people tend to stop doing them. If you were a hobby shop facing this economy, lost margins to mail-order companies, etc, and now you have to put on a race which you dedicate your entire weekend to, would you want to tech this mess even if you understood how? I think not!

An immediate platform to have NO LEGAL SPEED CONTROLS in the next 60 days!

Impose a “HIGH” approval fee for all speed controllers (forces companies to rethink constantly overloading the market with the same products) and LIMIT the time and amount of speed controllers that can be submitted. In an economy like this, racers should not be forced to buy two or three speed controls that could cost upwards of $500 in a season to be able to compete.

ROAR needs to have a technical lab that can test and constantly check speed controllers for the specs ROAR feels is necessary for racing to prosper. They have to hire someone who can monitor this technology that they felt was necessary to institute!

Give me your comments here or you can email me (eprovetti@gmail.com) if you think my statement is fair or not, or would just like to open up the dialog.

All the Best and Thanks for listening,