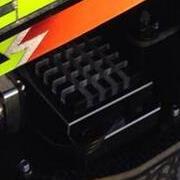 File this news item under “Things we knew would happen, just not this soon!” Just one month after Team Associated announced a split with Germany electronics manufacturer LRP, whom the A-Team had been importing for years, their electric motor division Reedy tweeted this “spy shot” peeking under the body of Team Associated design engineer Kody Numedahl’s Centro C4.2 conversion after he wrapped up the JBRL title for 2WD Modified Buggy at last weekend’s season finale. The photo, while artfully vague, shows off what we can assume is at least a prototype version Reedy’s newest speed control, just the second in the company’s history. 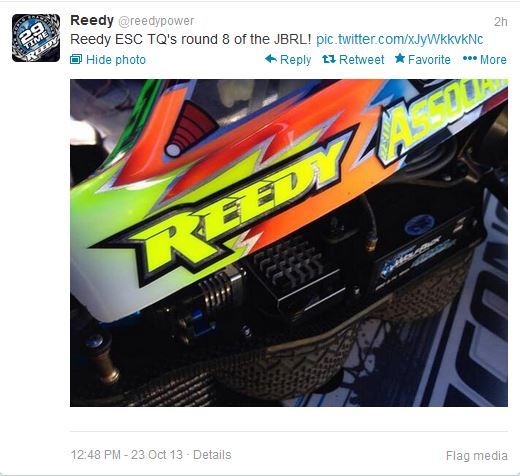 Of course the tweet didn’t offer any additional information, but a closer look shows off an interesting case and heatsink design that’s radically different from the XP line of electronics currently produced by Team Associated, as well as Reedy’s Micro Brushless ESC for 1/18-scale mini vehicles. It’s no surprise that it will be able to handle modified motors like the 8.5-turn unit Kody typically runs in 2WD buggy, but we’ll report any news on the new unit as soon as we know! 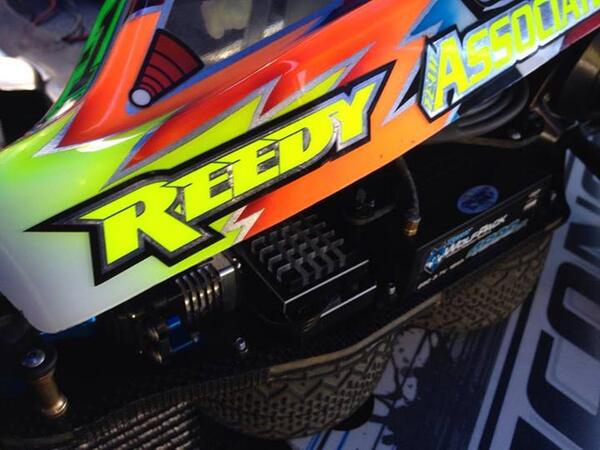 The original announcement that LRP and AE had split immediately kicked the rumor mill into overdrive. What would Team Associated’s team drivers use now? Continue to run LRP products? Something else? Would Reedy expand its product line outside of producing Worlds-winning motors? Now we know!