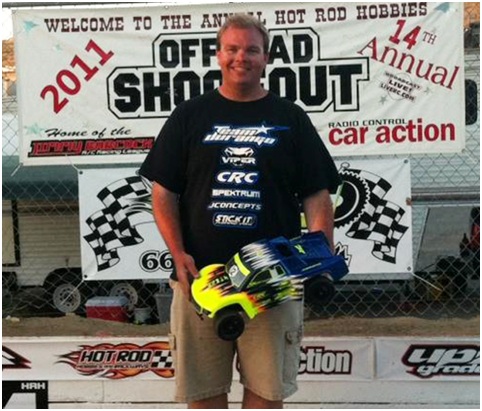 We first reported last month that Viper was coming out with a new 550 motor, and before it is even released to the public it has claimed its first major victory.  Read on for more info about the big win.

Last weekend would present some of the hottest racing of the summer on and off the track at the 2011 Hot Rod Shootout & Shortcourse Spectacular! With some of the nation’s best drivers making their way to sunny Saugus, California it was sure to be tough competition. The popular Pro4 (4wd short course) class was stacked with competition. In qualifying the class would see Frank Root TQ, but when it came down to the mains it would be the Viper RC powered Durango of Billy Fischer who would come out on top! With an A1 and A3 win, he secured the Hot Rod Hobbies Pro4 Championship using the new Viper VSTXL 5.5 550 motor and VTX10R ESC.