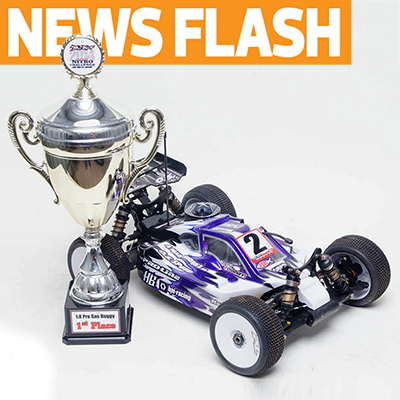 The landmark anniversary for nitro off-road RC’s biggest race ended in spectacular record-breaking fashion for one of the industry’s brightest young superstars. Roughly 24 hours after completing the first three-peat in DNC history with a wire-to-wire mastery of the Pro Truck main event from the TQ position, 21-year old Canadian Ty Tessmann became the first driver to sweep Pro Truck and Pro Buggy at The Dirt Nitro Challenge for a second time, having just done so in 2012. 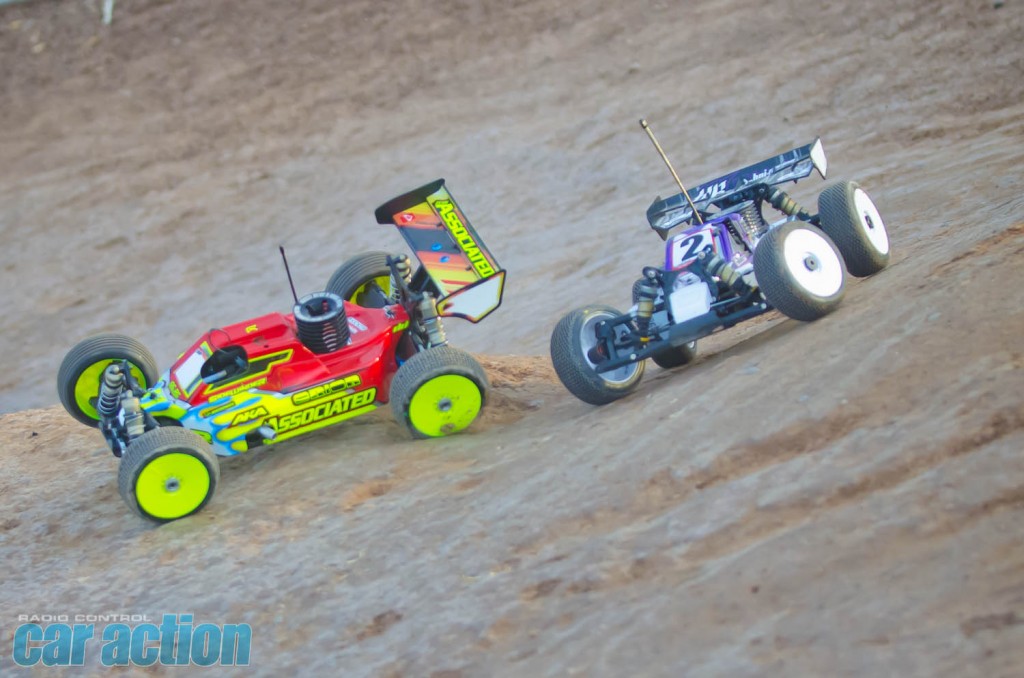 So nice, he did it twice. Ty Tessmann wrapped up the ’14 DNC sweep with a bit more drama than Saturday night’s Pro Truck final – after all, he didn’t lead laps 6-12 of the 60 laps completed. It was the first victory here for the Hot Bodies D812. 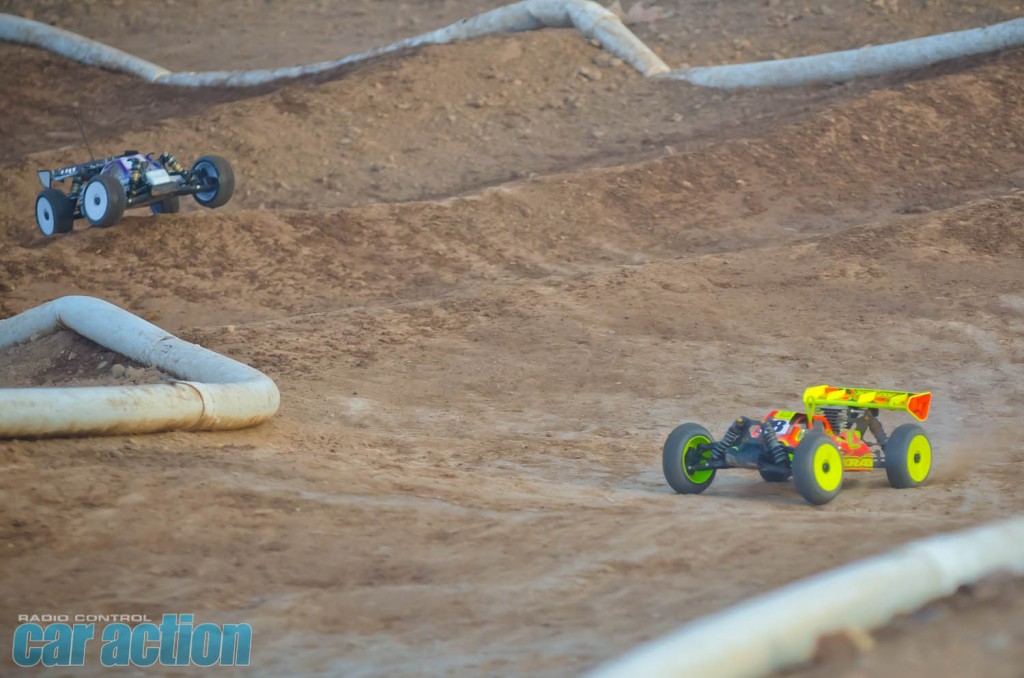 TQ Dakotah Phend again dug himself out of a hole created by a first lap crash, climbing back from ninth on lap two while looking like the fastest car on the track – only he and Ronnefalk turned laps in the sub-44 second rangeTessmann grabbed the lead early and led six laps before young Swede David Ronnefalk, the current European champion, caught him made an impressive pass for the lead, and checked out – it looked like the history that would be made on Sunday night would be that of the first European winner of the event. Instead, Ronnefalk flamed out six laps exiting the pits six laps later and handed the lead to Kyosho teammate Jared Tebo, who too flamed out one lap later. Tessmann retook the lead at that point and never looked back. The rest is, literally, Nitro Challenge history. 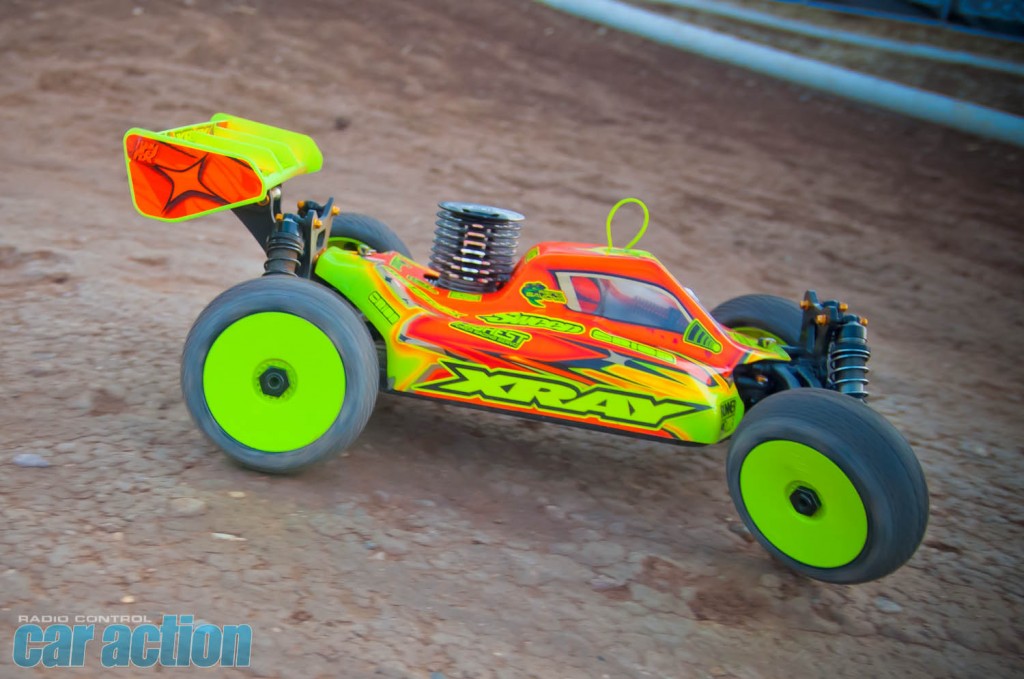 Frenchman Renaud Savoya was absolutely thrilled to record his best finish at The Dirt, and the success was well earned – after an incredible battle with David Ronnefalk that came down to the final lap. 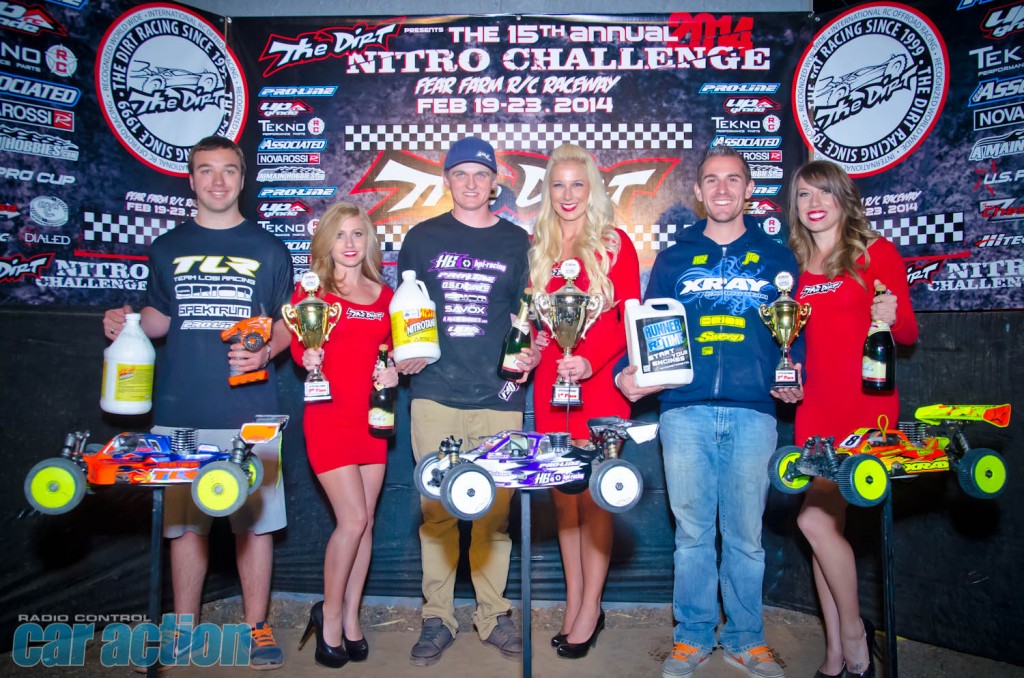 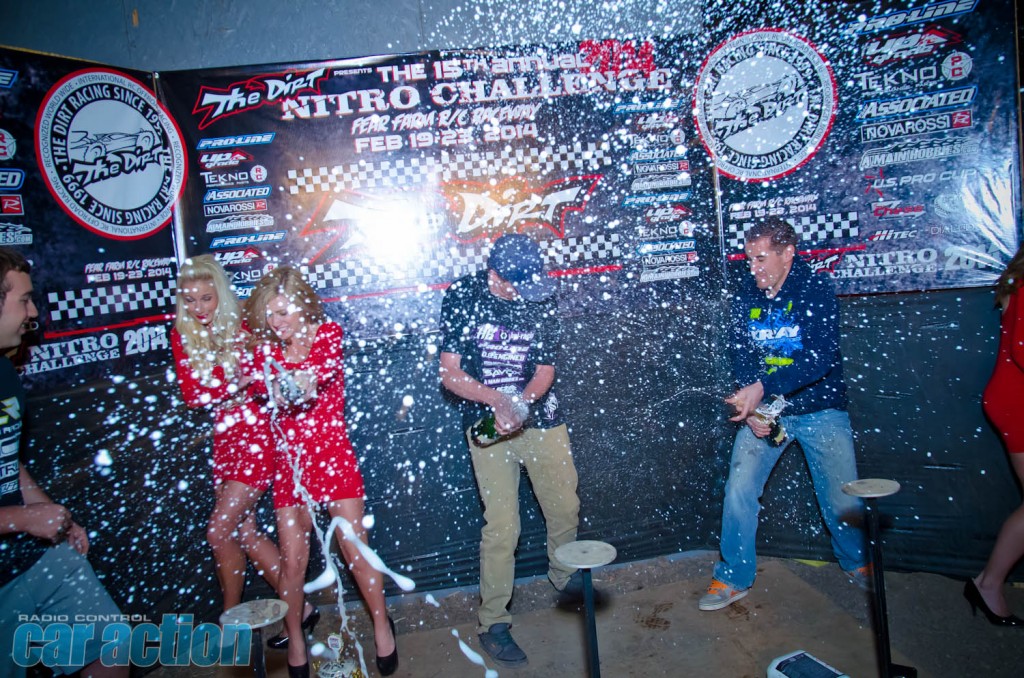 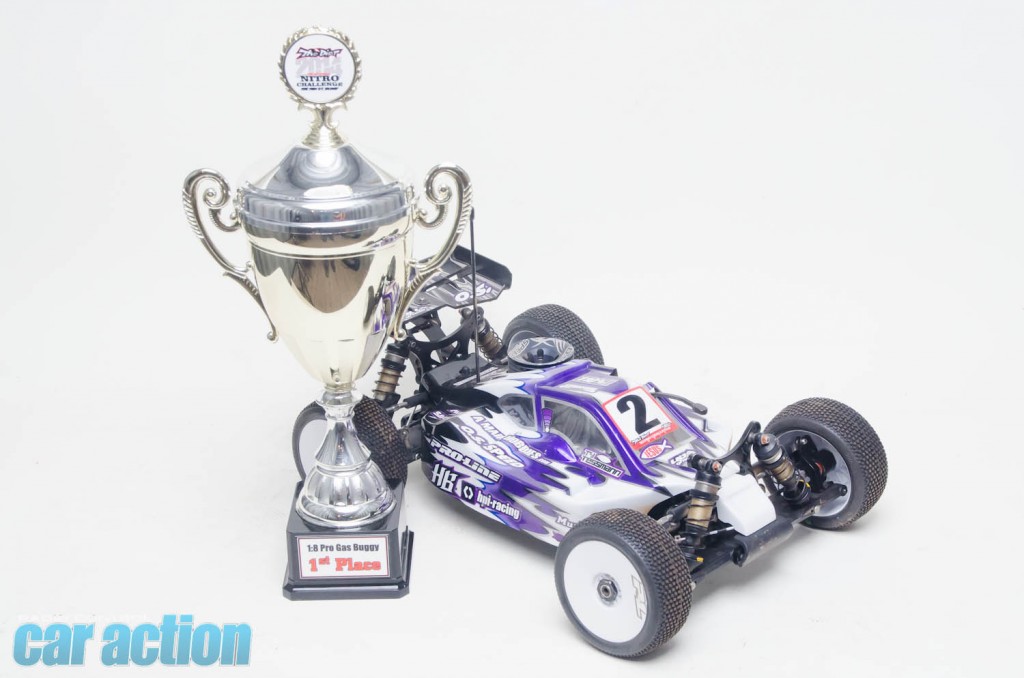 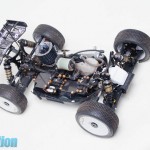 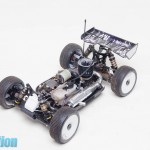 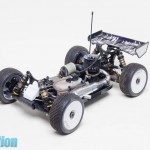 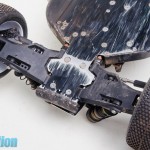 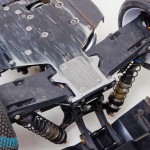 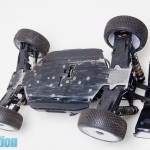 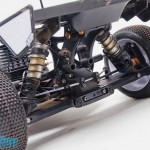 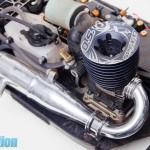 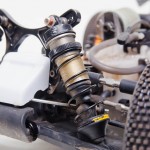 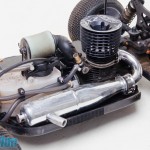 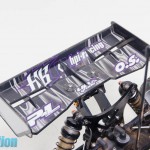 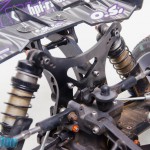 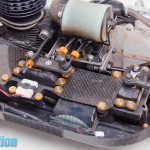 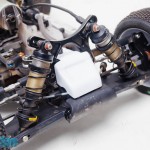 Check back later today for video interviews and an HD replay of the 45 minute A-Main in our weekly Fast Laps column!