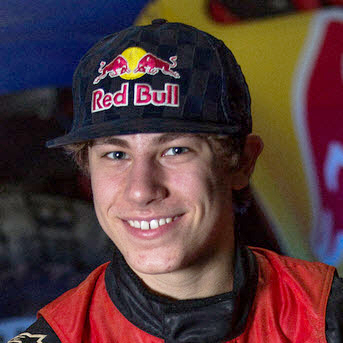 Horizon Hobby has officially announced of their partnership with red-hot racer Mitchell DeJong (pronounced “de-young”). With TLR, Losi, Vaterra, and ECX all under the Horizon umbrella, there’s no shortage of interesting ways the DeJong deal could go. The PR hypes Mitchell’s Rallycross efforts, which has us wondering if we’ll see a tie-in with the Vaterra Kemora. We’ll just have to wait and see! Until then, here’s the official PR:

Champaign, IL: Horizon Hobby is excited to announce its partnership with up-and-coming Global Rallycross driver, Mitchell DeJong. Just 15 years old, Mitchell has been racing everything from go-karts to off-road vehicles since the age of five. Along the way he’s won several big-name championships and was named the Pro-Buggy Rookie of the Year in 2012. This year Mitchell is making his Global Rallycross debut driving a 310hp Lites-class car. His first GRC appearance was at New Hampshire Motor Speedway on July 11. He will be making his first GRC appearance with Horizon Hobby sponsorship August 4 at the X Games in Irwindale, California.

Horizon Hobby Brand Manger, Derek Wagner, summed up the company’s enthusiasm for the new partnership. “We are extremely excited to have the opportunity to work with Mitchell and his family. He’s exactly the kind of competitor we need representing our RC surface brands to thousands, if not millions, of full-scale racing fans throughout the world. He’s positive, professional and, of course, extremely talented. It’s going to be a real privilege growing with Mitchell as his career progresses in the world of full-scale racing.”

Be sure to look for Mitchell’s #24 car at these Global Rallycross events: 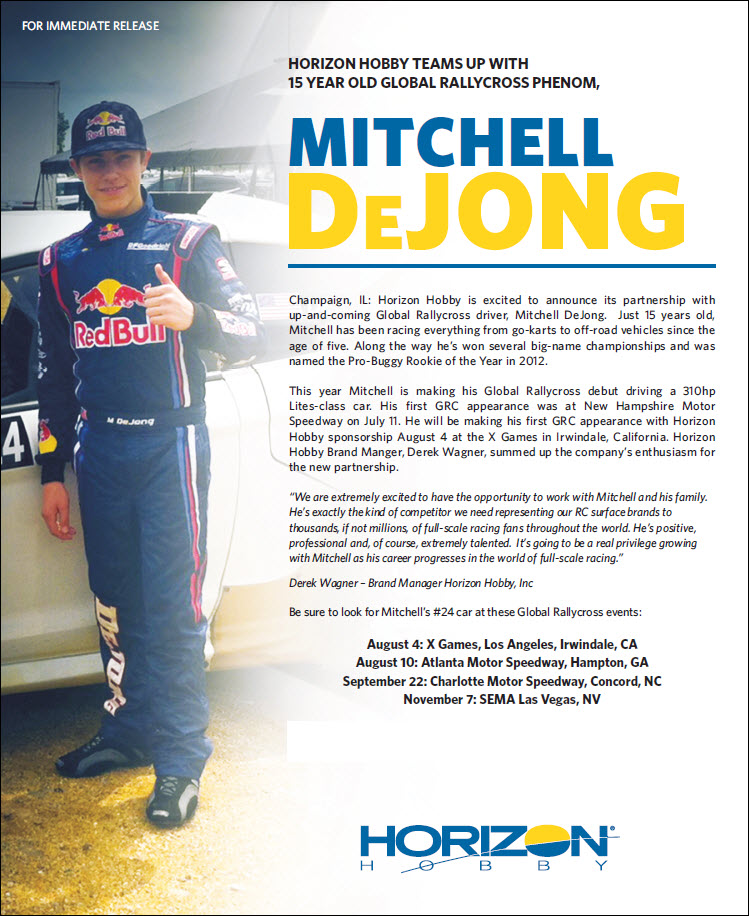 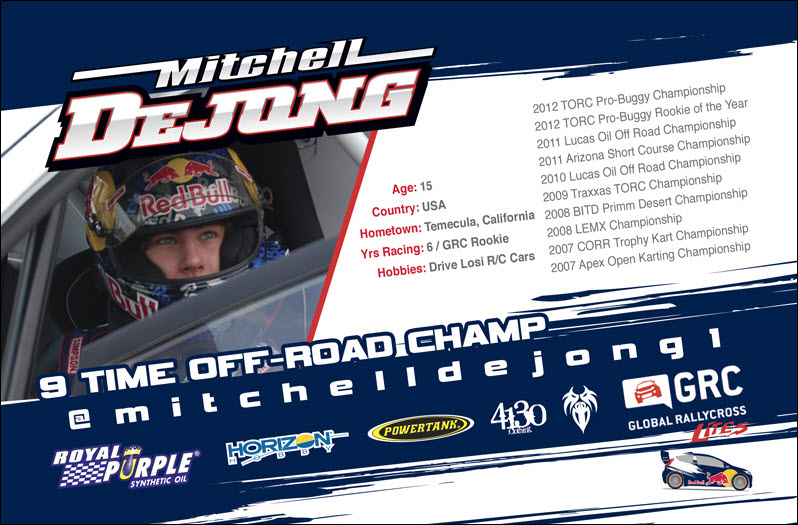