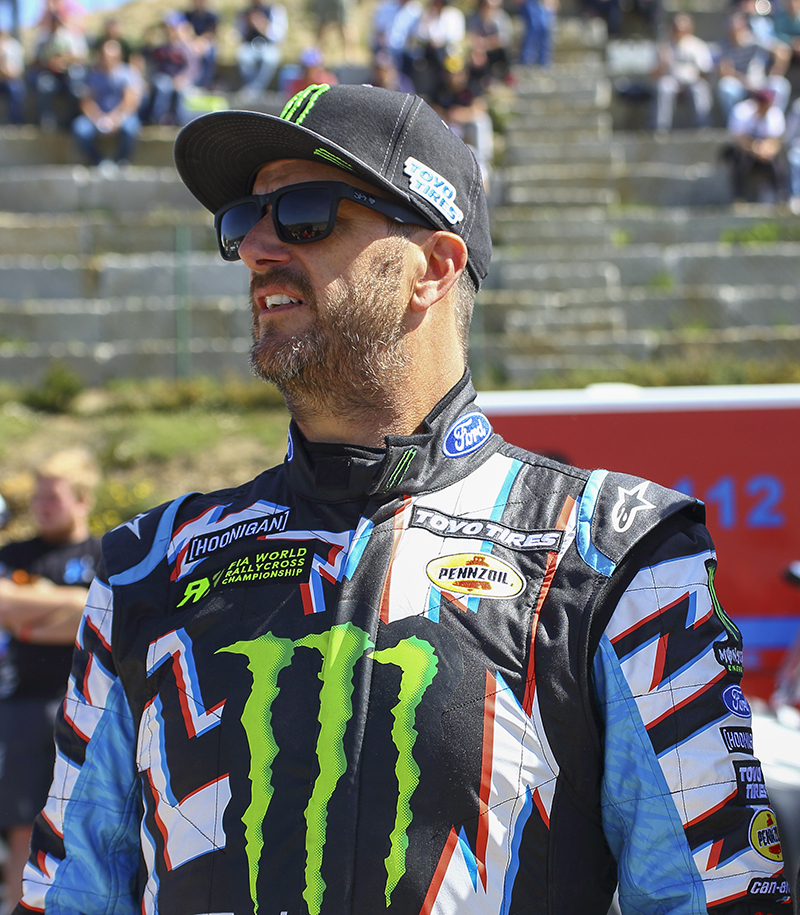 By now car buffs the world over know the name Ken Block and his band of tire-obliterating mad geniuses at Hoonigan Racing. Legions of fans have been blown away by his jaw-dropping stunts in the record-smashing Gymkhana videos on YouTube. Gymkhana 7 was the world premiere of Block’s wildest—and by far most recognizable—car yet: the legendary Hoonicorn ’65 Mustang. That video has already been viewed a mindboggling 45 million times. And counting. 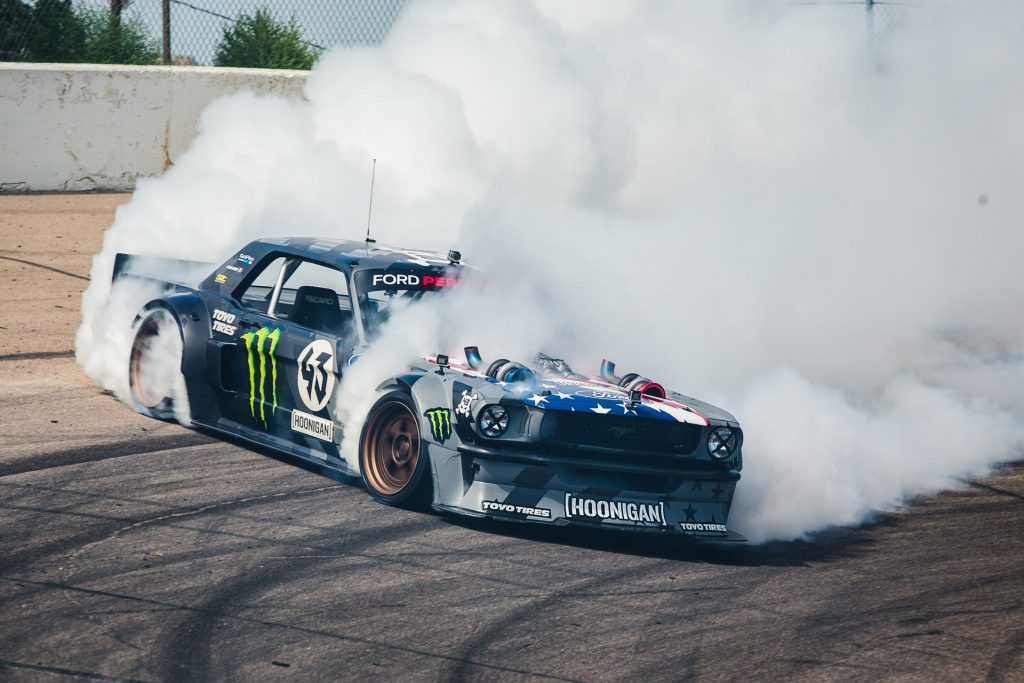 Fun Fact: F1 ace Lewis Hamilton wanted to buy Hoonicorn from Ken Block. Block’s asking price was too steep even for the reigning Formula 1 Champ! Clearly Block had bigger plans for it — which included a pair of turbos for Version 2!

Watching those vids we’ve all wanted to be Ken Block—to strap in and take a spin in one of the awesome machines from the Hoonigan stable. Preferably Hoonicorn! Since that’s probably not happening any time soon, HPI has the next best thing with its 1/10 scale RC Hoonicorn. But just how close is it to the outrageous original?

Just look at this side-by-side of the two: 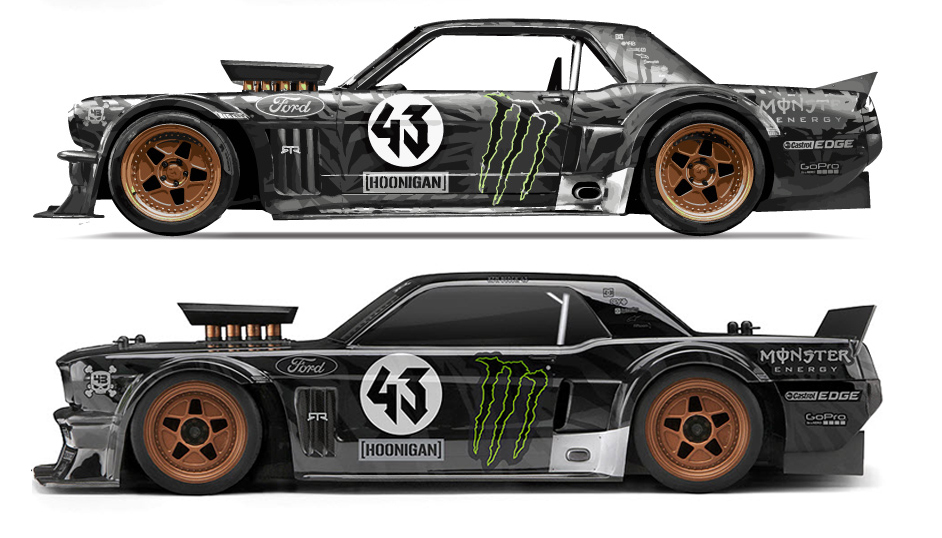 HPI’s version (bottom) is a little – uh – blockier than Ken Block’s at the front and rear overhangs, and it sits a little lower, but otherwise it’s pretty much a dead ringer to the car that started life as a ’65 Mustang notchback.

But the looks are only half the trick—what about the hardware? Hoonicorn is an otherworldly hybrid of classic muscle, drift car, and Block’s own competition RallyCross Ford. Under the Mustang shell sits a chassis with independent suspension and rally-spec all-wheel-drive system powered by a beastly 410 cubic-inch V8 built by NASCAR powerhouse Roush/Yates that makes 845hp. That is, until Block’s team bolted twin turbos on it—now version two makes 1400hp! 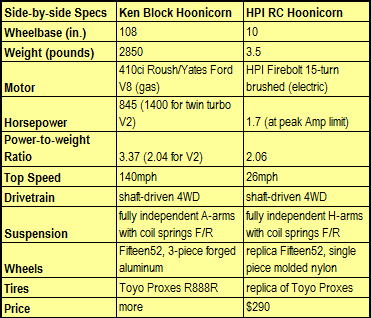 HPI’s specs match up amazingly close. It too has fully independent suspension and all-wheel-drive. Power comes from an electric motor system, and its peak rating translates to about 1.7hp. When you consider the HPI Hoonicorn only weighs 3.5 pounds, that means the power-to-weight ratio is spot-on to the 1400hp V2: an insane 2.04 to 1! Its 26mph top speed translates to 260 scale mph—nearly twice the 140mph wheel-speed limit on Block’s car! The tires are grippier than Ken Block’s Toyos, but if you seek out driving surfaces that are wet or dirty—like Block does in Gymkhana 7—you may be able to reproduce some of the same wicked slides too.

Bottom line: the HPI Hoonicorn Mustang is the closest any of us will ever get to driving one of Ken Block’s maniacal machines. We’ll take it!

Oh, and if you’re one of the three people left on the planet who hasn’t seen Gymkhana 7, here you go!