The 2016 IFMAR Worlds in Beijing, China are just around the corner and recently it was announced that current 1/12-scale Champion Marc Rheinard was making the switch from CRC to Yokomo for 1/12-scale racing. With such a big move, it is easy to understand the interest. Take a look at the photos he shot of his Yokomo YRX12 as he continues his testing leading up to the event. 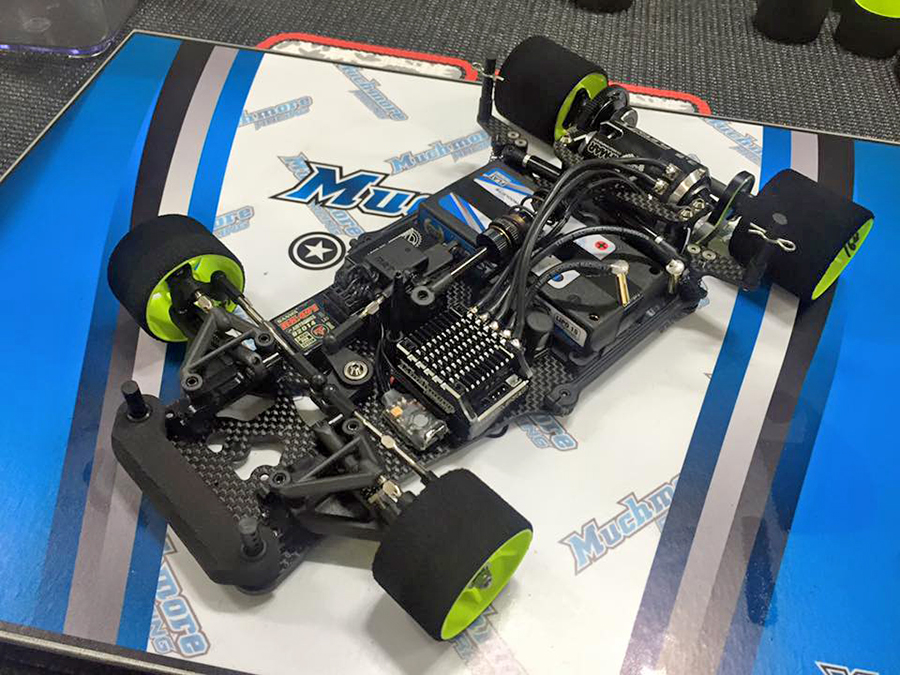 The car Mar Rheinard is currently testing with as he prepares for the Worlds in China. The Yokomo YRX12 has a new chassis than its predecessor and includes the changing of carbon fiber material and shape designed to increase stiffness. 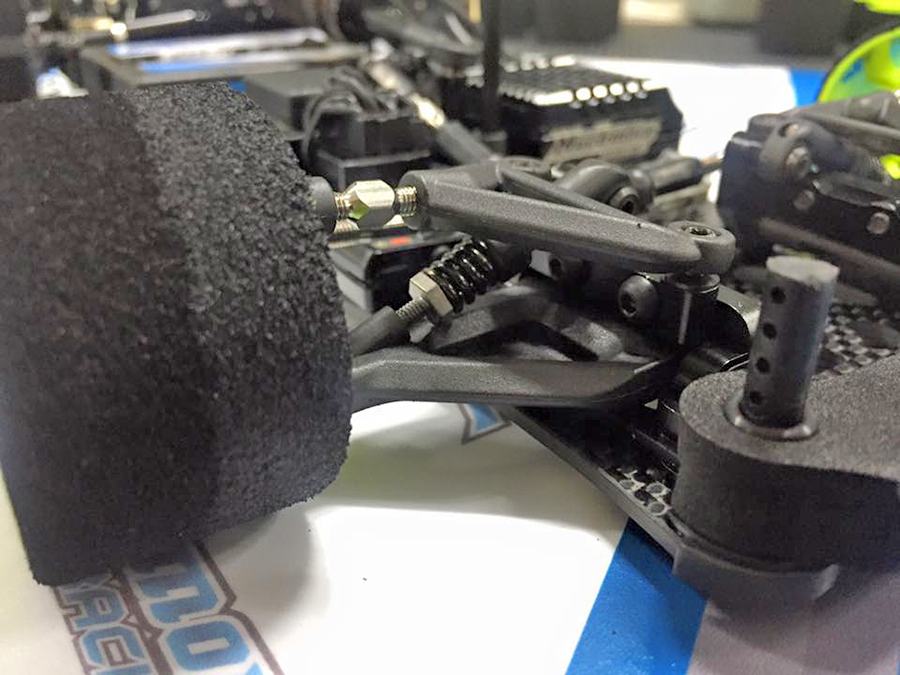 The front end sports an unusual sprung big bore dampening system that is unusual for pan cars. It features a double wishbone and pushrod design that claims to have better corner stability. You can also see his inside only, tire sauce application. 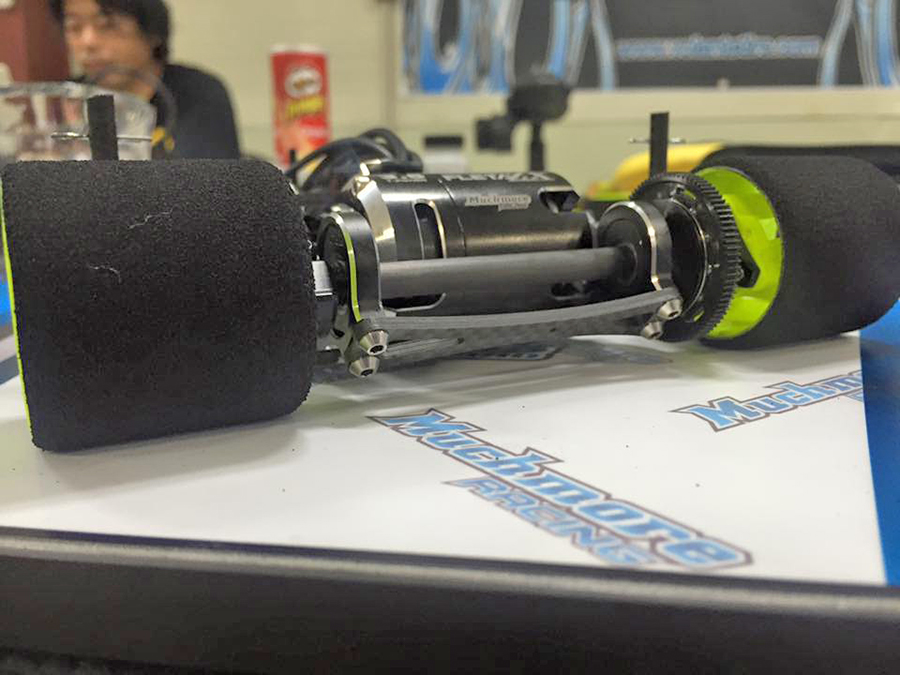 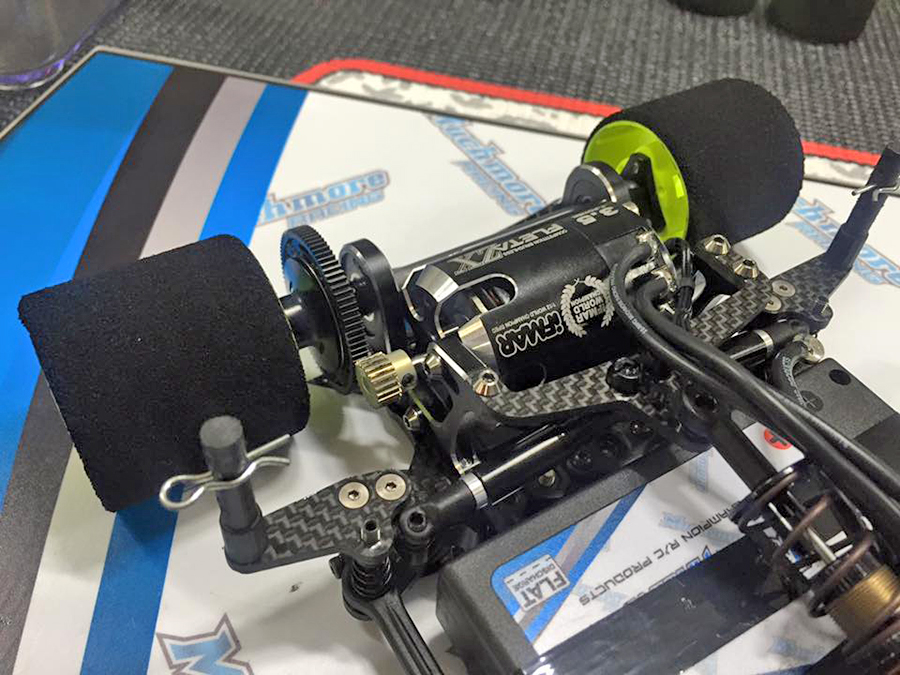 That’s a lot of power and unheard of just a decade ago. A 3.5T combined with LiPo power for eight minutes, means some serious speed. 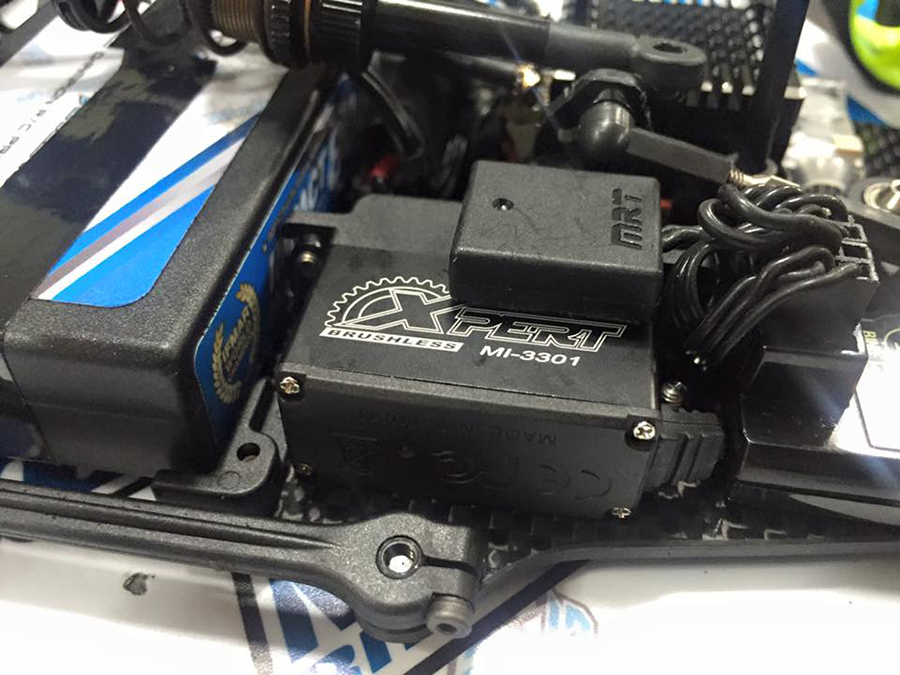 One big feature is the car’s ability to place the servo in either the traditional spot up front, or on the side with a link running to the steering. Marc also places his personal transponder on the servo.