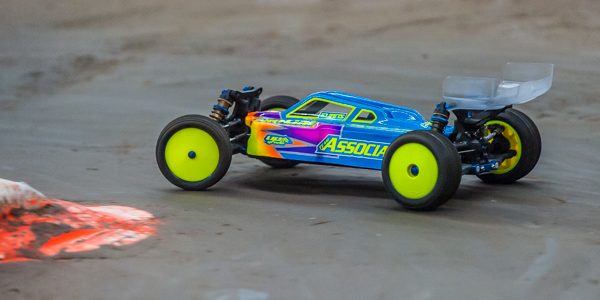 Many of the Factory Team Drivers of Team Associated are debuting the new, highly anticipated B64D 4WD buggy at the 2017 Reedy Off-Road Race of Champions going on right now and we were fortunate enough to peak under newly signed Dustin Evan’s personal car. Sporting Reedy electronics, the buggy is already showing impressive speed and Dustin is feeling very confident with it. Will he carry that building speed in to racing is yet to be seen, but the 2011 Reedy Race Champion has the skills to back it up and when he feels confident, big things happen. Let’s take a closer look. 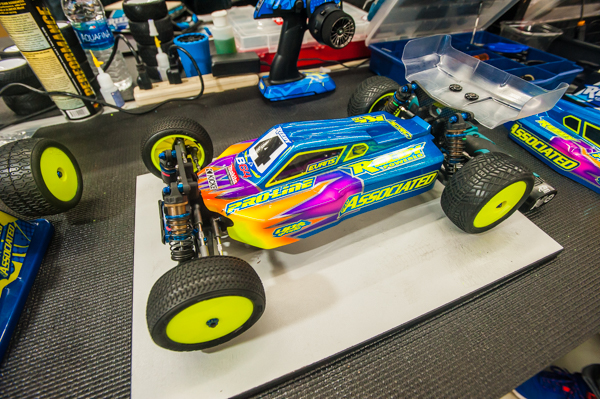 Evan’s B64D is showing great speed and although he’s had very limited time with it, his changes are rather minor. 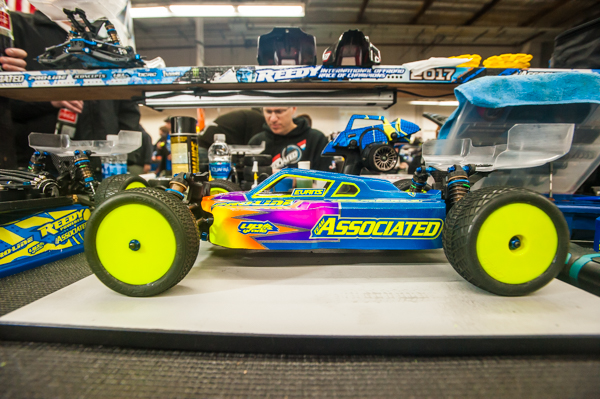 Dustin Evans recently switched to Team Associated after a long stint with TLR, but he still incorporates his signature livery. 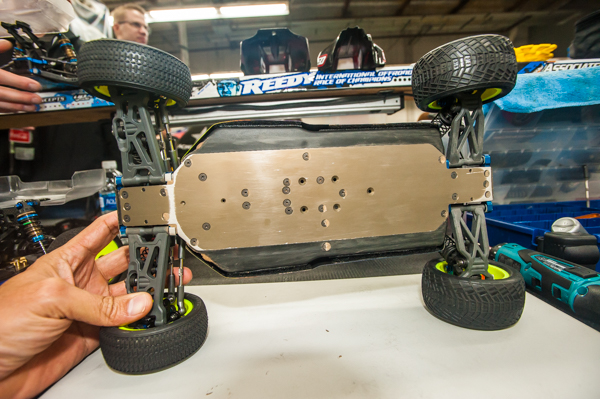 The B64D uses an aluminum milled chassis with plastic sides. You can also see the hard plastic arms that the drivers are using. 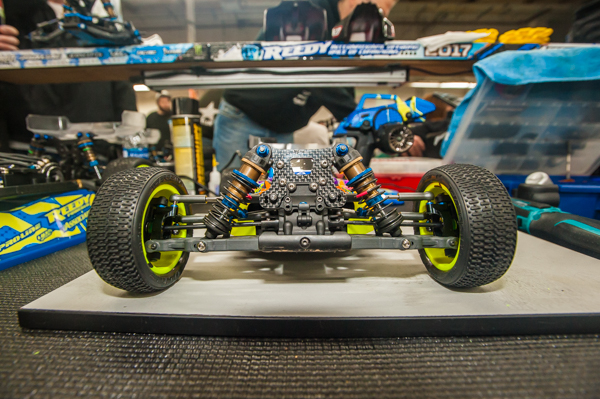 The front end of the buggy. Note the red springs and coated shock bodies. 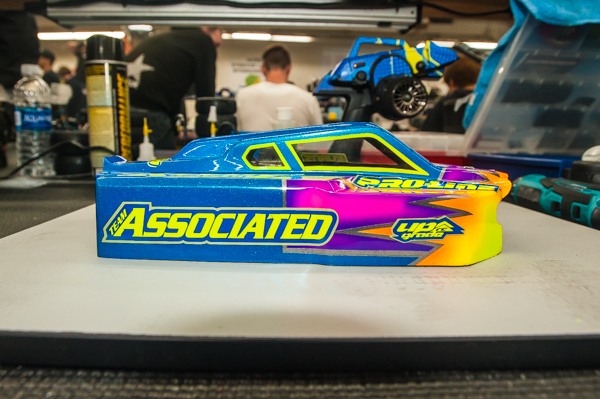 With the body off, you can see the subtle details including a small stabilizer fin and cab forward styling. 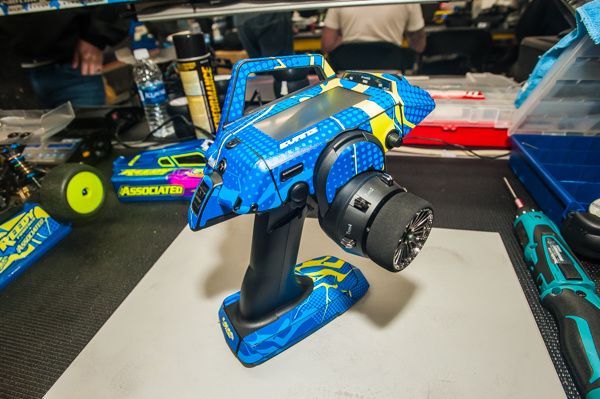 Evans is now running a Sanwa M12S with his livery “wrapped.” 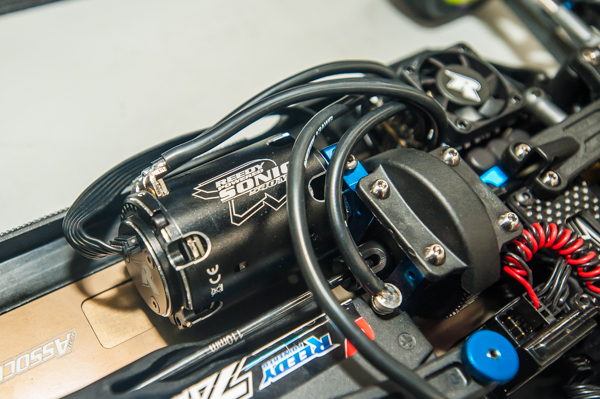 A 5.5T Reedy Sonic M3 motor gives the buggy plenty of power to compete with the best. 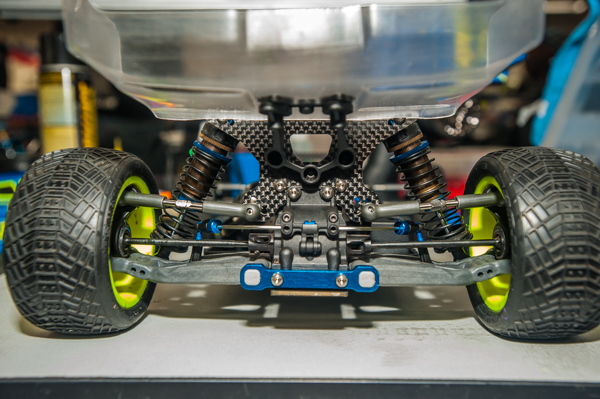 Detail of the rear end of the buggy. 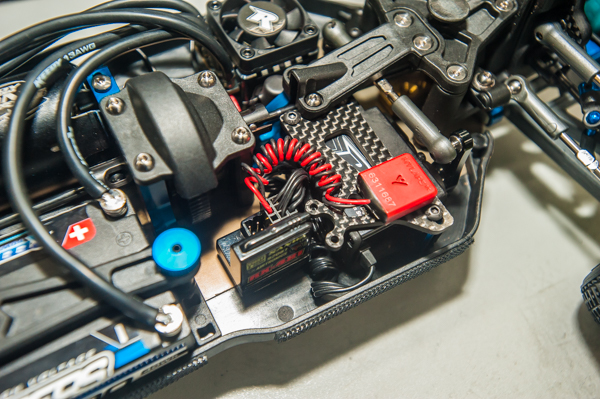 The front end of the buggy including the center gear diff that’s filled with 200K silicone oil. 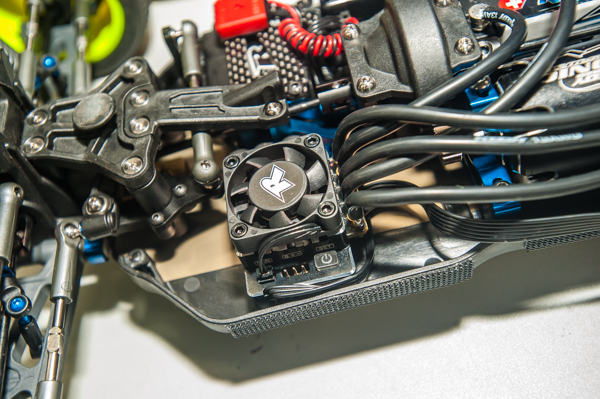 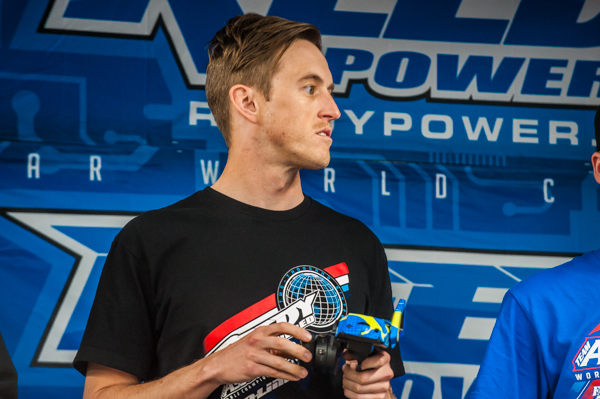 2017 marked some big changes for Dustin Evans who had been with TLR for years.