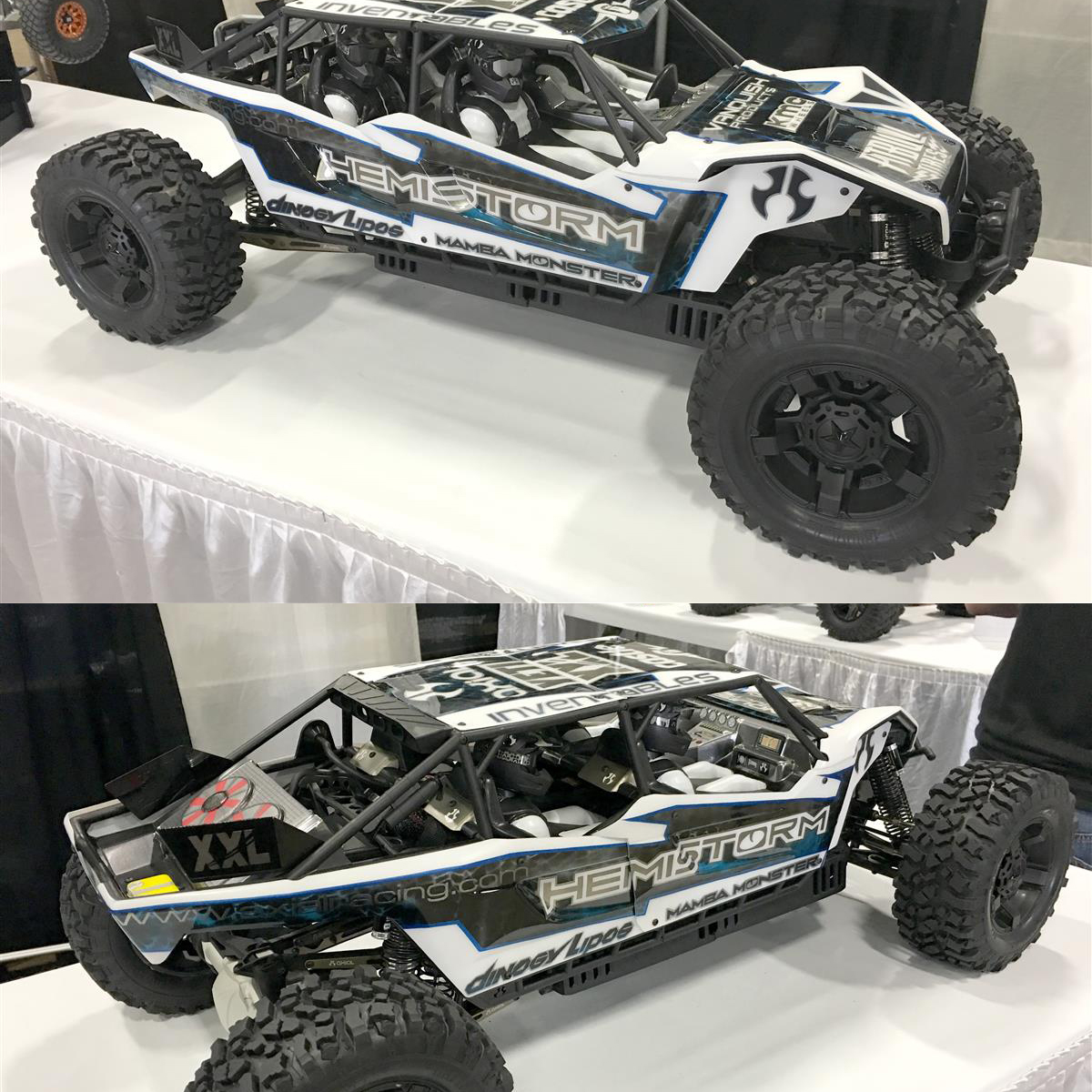 Look at this bad boy! Prolific YouTuber HemiStorm sawed two Axial Yeti XL’s in half to make this amazing machine, a stretched-wheelbase 4-seater with a driver, co-pilot, and two guys getting nauseous in the back! The big rig sports a machined Delrin chassis and dual Castle  Mamba X power systems. Hemi says he had to keep the beast mint for the Castle Creations display RCX, but he fully intends to rip it up now that the show is in the history books. See all the build videos below! 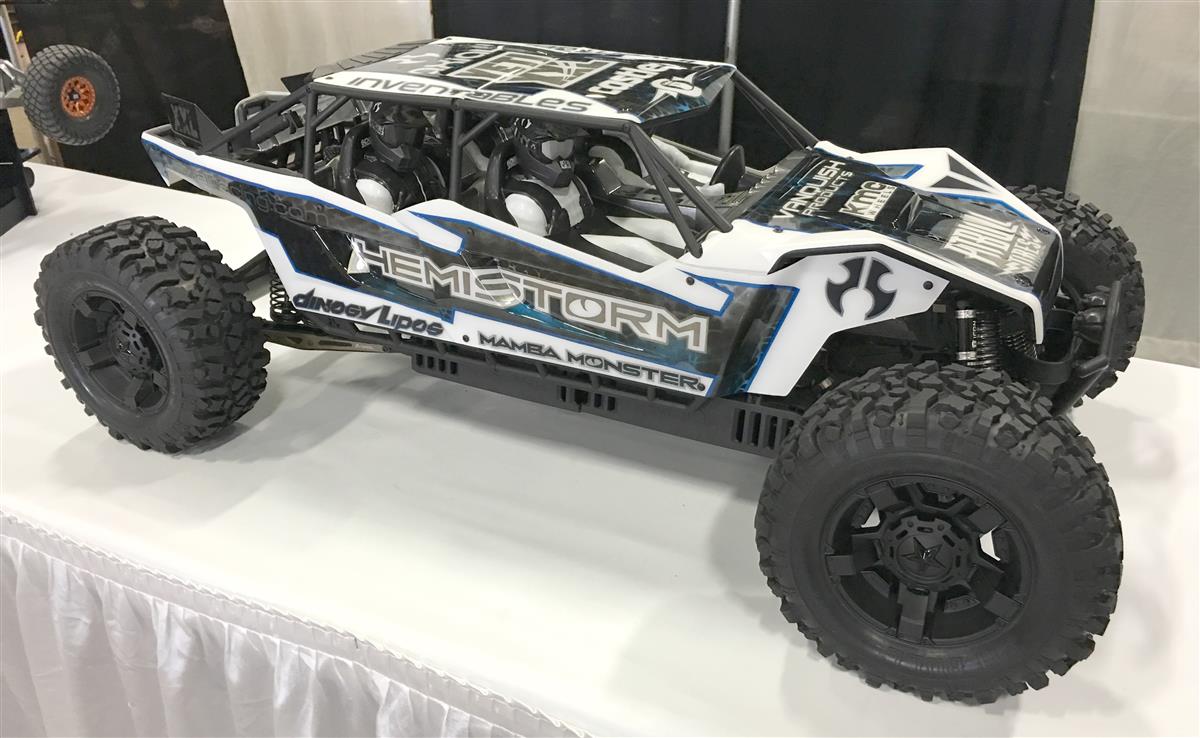 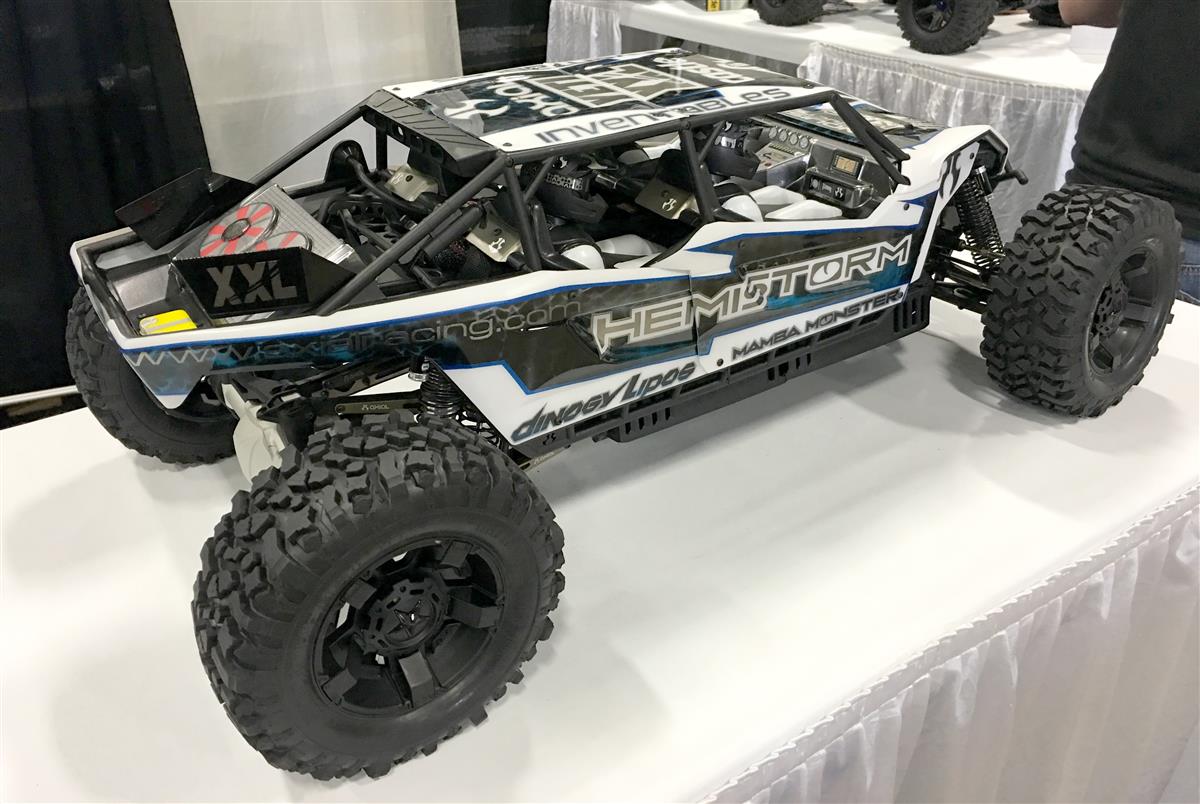 Rear angle, you can just see the Vanquish rear axle. 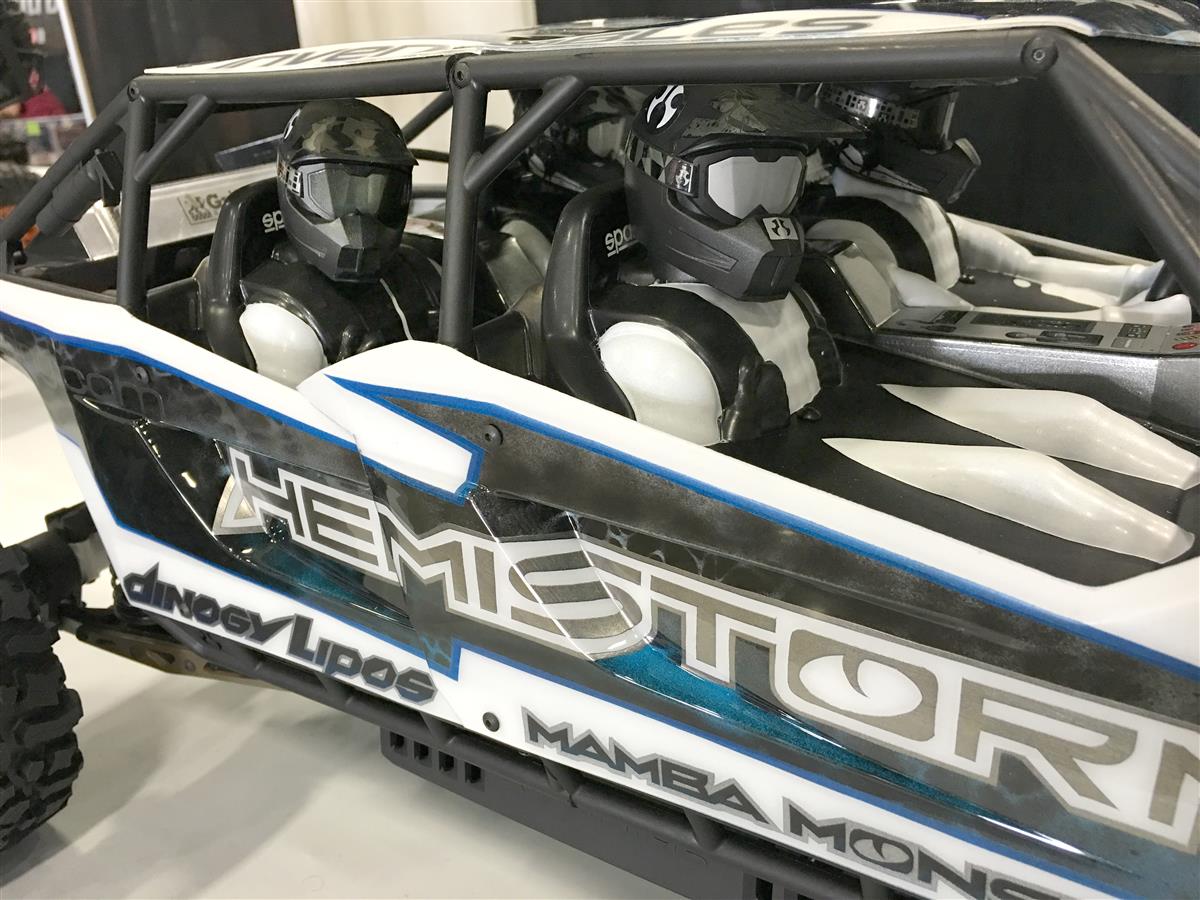 Just four dudes out for a cruise… 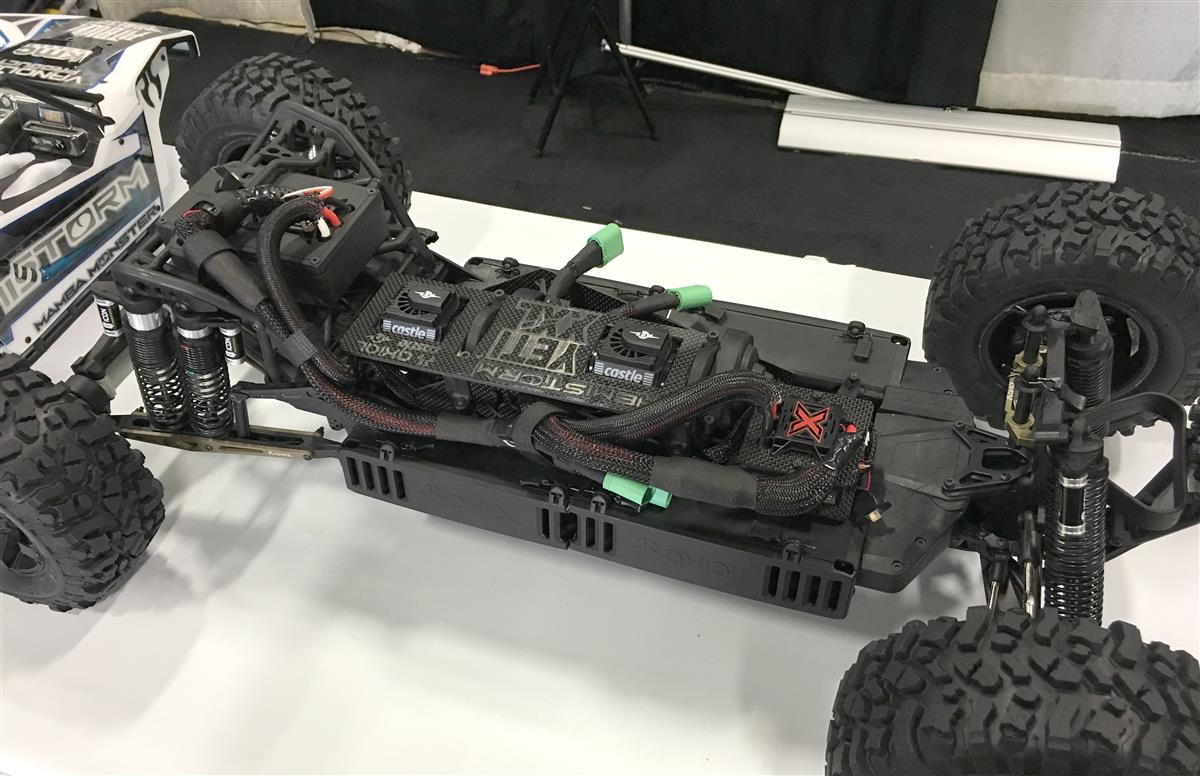 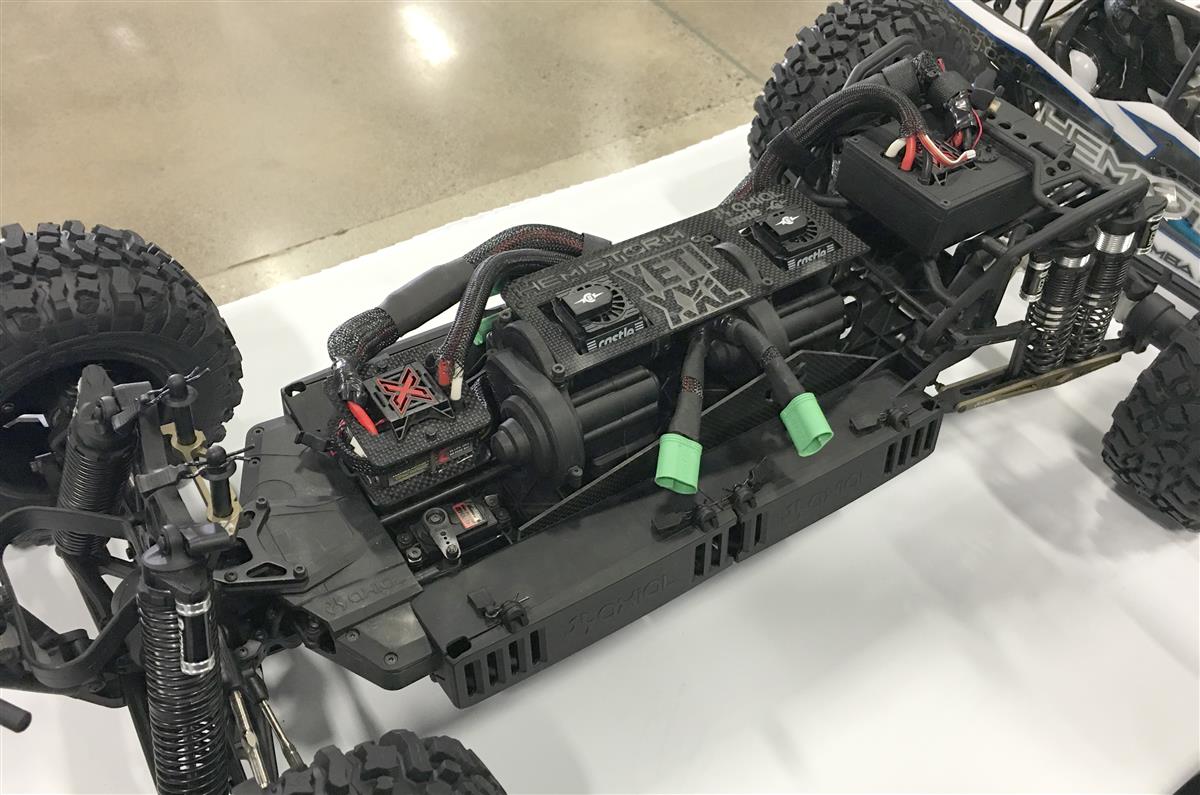 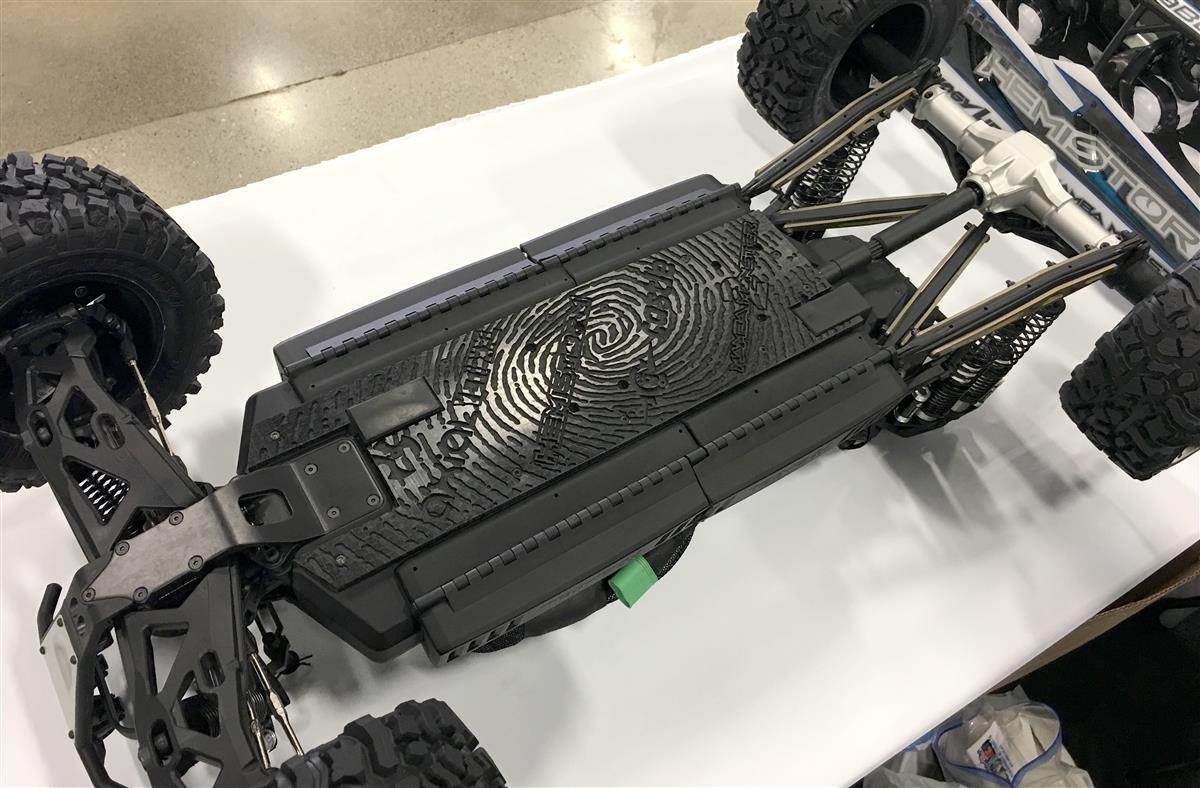 The chassis is a machined slab of Delrin with HemiStorm’s fingerprint robo-carved into the plastic. 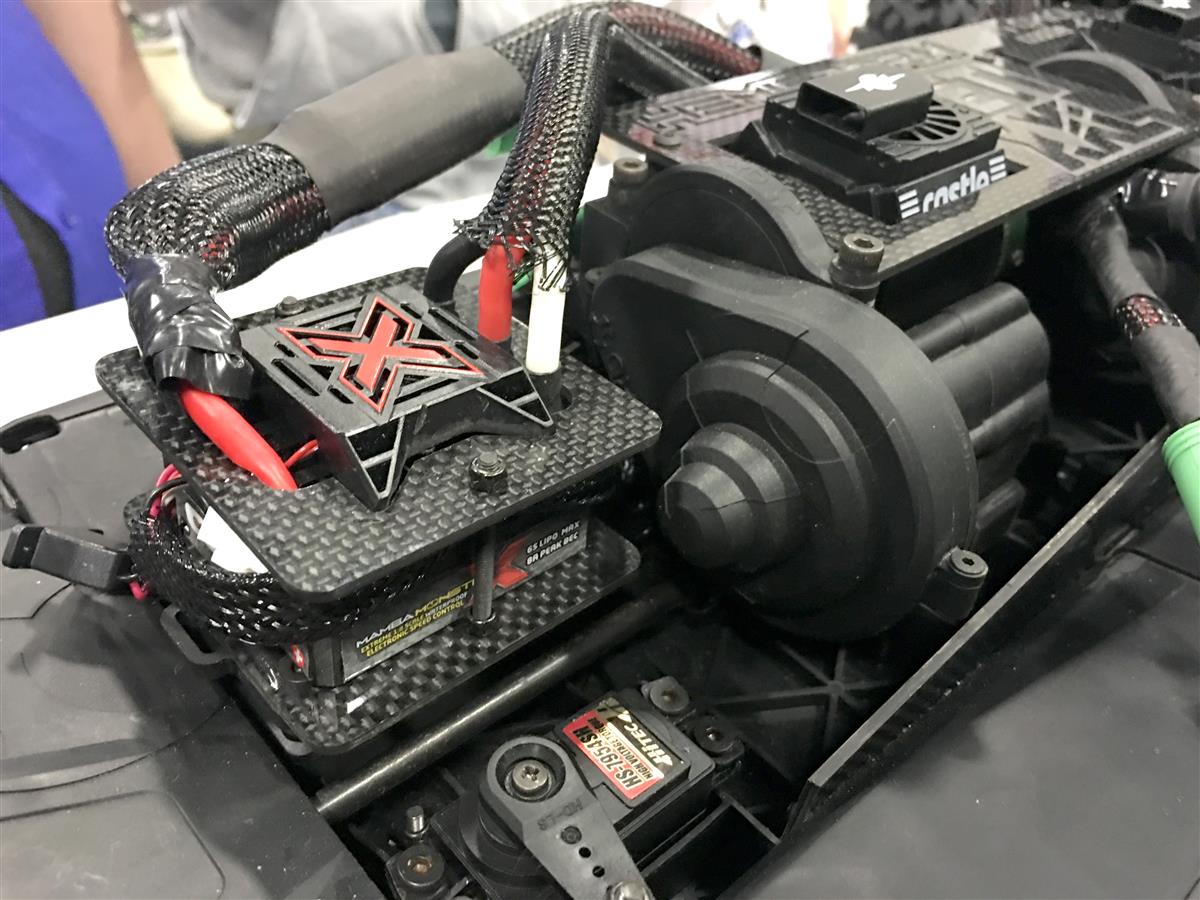 Pretty sure that speed control’s not gonna budge. 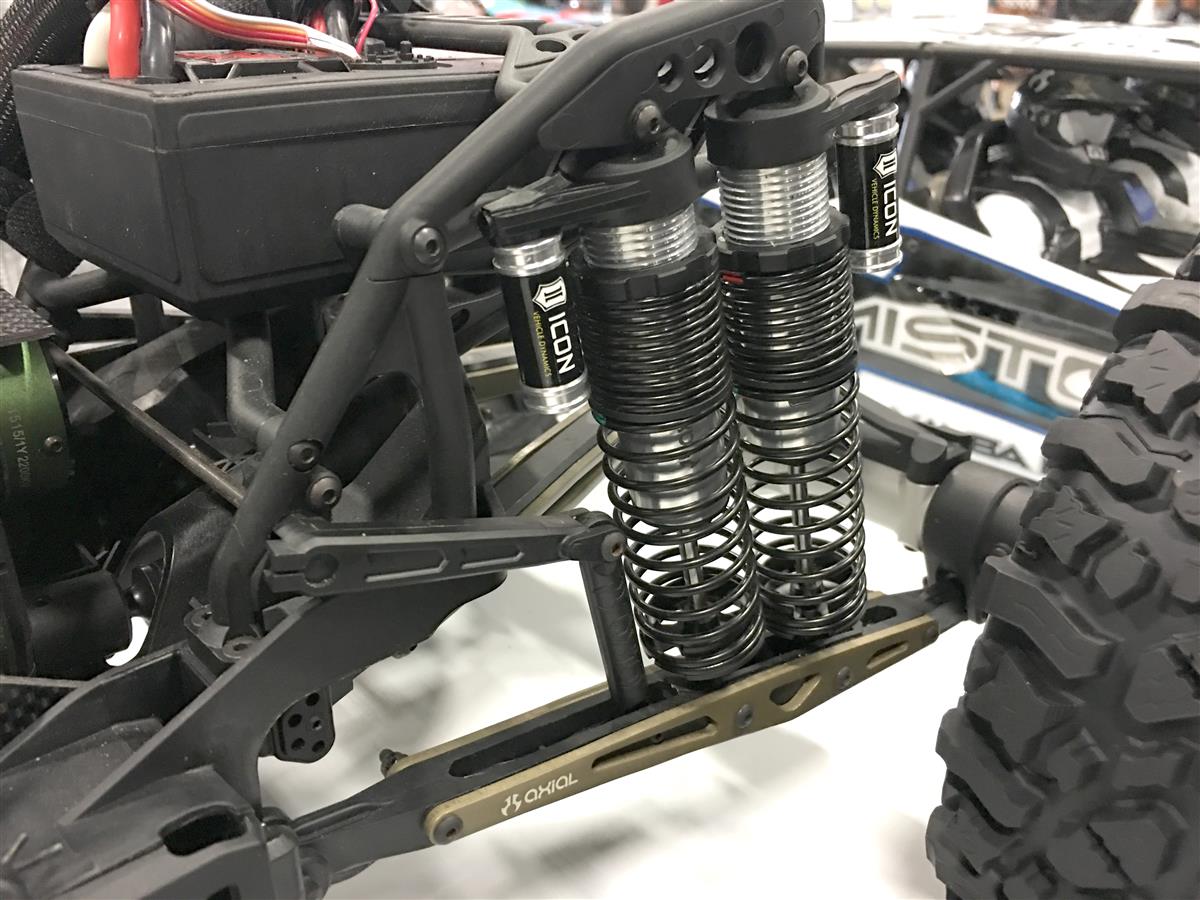 There are six shocks in total, four on the rear axle. Lots of oil in this rig… 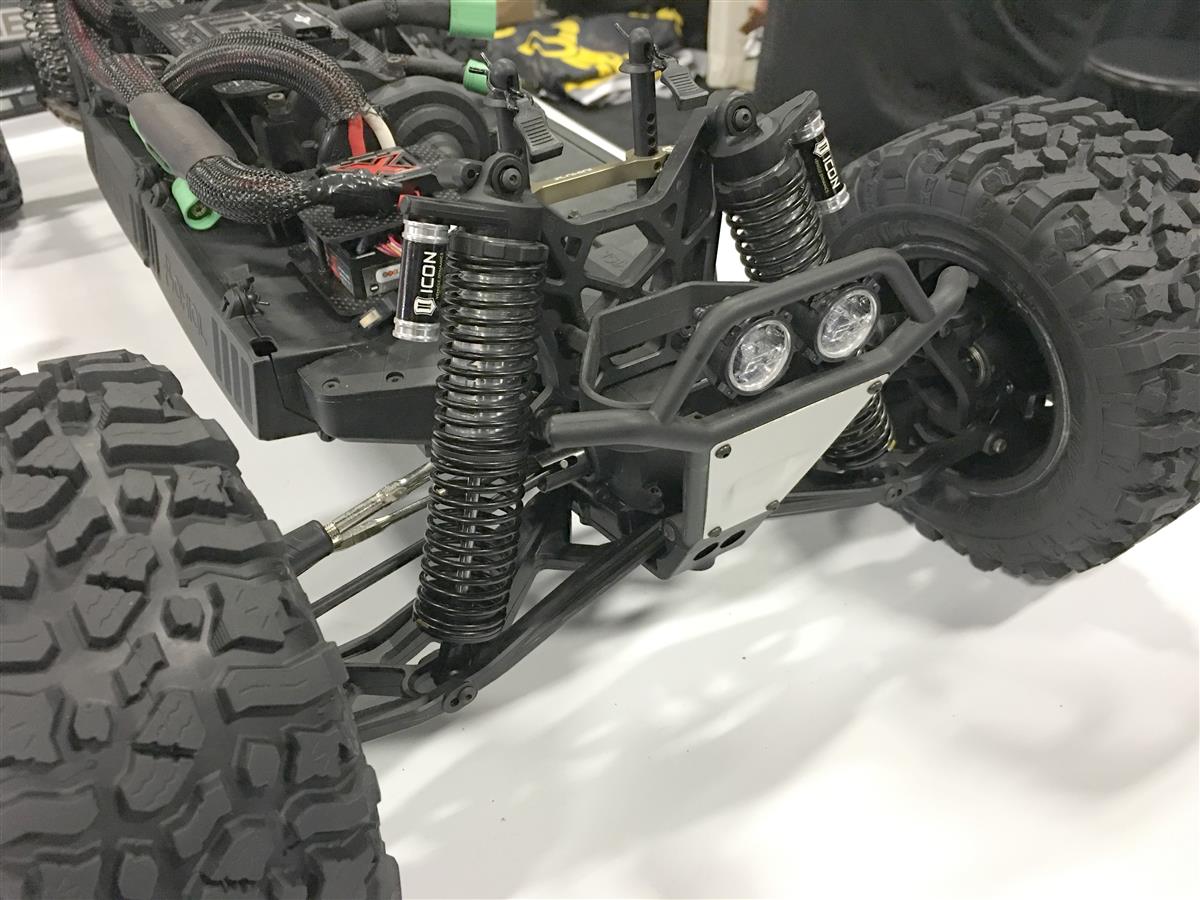