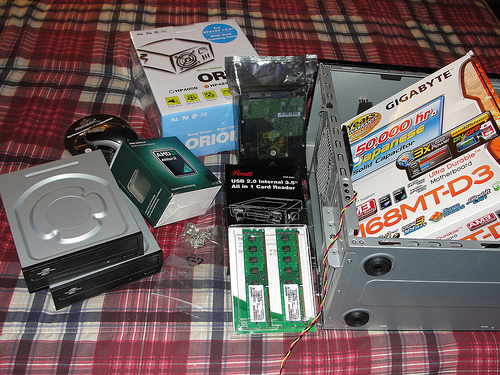 The vast majority of RC vehicles offered are pre-built RTRs. This makes sense since when most people buy something, they want to be able to use it right away. Seems reasonable. If you had the choice between two computers–same price, one pre-built and ready to plug in vs. an unassembled box of parts–you’d probably go with the pre-built one. Oh, but think about how much you’d learn about computers as you assembled yours. That “added bonus” seems silly in this context, but it’s one of the prevailing arguments of the pro-kit crowd. The other prevailing argument (the only other argument, really) is that someone taking their time building their own kit will be able to do a better job than a factory focused on mass production. Seems reasonable. In fact, this very notion kept me away from RTRs for years. The big assumption here, however, is that the end user at home will actually assemble the kit correctly. Case in point: I recently got my hands on two old school gold tub Team Associated RC10 buggies. What’s interesting about these two buggies from the days of kits and only kits is that they were both assembled incorrectly in different ways. I’m not talking little mistakes; I’m talking “How the heck did you not notice that?” Both of these buggies were raced and I can assure you that both of these racers would have benefited from running a RTR. So, am I pro-RTR and anti-kit? No, I still enjoy building kits just for the fun of it and, as a racer, there’s still part of me that thinks I can do it better. I do, however, love the convenience of RTRs. So, I’m split. I don’t believe one is better than the other. How about you?

> Potential for error in assembly