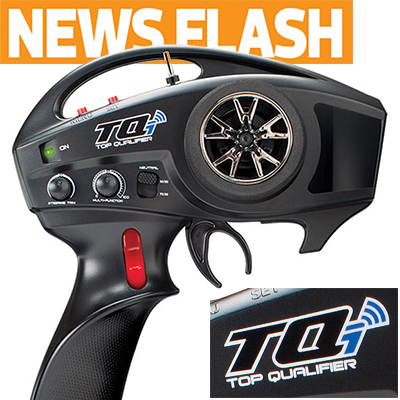 Ready to get your tech on? There’s a lot going on here. First, let’s take a look at the the new TQi transmitter, which looks just like the current model, until you notice the “i” is now blue, and has radio waves beaming out of it (or, if you flip it the transmitter over, you’ll spot the new Bluetooth module). So, does that mean the transmitter now talks to the receiver via Bluetooth? No, that still happens via a 2.4GHz signal. What the Bluetooth does do is allow the transmitter to interface with your iPhone and the Traxxas Link application without having to physically plug the phone into the transmitter using the Docking Base. So, no worries about needing an adapter to jack your iPhone 5 into a 30-pin connector, and no need to add the heft an iPhone to your transmitter–it can stay in your pocket. Or, it can stay in your pit man’s pocket, so he can make changes to your setup as you drive. Need more steering throw? Less drag brake? Tell him from the stand and he can dial it in on the fly. Added bonus: with no plug compatibility hassles to deal with, adding Android to the Traxxas Link mix just got a whole lot easier, and Traxxas says an Android version of the app is on the way. 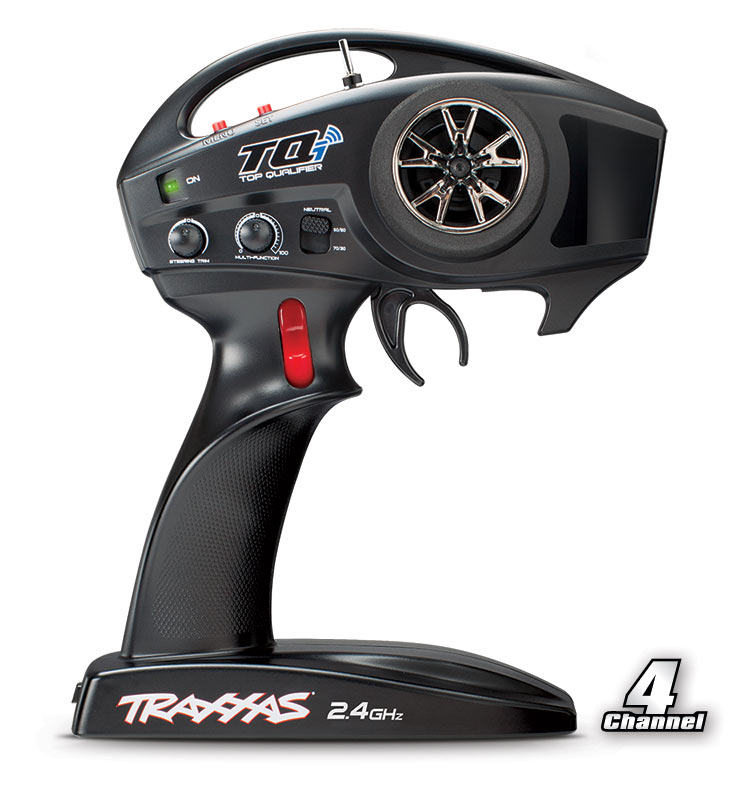 Think of it as the “invisible Docking Base.” Traxxas will offer the new Bluetooth-ready radio with select models (see press release further below) as well as a transmitter and receiver combo for use with any RC vehicle. 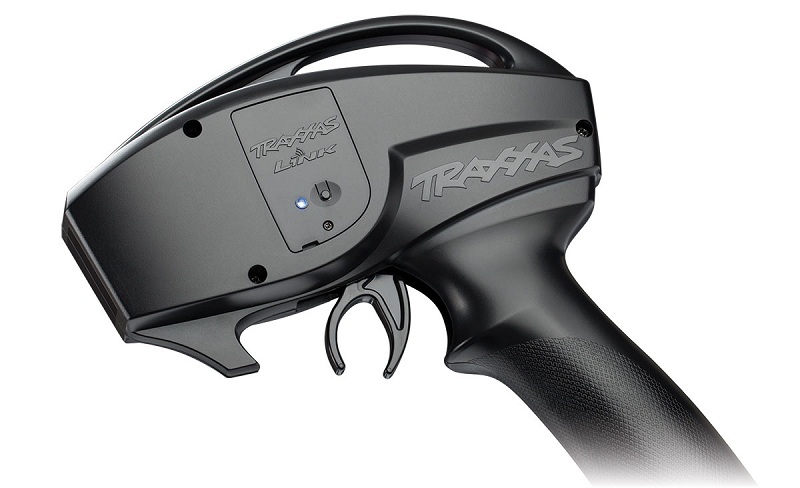 The new Bluetooth module in place. It will be offered as an accessory as well as a factory-installed part.

In addition to the new Bluetooth capability, Traxxas is finally ready to release the much-anticipated GPS Speed Telemetry Module and the Telemetry Expander that supports it. No more RPM-derived speed estimations; with GPS, you get the same accurate speed readings no matter what’s happening with engine, motor, gear, or wheel RPM (and there’s no finicky sensors or magnets to set up).

This pic shows the enclosed Telemetry Expander, the Expander opened, and the GPS module itself. 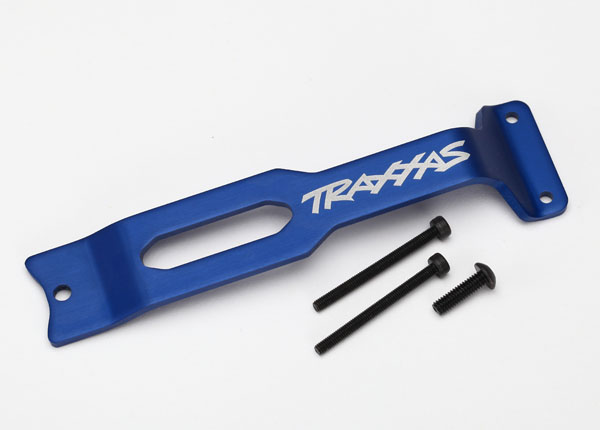 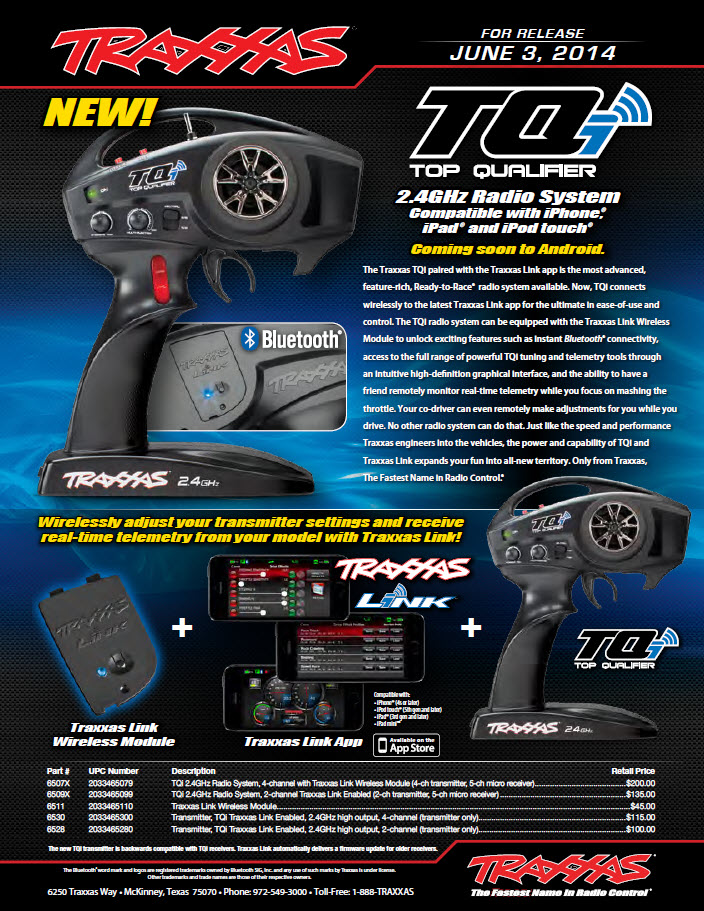 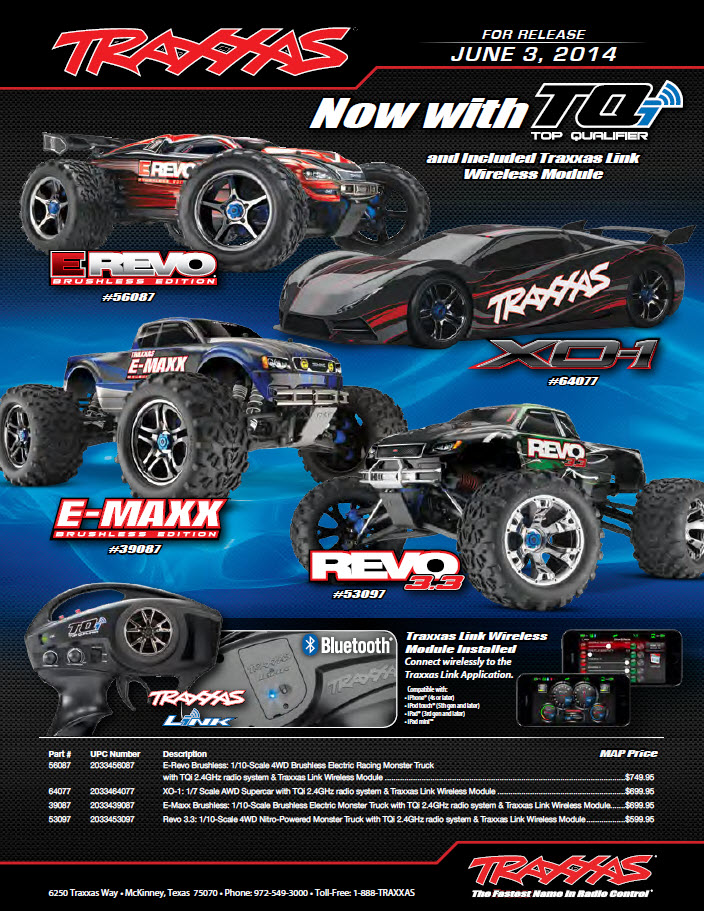 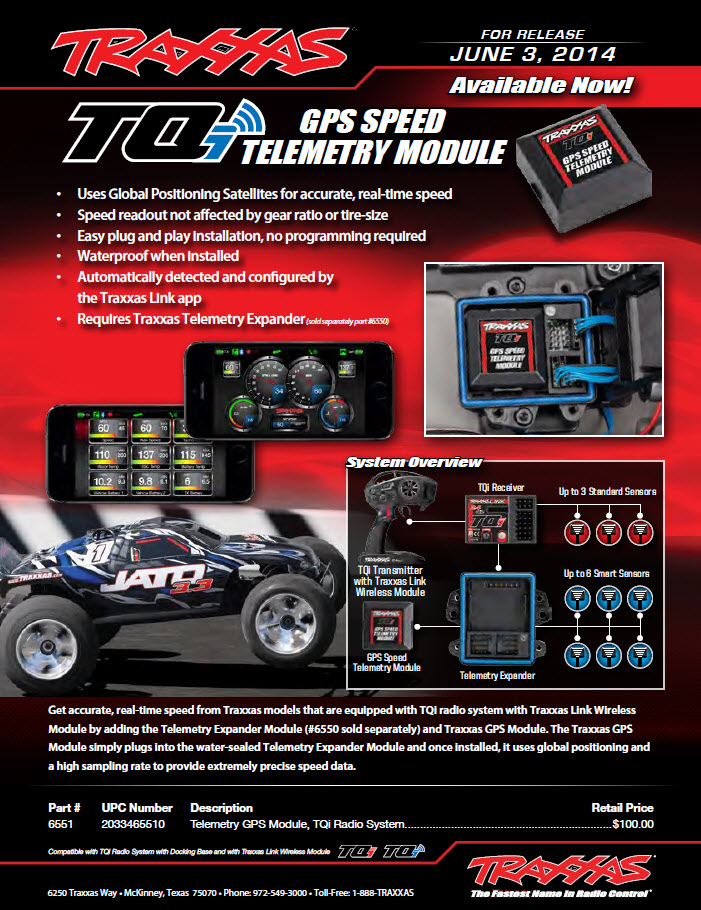 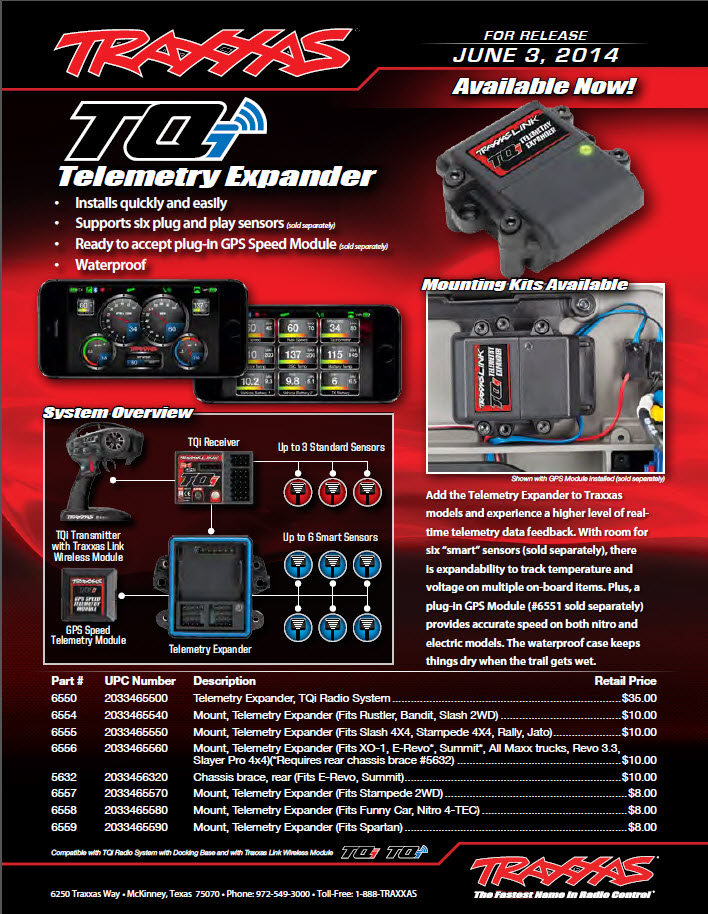 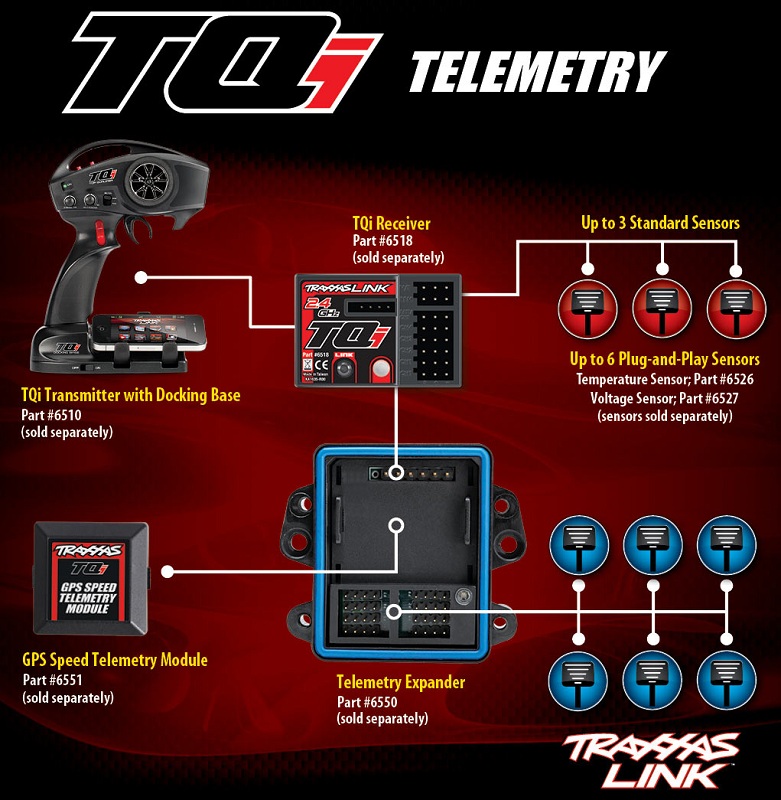