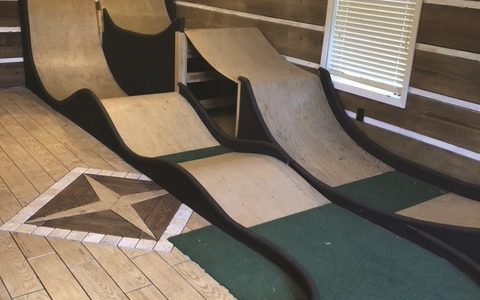 Don’t you wish you could run full RC races in the comfort of your own home? That’s what one of our readers was thinking when he figured that he could build and configure an RC track complete with jumps in his own in his garage. Having built skateboard ramps in the past, he knew just how to build jumps for his RCs too.

As he ramped up his plans to build the track, he happened to come across a likeminded RC enthusiast while scrolling through a classified ads app that was looking to ditch his own in-home racetrack. After a quick inspection of the track, he realized that he almost built the same type of track. What a small world, he thought to himself. A deal was promptly made and the racetrack was transferred to his house.

Crafted out of wood, the track is scaled to run RCs that are smaller than 1/10 in scale, so 1/16 and 1/18 racers would fare well on it. The original owner mentioned that he would run routinely run up to five 1/18-scale racers on it. We can imagine all the exciting action that would be to see. The track’s footprint measures about 16 feet by 24 feet and features a sheer vertical turn that runs up the wall about five to six feet up. The current owner points out that it may be hard to see, but the surface of the track is covered with a fine layer of sand varnished into it. This provides a grippy surface fit to run RCs on.

With the colder months coming up, we think this is a great way to keep friends and the neighborhood kids racing RCs through the winter. Seeing pictures of this track inspires us to create our own in-door track. 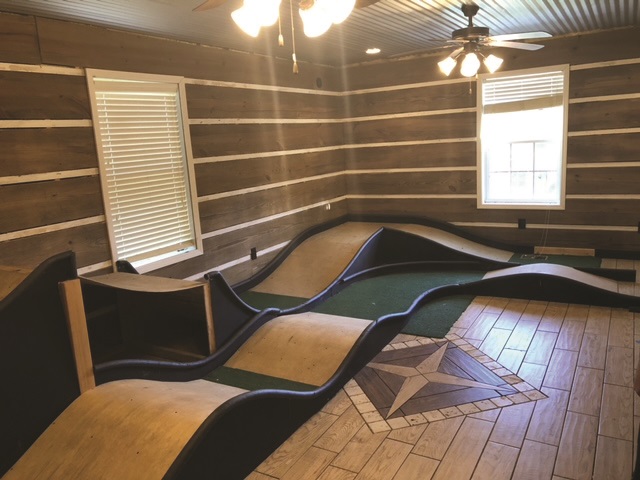