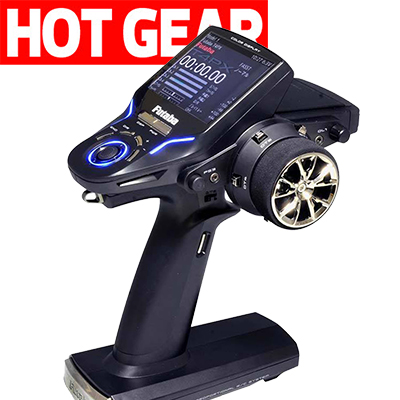 Futaba’s successor to the 4PKSR is the 4PX, and as you might expect for a $550 radio system, it’s loaded to the gills with tech–not the least of which is its new, super-sized color display. Futaba claims 30% faster response compared to the 4PKSR, and the 4PX will be compatible with T-FHSS, S-FHSS and FASST receivers. The radio also “talks” with a synthesized voice to relay telemetry data, and you won’t be running out of sensor slots anytime soon–the 4PX was 31! Expect a sturdy feel thanks to an internal aluminum frame, and if you prefer a drop-down wheel, Futaba plans to offer the option as an accessory. Look for the 4PX to hit stores by the end of Summer. 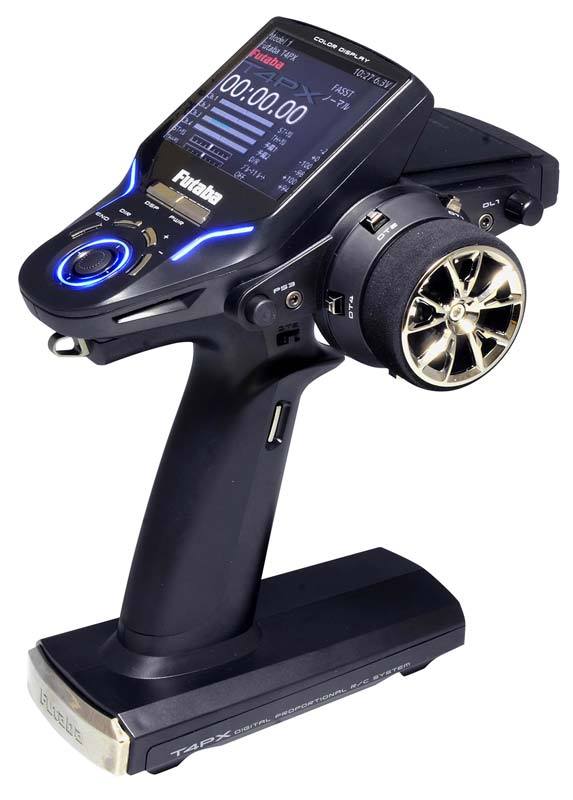 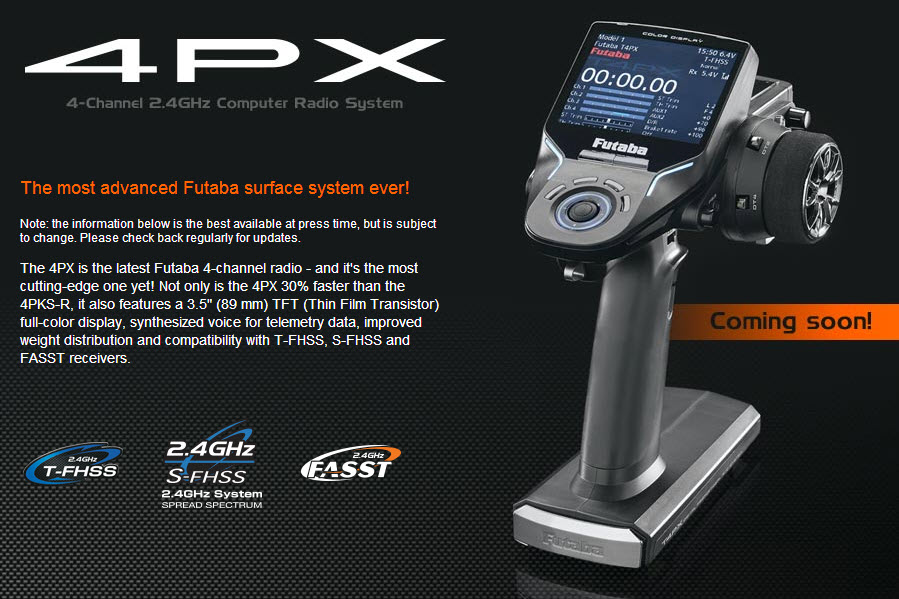 The 4PX is the latest Futaba 4-channel radio – and it’s the most cutting-edge one yet! Not only is the 4PX 30% faster than the 4PKS-R, it also features a 3.5″ (89 mm) TFT (Thin Film Transistor) full-color display, synthesized voice for telemetry data, improved weight distribution and compatibility with T-FHSS, S-FHSS and FASST receivers.