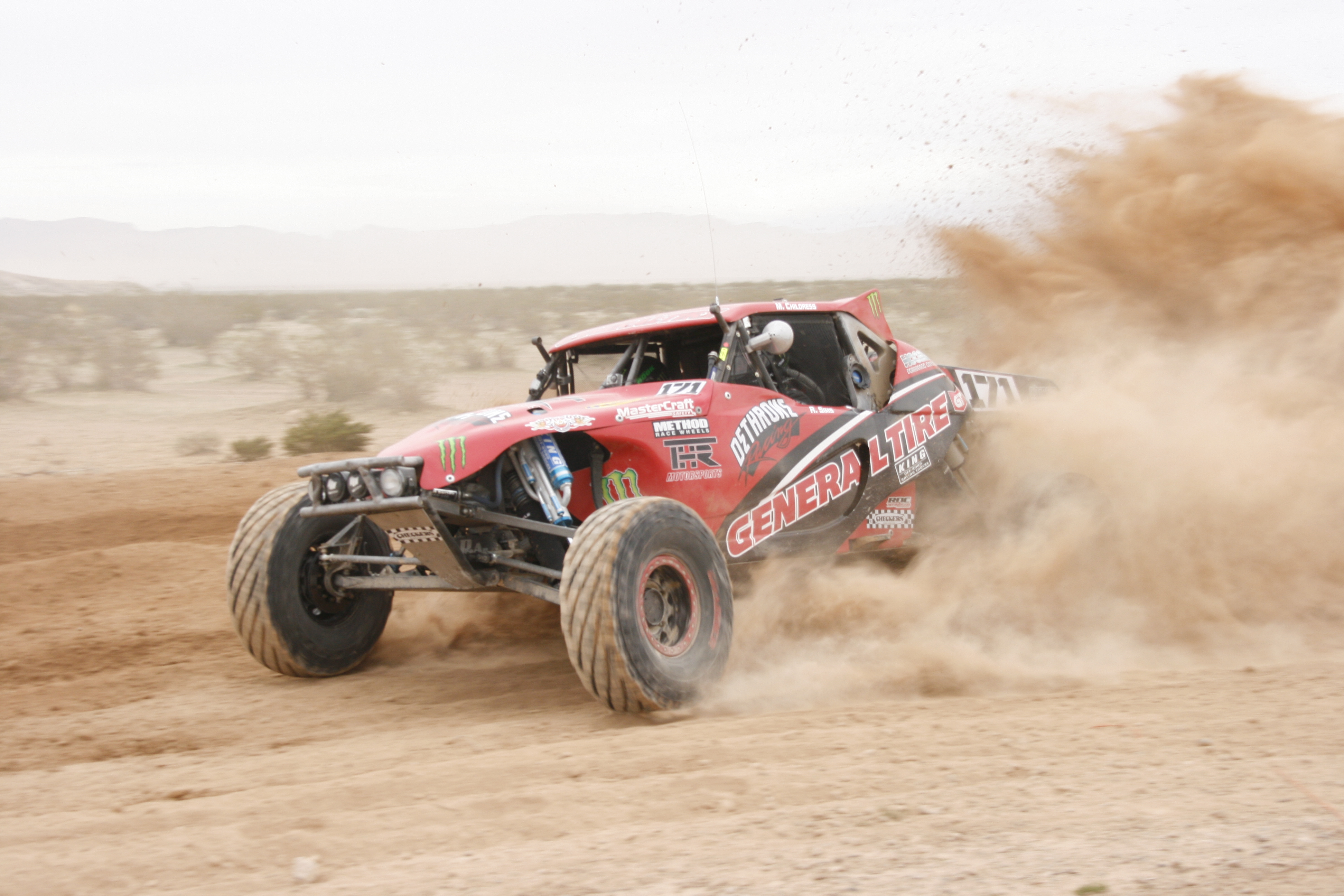 While on a recent trip to Las Vegas I attended the SNORE Mint 400. I heard that the race was going on while I was there and after making a call to my boys at HPI Racing we were in a car and on the way to the event. Friday night before the race we hit up the SNORE Mint 400 contingency. This is set up at Freemont Street in Las Vegas and while there you can see all of the trucks and cars that are competing in the event and several venders were there selling shirts and parts. At the contingency the trucks are inspected and interviews are done. The next morning the HPI guys met up early for some energy drinks and Jack in the Box and I headed out to the desert. After a lot of driving and thinking we were lost, we were greeted by dust clouds in the distance and we knew that we were almost there. I was blow away by the amount of people there and the sweet rigs and chase trucks in the pits. I even got to check out the HPI Sponsored TSA Motorsports Mini Trophy truck while I was there. It’s even cooler in person. We watched the start of the race and the cool thing is that you can get as close to the trucks as you want. I can’t say the same for a short course race. But short course truck racing has an advantage over the desert racing because you are able to see the entire track from one spot but that’s not the case in a race like the Mint 400. The vehicles run in a 100 mile loop so you only see them for a few seconds before they go off into the distance. After the start of the race we hung out to watch the first place truck come through then headed down the course a bit to catch up with the lead trucks again. Monster Energy driver BJ Baldwin had the TQ spot and easily took home the win. Heading out to the desert to watch a race like the Mint 400 is one of the coolest things that I have done and I highly recommend that you go if you have a chance. I’d like to thank the HPI guys for making that happen!